We wish we could rely on Gandalf the Grey anytime we faced a harrowing situation. But unfortunately, we don’t live in Middle Earth. Fortunately, there are some people here on regular Earth who can make him come to life. And we aren’t just talking about Peter Jackson’s The Lord of the Rings. One of our favorite pop culture sculptors, Steven Richter, is back with a new time-lapse video. This time he conjured up a realistic, incredibly detailed bust of Sir Ian McKellen‘s iconic wizard. But he didn’t need any magic. Just some clay and a deft hand.

And seeing Gandalf appear out of nothing is absolutely mesmerizing to watch.

Artist Steven Richter has created some stunning pieces we’ve shared with you before. He’s made Voldemort from Harry Potter and Mysterio from Spider-Man: Far From Home. He’s also created melting busts out of crayon of both The Wizard of Oz‘s Wicked Witch of the West and Nazi Major Arnold Toht from Raiders of the Lost Ark.

But just as good as seeing the final product is seeing how he makes them via his time-lapse videos. And the latest one for his sculpture of Gandalf the Grey may be his best yet because it’s essentially two pieces in one. First he creates a bust of Sir Ian McKellen himself, which would have been great on its own.

Then he essentially sat his piece down in the proverbial hair and makeup chair to give his sculpture Gandalf’s long locks and beard. It’s like getting two pieces of art for the price of one (free video). The end result is a captivating two minutes and a bust that looks like it’s scolding us for not agreeing to accompany Frodo. 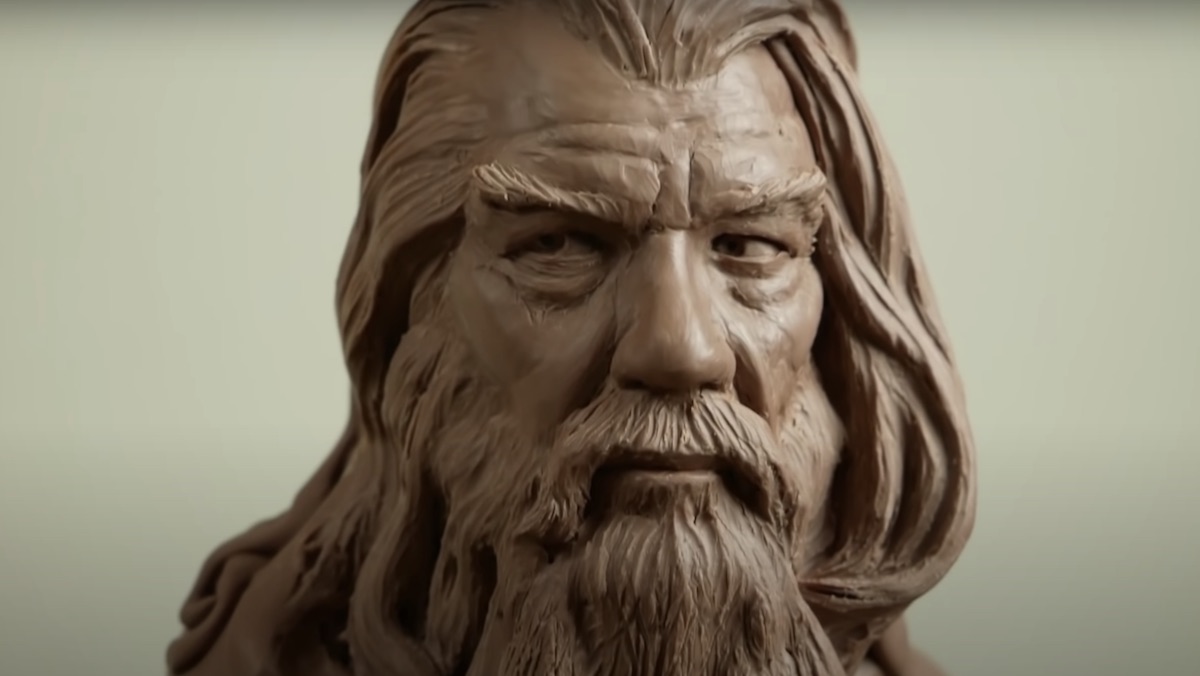 We might not be able to rely on him to help us on a journey, but we doubt Middle Earth has any busts of Gandalf that look so good.