Disney’s live-action Free Guy is what you would get if you mixed The LEGO Movie and Wreck-It Ralph with a huge helping of Ryan Reynolds. And this is not a bad thing, by the way.

Is Free Guy IP propaganda? Yes, of course, it is. I mean if you owned the rights to every Lucasfilm, Disney, and Marvel IP, wouldn’t you use it in a movie about world-building too? However, while the array of cameos and Easter eggs is definitely present, the movie is enjoyable and wildly entertaining. And, it has subtle messages about being unique, creative, and even choosing artistry over money. Gasp! 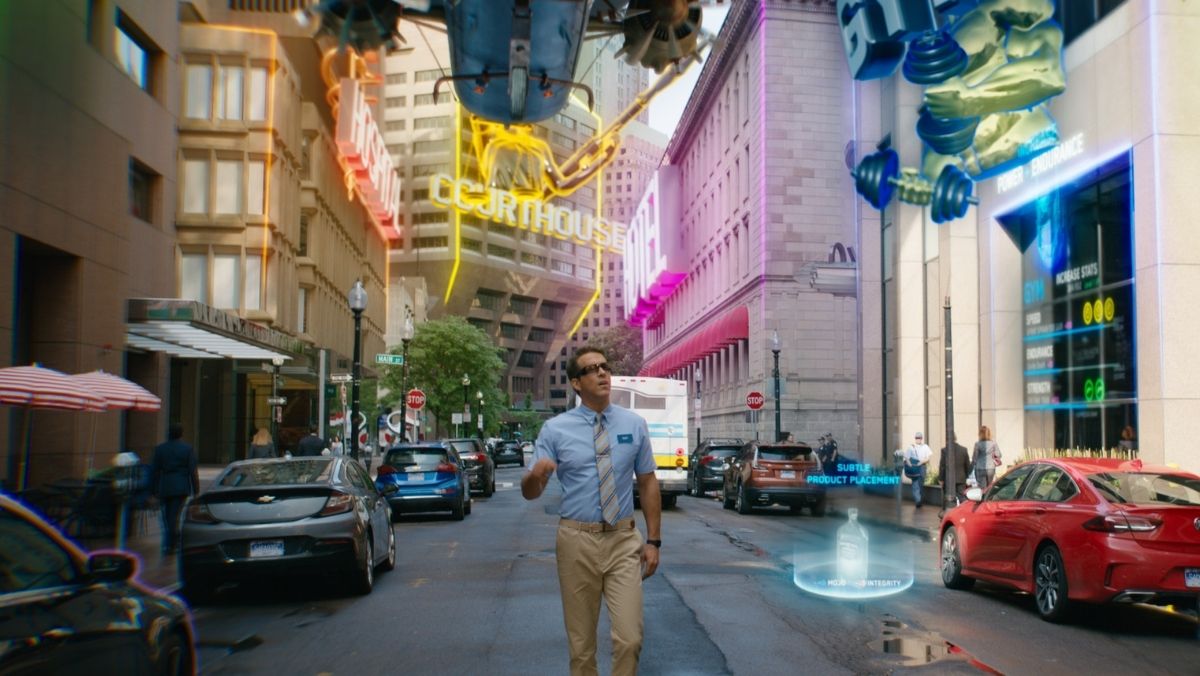 Guy (Ryan Reynolds) is a bank teller. He gets a coffee every day, goes to work, hangs out with his best friend Buddy (Lil Rel Howery), and gets held up at gunpoint by a random bad guy. But after an existence of seeing “sunglasses” people being heroes, saving people, and getting really cool stuff, Guy starts to want more.

Then he meets Molotovgirl (Jodie Comer), and something awakens in him. Soon, he is one of the sunglasses people, and he loves it. Every gamer in the game starts to cheer on the “Blue Shirt” guy who battles bad guys but refuses to hurt anyone. However, when Molotovgirl seeks to find Guy’s “real” identity, she discovers he is a non-playing character (NPC). It turns out, Guy is an AI who doesn’t know he’s an AI yet. And now, the greedy gaming mogul Antwan (Taika Waititi) is out to get rid of Guy before the world uncovers how he stole Molotovgirl aka Millie’s AI programming. 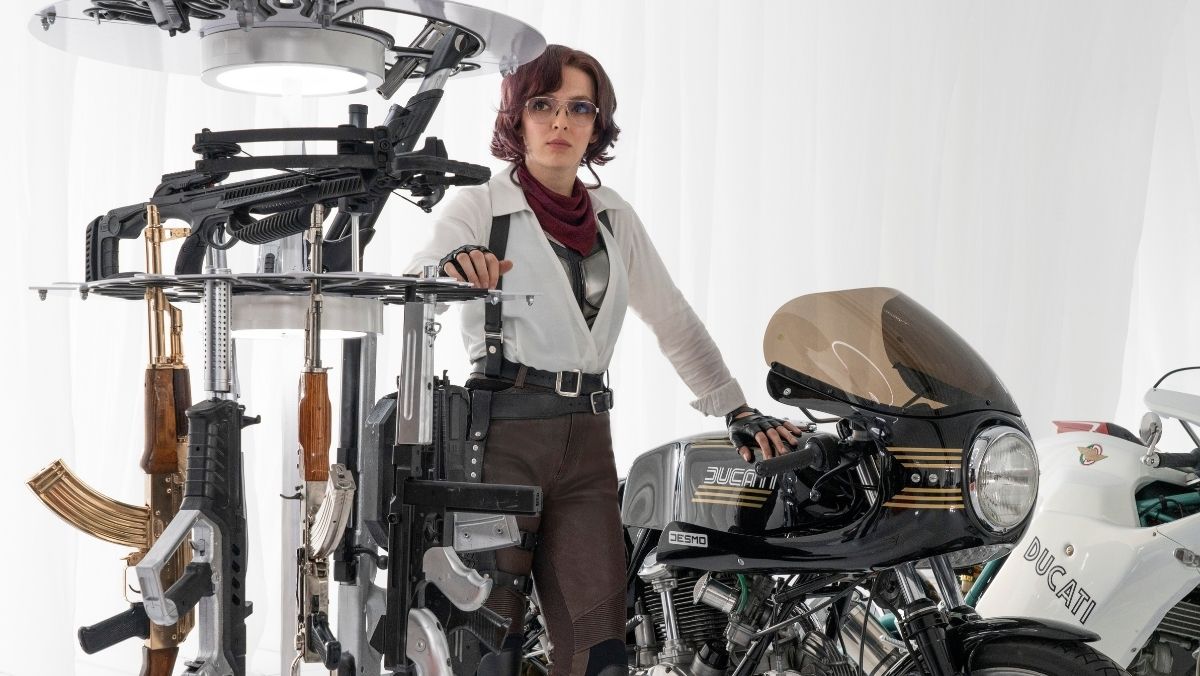 Pondering the meaning of existence in a movie can be very heavy; even more so if you make that existence an artificial one. And one wrong note could send the entire premise into something very dark or confusing. Free Guy’s script does not do that. It is smart in knowing when to throw some messaging in and very in tune with how to engage the audience to keep it light. And the story also acknowledges the toxicity that exists in the gaming world. While subtly recognizing these complex layers, it adds that humor we have come to expect when Reynolds is the lead.

Additionally, the world-building is incredible. When the film focuses on “Free City,” it truly feels like you’re in an RPG. There’s a lot to catch, yet it doesn’t feel overwhelming. The graphics are fantastic. Which is great because, without that, this film would not work. Video games have become more and more realistic over time. The set design and VFX are impeccable and engaging.

The movie is perfectly cast. Comer, a bad-ass in her own rights, is relatable and endearing as Molotovgirl/Millie. She matches Reynolds beat for beat. She’s a wonderful representation of a modern woman. Smart, focused, creative, and her entire character isn’t “I’m a science nerd.” Which, when it comes to how women are portrayed in action films, let alone video games, is a whole lot of growth. She’s also desirable not because she wears revealing clothing or anything like that. Rather, her love interests are crazy about her because of who she is: a woman who gets things done.

One of my favorite moments comes not when the hero “gets the girl,” but rather a quick moment where Guy talks about all the changes all the other NPCs have been making to their lives. Growing up, we were told to follow certain rules, and eventually, we would achieve our dreams. Free Guy doesn’t say that. In fact, it encourages following your heart and creating your own journey. Even if it means breaking a few rules.