Fleetwood Mac is a band with many lives. As a collective unit, they’ve been to Hell and back, facing drug addictions and infidelities, along with chart-topping success. Those ups and downs are part of the typical rock-and-roll lifestyle. And Fleetwood Mac wouldn’t have endured as an iconic and legendary band without their woes. In fact, the dark mythos of Fleetwood Mac is exactly why they’re so famous—because they turned their personal heartache and infighting into art.

Since the band’s inception in 1967, not a decade has gone by where they haven’t commanded some sort of cultural attention. From their earliest days, Fleetwood Mac was a band with capital-p problems. Original guitarist Peter Green left the group in 1970 due to drug addiction. Their next guitarist, Jeremy Spencer, fared no better; he left the group in 1971 to join the abusive religious cult Children of God. Drummer Mick Fleetwood, bassist John McVie (who together gave the band its name), and keyboardist Christine Perfect—who married McVie and took on his last name—traveled Stateside in 1975, looking for success. They found it in two young Californian musicians: Lindsey Buckingham and Stevie Nicks. 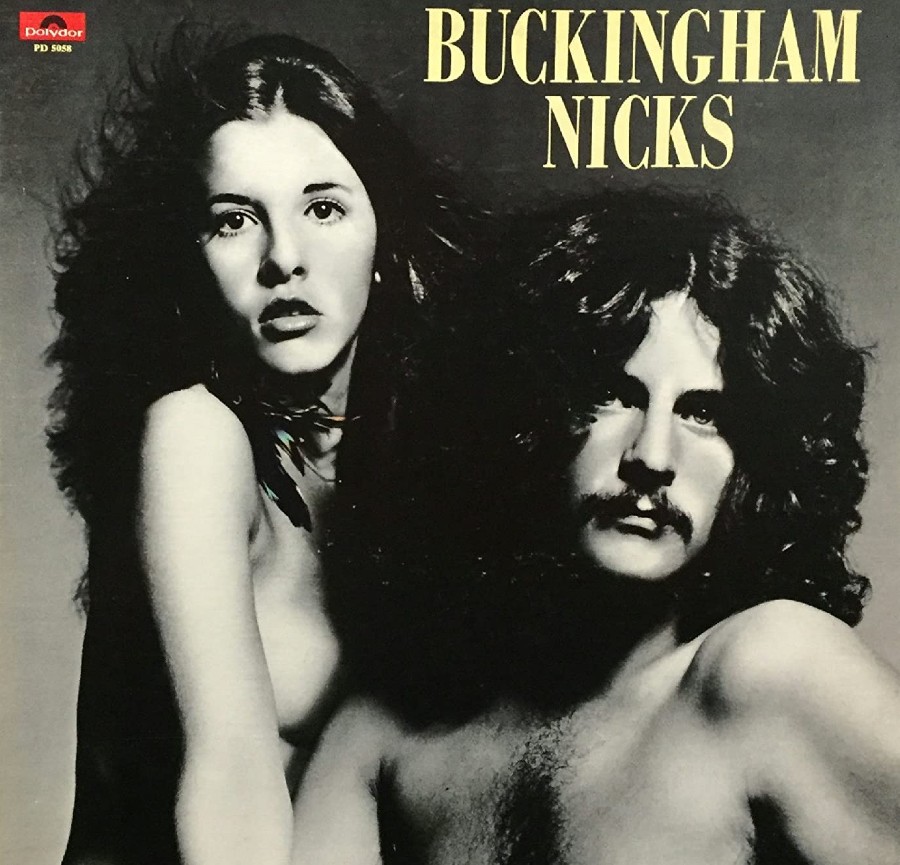 Buckingham and Nicks were a folk-rock duo from the Bay Area, and also a romantic pair. Buckingham’s guitar skills impressed Fleetwood, who invited him to join the band. He agreed on one condition: Stevie Nicks had to join, too. They were the magic ingredient that finally made Fleetwood Mac the superstar band it was always meant to be. And their success reached its highest point in 1977 with the release of Rumours, one of the best-selling albums of all time.

A lot of chaos followed (which we’ll get to in a moment). But Fleetwood Mac endured. Through breakups and beatdowns, they always rose through the ashes. In the ’90s, they found new success when they played at Bill Clinton’s inauguration. That led to a reunion album, The Dance. Ryan Murphy brought the band to the Millennial set in the 2000s when he featured them on Glee, and later Nicks on American Horror Story. And we have TikTok to thank for Gen Z’s sudden obsession with the group.

These new fans might not realize just how wild the full Fleetwood Mac story is. Especially the recording of Rumours. It’s a delicious bit of music history, full of drama and intrigue that would be absolutely perfect fodder for a multi-part TV adaptation. In fact, we’re stunned this hasn’t happened yet. Ryan Murphy even has a show called Feud! Here are all the juicy things you need to know about the making of Rumours that would make it absolutely perfect for some kind of television experience. 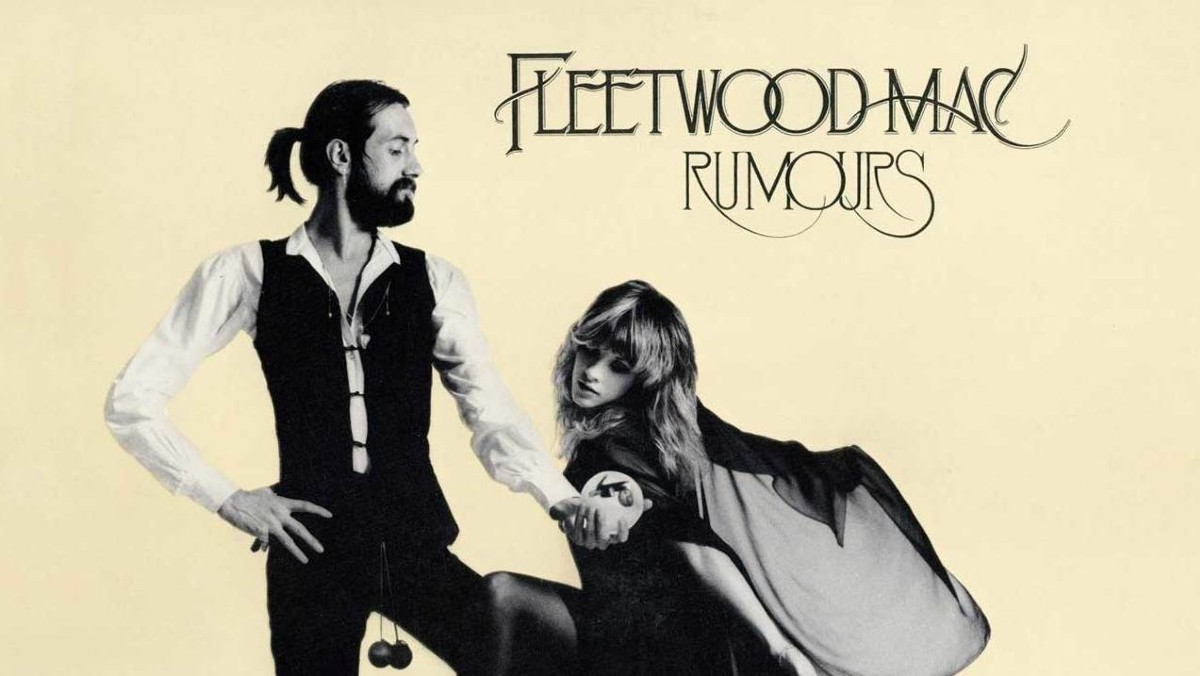 Every band member was going through a breakup

If you ever wondered why Fleetwood Mac songs like “Go Your Own Way,” “Dreams,” and “The Chain” are so charged, well, that’s because every single member of the band was going through a breakup during Rumours. John and Christine McVie’s eight-year marriage disintegrated just before recording. Lindsey Buckingham and Stevie Nicks also went through a brutal breakup ahead of meeting at the studio. And around the same time, Mick Fleetwood’s wife was having an affair with former Mac member Bob Weston.

Tensions were high when the band convened at the Record Plant in Sausalito, California, to record Rumours. (Which is actually Fleetwood Mac’s eleventh studio album.) The McVies were barely speaking, and Christine was in a new relationship with the group’s lighting director Curry Grant. (The Rumours song “You Make Loving Fun” is about him.) Buckingham and Nicks, on the other hand, were openly hostile to one another, sometimes bickering aloud until the time of recording. It was up to Fleetwood to play mediator; in fact, he kept Buckingham from leaving the group during recording.

It was a time of great turmoil, and also great artistry. Buckingham poured his heartache into pop rock songs like “Second Hand News” and softer tunes like “Never Going Back Again.” Nicks, prone to ethereal metaphors, wrote “Dreams” and “Gold Dust Woman” about Buckingham. (She also wrote the tremendous ballad “Silver Springs” about their breakup for the album. It was removed last-second and wouldn’t get an official release until The Dance in 1997.) Christine McVie went the more optimistic route, with the triumphant pop song “Don’t Stop.” Together, their collective breakups would compose one of the greatest and most beloved albums of all time.

Drugs were a big problem

For all the good it did for the band, Rumours was also the beginning of a very dark time when it came to drugs. The Brits in the band—Fleetwood and the McVies—were already big boozers when they came to the States. And Buckingham and Nicks, as hippie Californians, were big into weed. But when cocaine entered the picture, things really spun off the rails. It was during the Rumours recording that the band collectively spent millions of dollars on the drug. This would lead to severe addictions for Fleetwood and Nicks.

The drugs took all of their problems to the next level. During the tour for Rumours, Fleetwood and Nicks had an affair, which they later admitted happened because of drugs and partying. When Nicks later embarked on a solo career, her drug addiction took ahold of her life and led to two stints in rehab. Fleetwood faced financial problems, including bankruptcy, stemming from his long-time drug dependency.

Through it all, the band endured

As you can see, the drama during the Rumours-era of Fleetwood Mac is the perfect blueprint for a TV project. It’s too much information for a film, but just enough for some sort of miniseries treatment. It’s the kind of series that really just writes itself—it doesn’t need any sort of embellishment. Nor does it need any news peg, because Fleetwood Mac has never really gone out of style. They remain in the news, thanks to the aforementioned TikTok success, and their ongoing drama. (In 2018, Lindsey Buckingham was fired from the group on Nicks’ orders, proving their decades-long feud is a never-ending saga.)

They made not be a solid unit, necessarily, but the Rumours-era lineup of Fleetwood Mac is forever iconic. And whether they like it or not, they are united forever because of their shared drama. It’s something they were seemingly aware of even during the infamous album’s recording. Just listen to the lyrics of “ The Chain,” the only song on Rumours with song-writing credits for every member.

Those are the words of people who have been through it all, and know they’ll go through it again—despite betrayal and hardship. Who could resist putting this story to film?