Celebrities are getting creative—and generous—during the COVID-19 crisis. It’s one of the unexpected bright spots in this very dark time. Movies, TV shows, concerts, and more are streaming online for free. Famous folk gather on Instagram to show us their kitchens and read us bedtime stories. It’s a touching way of giving us all something to enjoy during quarantine.

Never one to disappoint, Phoebe Waller-Bridge is getting in on the action. The genius behind the mega-successful BBC Three and Amazon TV series Fleabag—which you may know from the zillions of awards it won last year, including Best Comedy Series at the Emmys—will make a broadcast of Fleabag Live available to stream (via Rolling Stone). 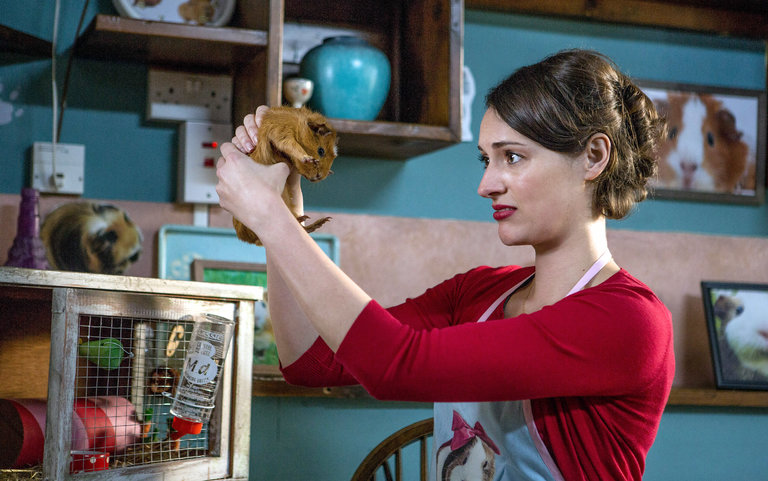 The one-woman show was first performed by Waller-Bridge at Edinburgh Festival Fringe in 2013, and was later expanded into the TV show. The version that will stream was performed and recorded at Wyndham’s Theatre in 2019 and first broadcast in theaters as a special live event.

Fleabag Live is currently available to stream in the UK and Ireland on Soho Theatre’s On Demand streaming site for £4. It will expand to the U.S. on Amazon Prime for $5 this Friday, April 10, when it will also be available on the Soho Theatre service in Australia, New Zealand, and Canada.

“I hope this filmed performance of Fleabag can help raise money while providing a little theatrical entertainment in these isolated times. Thank you to all our partners and to the creative team who have waived their royalties from this production to raise money for such vital causes in this unbelievably challenging situation. All money raised will support the people throughout our society who are fighting for us on the frontlines and those financially devastated by the crisis, including those in the theatre community. Thank you in advance to those who donate. Now go get into bed with Fleabag. It’s for charity.”

The proceeds earned will go to various charities, including The National Emergencies Trust, NHS Charities Together and Acting For Others. They will also benefit the recently launched Fleabag Support Fund, which will distribute £2,500 grants to freelancers in the UK theatre industry affected by the pandemic. Waller-Bridge kicked off the fund with a donation, with more donations pouring in today. You can donate yourself on the Fleabag Support Fund GoFundMe page here.

We’re big fans of Waller-Bridge’s brain and talent, and now we can add philanthropy to the reasons why we’ll follow her into whatever she pursues next.