While virtual reality is taking off in big ways, the whole first-person “GoPro” phenomenon also offers the ability to transport viewers into other people’s bodies. Often times, this means experiencing the death-defying stunts expert adrenaline junkies perform from a first-person point of view. Like the below wingsuit flight across the south face of the Marmolada mountain in Italy. It’s so visceral, in fact, you may feel like you’re flying.

A wingsuit flier who only goes by the name Dom.e on YouTube recently posted the above video to his channel. According to his expansive library of videos Dom’s enormously experienced with wingsuit flying. He also apparently likes to jump off mountains a lot to kick off his flights.

In the video above Dom and another unidentified wingsuit flier begin their flight by jumping off the top of Marmolada. Dom says in his video’s description that he’s been climbing the mountain for nine years. But only now was able to “fly next to it” in a wingsuit. 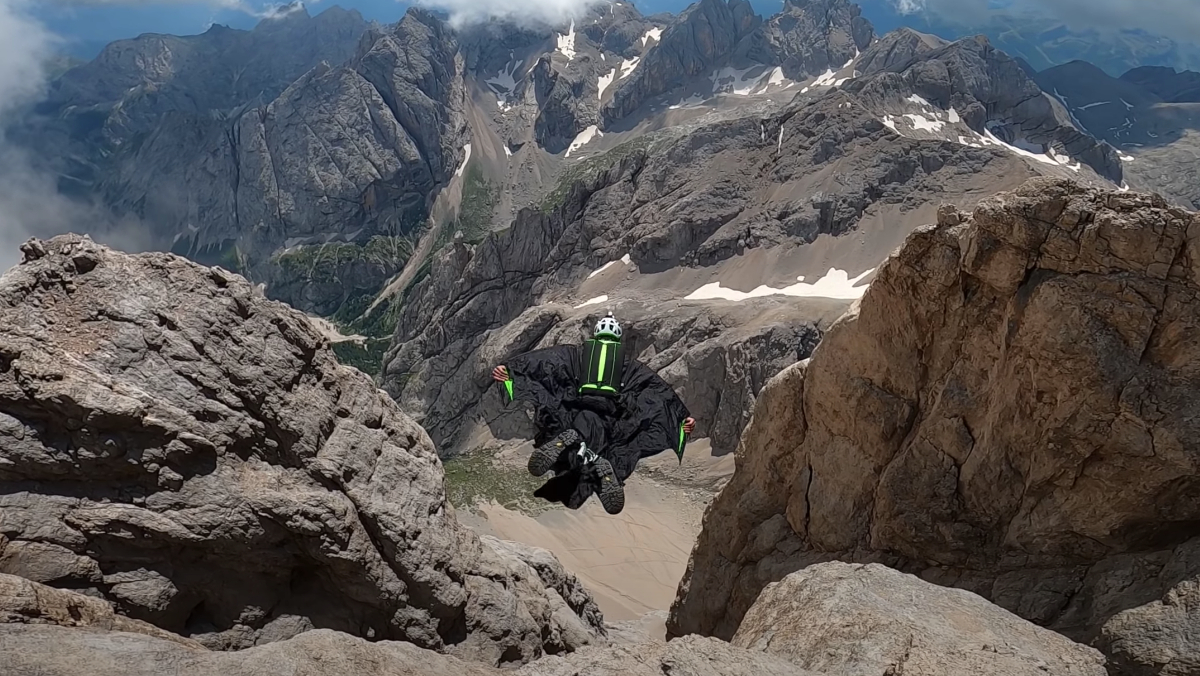 After leaping from the mountain top, the pair of fliers zip through a pair of jutting ridges. They then bank left, appearing parallel to Marmolada’s face as they race by it. As they do, Dom and his companion find themselves in wispy clouds and above an endless expanse of forest. With the wind rushing past their ears. (As well as ours.)

Aside from the initial leap, the first-person POV flight is shockingly zen. As soon as Dom banks around the rocky ridge he seems to be in total control of his flight. He even looks over his shoulder a couple of times to check on his buddy. An admirable act, although one that could probably send a lesser flier tumbling through the air. 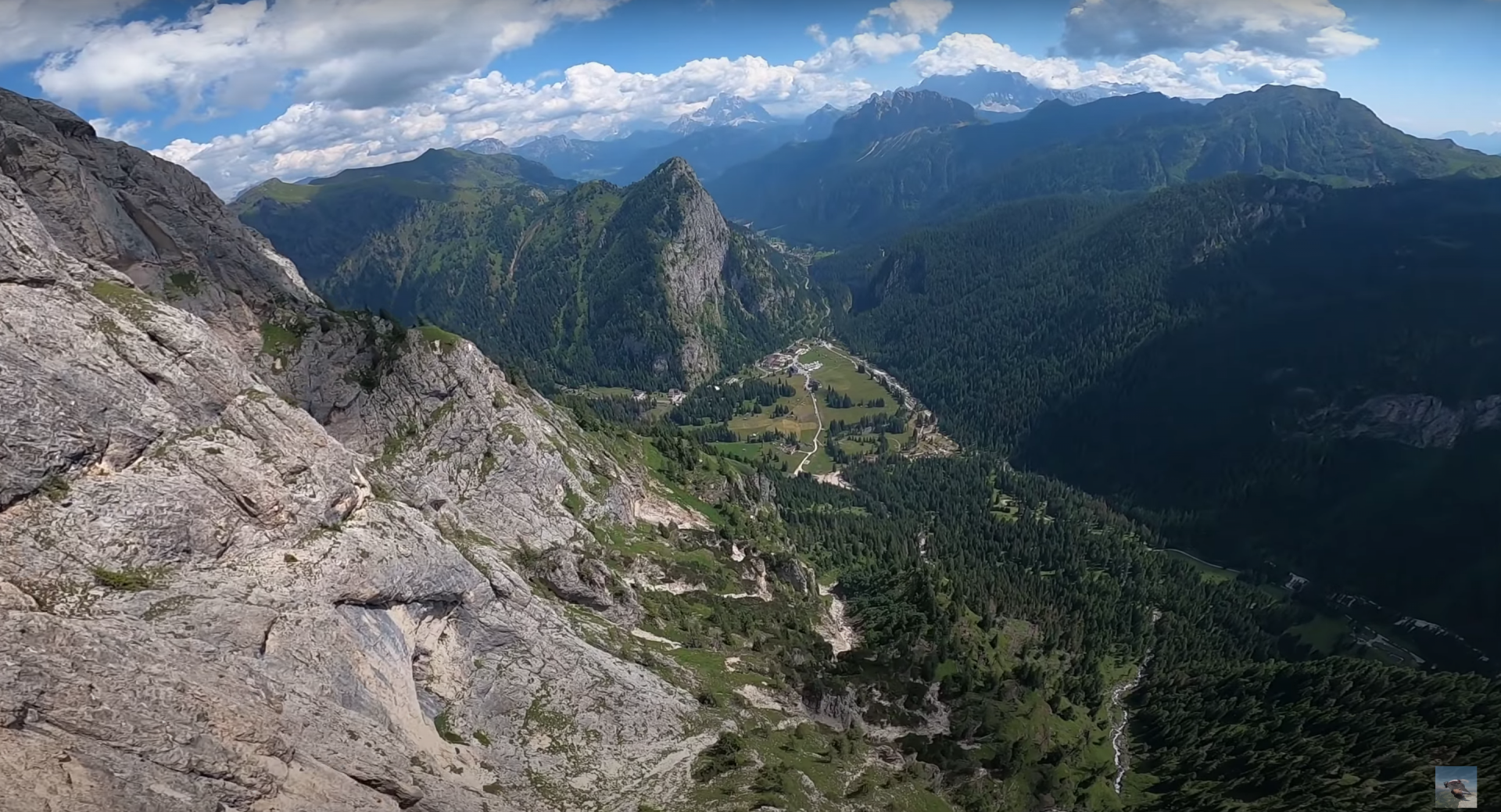 Speaking of which, Dom’s final stunt before he lands in the center of what appears to be a sleepy Italian village is a complete barrel roll. If it happens to make you sick, we apologize in advance. Although if you can’t stomach this, you may want to stay away from virtual reality flying too.