Anybody who’s spent even a single night watching fireflies zip around a wooded area like so many tiny racing drones knows how magical the scene can be. But sights like that, and the memories they form, may find themselves winked out of existence if people don’t find a way to deal with the extinction-level threats that the little bioluminescent beetles may be facing. Extinction-level threats, which, according to a recently published survey, mostly seem to stem from human activity.

CNN reported on the new survey, which was just published in the journal BioScience. Titled “A Global Perspective on Firefly Extinction Threats,” the survey was sent out to 350 firefly experts across the world, with 49 reporting back—only a single survey came back from Australia, as well as from South America, however, and none from Africa.

The survey, created by authors including Sara M Lewis, Choong Hay Wong, et al., tasked the respondent experts with answering four questions, three of which focused on deciphering the type and severity of the threats facing the firefly population in their respective geographical regions. One question specifically required respondents to rank on a scale from zero to five a list of ten threats—such as “pesticide use” or “invasive species”—in terms of how pressing they are.

According to the results of that ranking, habitat loss, light pollution, and pesticide use are among the chief extinction-level threats that may be facing already declining firefly populations around the world. Habitat loss was singled out as the most consistently top ranked threat though, with more than half of the respondents ranking it as a five on the severity scale. Habitat loss includes human-led developments like urbanization, industrialization, and “agricultural intensification” (an increase in agricultural productivity), which the authors noted are all especially prevalent trends in Europe. 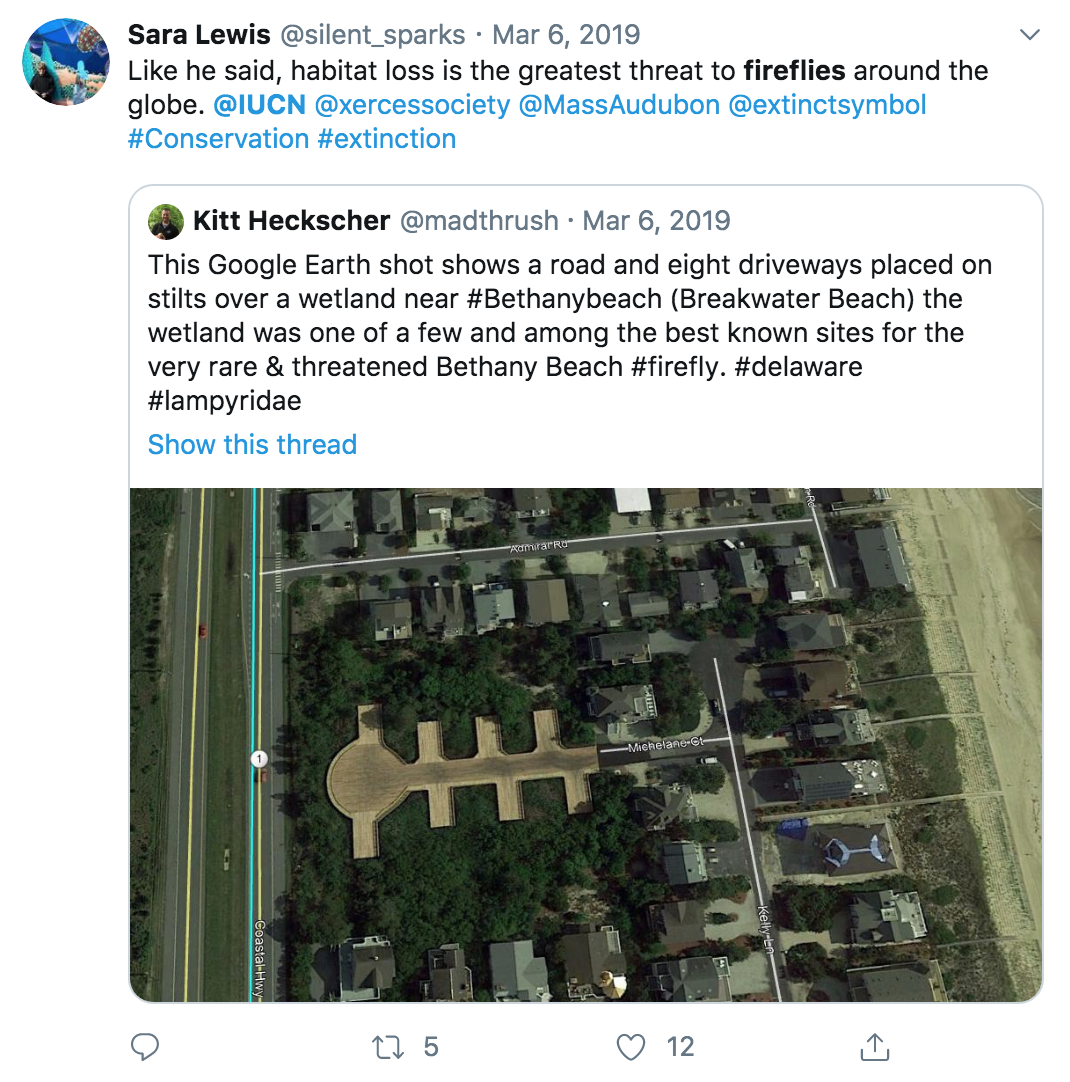 As for the light pollution and pesticide use, they’re proving to be detrimental for exactly the reasons you’d probably think. The survey’s authors note that “artificial light at night,” or ALAN, now affects 23 percent of Earth’s land surface (by conservative estimates), and often proves extremely harmful because it interferes with the bioluminescent courtship signals fireflies use to locate mates. Pesticide use is, likewise, prevalent on a global scale, and either diminishes firefly populations by directly killing them off, or indirectly, by, for example, infecting the snail larvae that fireflies rely on for nourishment when they’re young.

On top of habitat loss, light pollution, and pesticide use, the authors said that respondents also highlighted water pollution, overharvesting, invasive species, climate change, and even tourism as potentially devastating. Although the survey’s authors did note that the effects of climate change on firefly populations is still unknown, and that tourism, while potentially detrimental to firefly populations, usually comes with substantial economic benefits.

It should also be noted that the survey’s authors specifically say that “These survey results should be interpreted with caution, because they reflect only expert opinion concerning perceived threats to firefly species persistence.” Which doesn’t mean these threats aren’t serious—many firefly populations are, as mentioned, indeed on the decline—but only that we need to do more research to the light the way toward a more viable future for fireflies around the world.

What do you think about this survey? Are you frightened for the future of the world’s fireflies, or would you like to hear from more than 49 experts before officially commencing with an existential freakout? Capture some of your brightest thoughts in the comments!