THE FALCON AND THE WINTER SOLDIER Have Issues in New Trailer

WandaVision is setting a very high bar for MCU television shows. It’s going to be a tall task for other series to live up to the hype and excitement. At least that’s what I thought before the Super Bowl. Now I’m confident Marvel is just going to churn out an amazing experience with every new TV show on Disney+. The latest trailer for The Falcon and the Winter Soldier is so good that it’s almost unfair that the world’s most successful film franchise is making great TV look easy.

“Marvel Studios’ The Falcon and The Winter Soldier stars Anthony Mackie as Sam Wilson aka The Falcon, and Sebastian Stan as Bucky Barnes aka The Winter Soldier. The pair, who came together in the final moments of Avengers: Endgame, team up on a global adventure that tests their abilities—and their patience.”

It’s absurd that this is promoting a television show and not a $250 million summer blockbuster. This trailer, which has the high-end aesthetic of a Marvel movie, features huge action sequences, famous names, and all of the humor we’ve come to expect from the MCU. However, Disney+ could just give us eight episodes of “Sam and Bucky: In Treatment” and it would be must see TV.

But then we’d miss out on the return of Daniel Brühl’s superhero-hating Captain America: Civil War baddie Baron Zemo. This time with his comic-accurate purple mask! As well the return of one of our favorite S.H.I.E.L.D. agents, Emily VanCamp’s Sharon Carter. 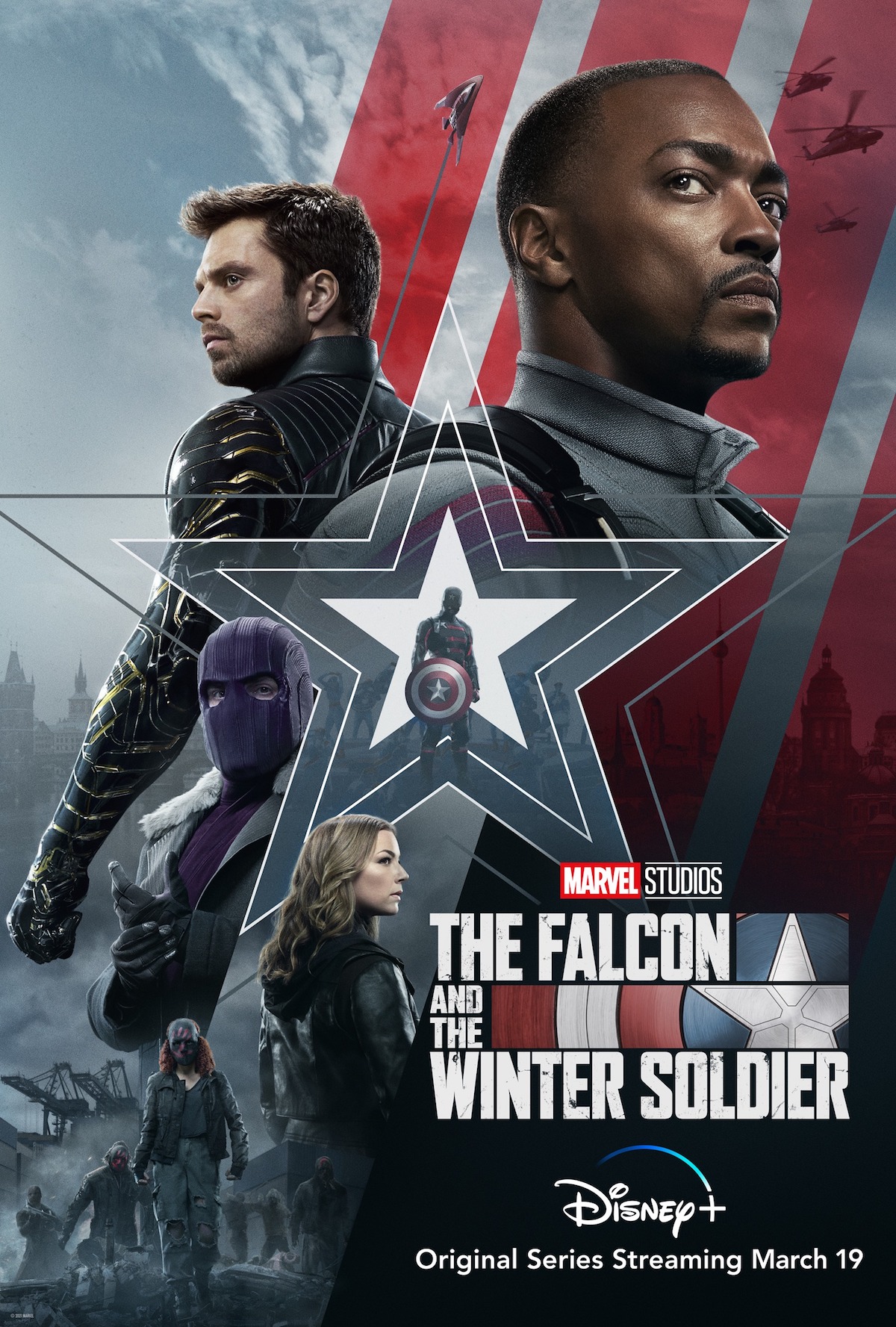 They’ll be joined by MCU newcomers Wyatt Russell and Erin Kellyman. Russell will play US Agent John Walker, seen here running out to a pep rally. He’s the government’s questionable choice to be the new Captain America and a possible foe for the show’s two stars.

This trailer is our first look at Kellyman, who stared as Enfys Nest in Solo: A Star Wars Story. We think she’s playing Flag-Smasher, an anti-nationalist anarchist who could end up hitting very differently with audiences in 2021. The character is important enough to have made the newest poster for the series. And with others wearing the same mask as her, Kellyman could lead the violent terrorist group U.L.T.I.M.A.T.U.M.

That’s a whole lot of villains to deal with for two guys who can’t stop fighting with each other. And we can’t wait to see how they will. WandaVision has set a very high bar for MCU TV shows. But without even seeing it, we’re already sorry for what has to follow Sam and Bucky’s big move to the small screen.

The Falcon and the Winter Soldier, directed by Kari Skogland, with Malcolm Spellman as head writer, debuts March 19 on Disney+.