Here's What You Need to Know About Lady Loki - Nerdist

Here’s What You Need to Know About Lady Loki

Even though there’s still a year to go before Loki hits our screens in his self-titled Disney+ series, the show is currently in production. That means our minds are racing trying to figure out which versions of the character might show up and what adventures they might go on. A recent set photo got us thinking about one of Loki’s most iconic iterations—no, not Kid Loki, though they will surely show up too—but so-called Lady Loki, the female version of the Loki Laufeyson who has long been a comic book fan fave and a cosplay go-to for Marvel fans everywhere.

The shapeshifter Loki was first introduced at Marvel during Jack Kirby’s 1949 romance and mystery comic Venus #6, but the version that we all know and love didn’t come into existence until 1962’s Journey into Mystery #85. The child of Queen Farbauti and King Laufey, just like his traditional mythological counterpart, Loki has long been both ally and enemy to Thor. Over the years he’s taken on many forms, none so surprising and popular as when he took over the human body meant for Lady Sif, whose spirit was thought to be held by Jane Foster but was in fact trapped inside an elderly woman in the hospital where Foster worked. This monumental moment took place in 2008 in J. Michael Straczynski, Marko Djurdjevic, and Olivier Coipel’s Thor series and marks the birth of the villain known as Lady Loki. 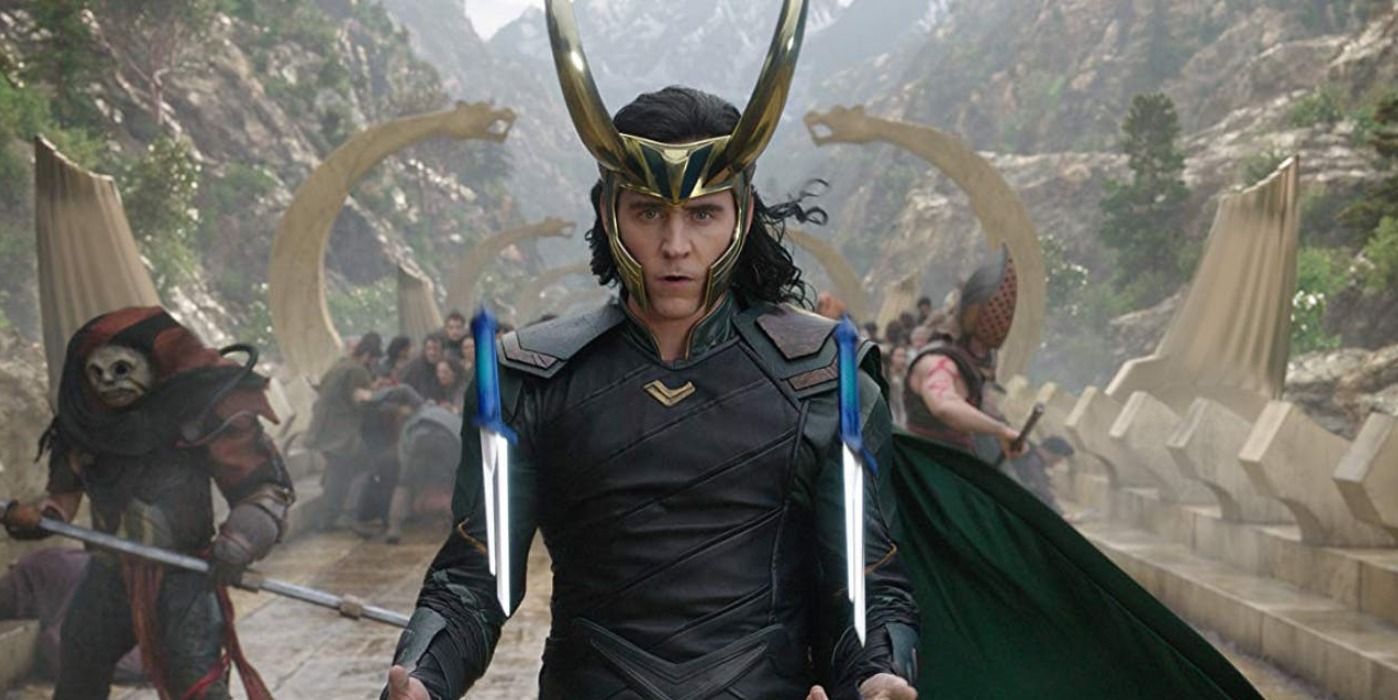 This choice wasn’t some strange new addition by Marvel, though, as in the Nordic lore which inspired Marvel’s Thor, Loki was known to change shapes regularly and had even been suspected to take on the shape and persona of an elderly woman named Þökk. Marvel continued this tradition with Lady Loki, who became the primary version of the character throughout both the ’08 Thor run and Marvel’s massive Dark Reign event. In both of these series Loki was arguably using his new forms to manipulate people which leans into some problematic and dangerous trans panic territory, but the thing that struck readers as radical was that there was never a question of whether or not this was really Loki, no matter what gender Loki presented as.

Seeing as Lady Loki is just Loki, her personality and traits are the same as the God of Mischief. She can vary from heroism to villainy, manipulation to altruism, and is, of course, incredibly stylish. Because of those similarities the thing we can learn most about Loki from the fact that Lady Loki might show up is more to do with circumstance and story than character. But before we jump into how and why Lady Loki was such a key character, it’s important to note that in the recent Loki: Where Mischief Lies novel, author Mackenzi Lee made Loki’s pansexuality and gender fluidity canon. That means any new explorations of Lady Loki will likely be based on that premise rather than the more outdated versions that came before. 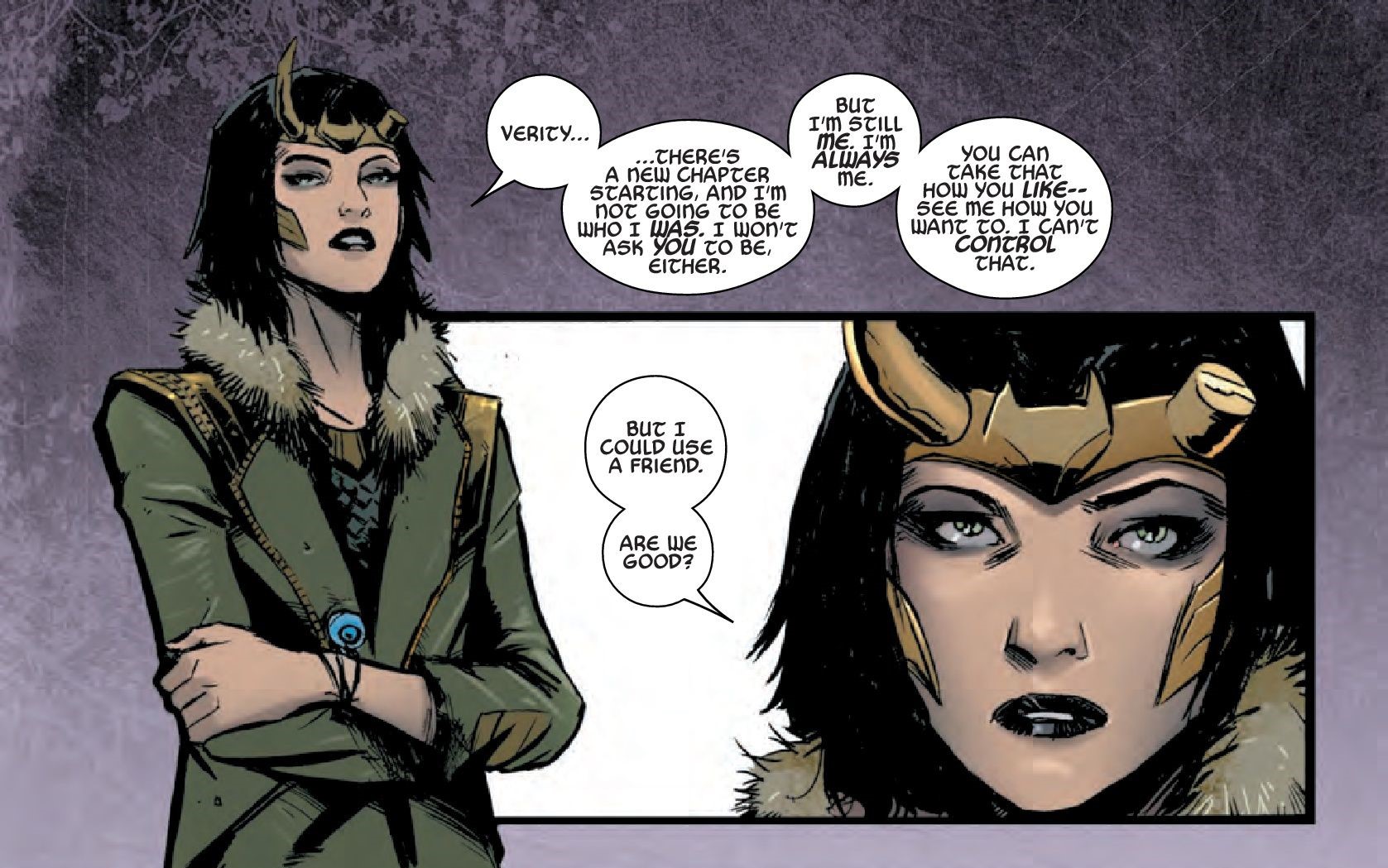 So what does the introduction of Lady Loki mean for the Loki series? When it comes to comic book ramifications there are many. During Dark Reign, Lady Loki was a part of Norman Osborn’s Cabal, which aside from the Spider-Man big bad featured other iconic villains like Emma Frost, Doctor Doom, and erstwhile anti-hero Namor. It’s a particularly interesting time for all of those characters as Marvel now has the rights to make X-Men and the Fantastic Four films back at home, meaning that they’re looking for ways to introduce the iconic characters to their roster. Whilst it’s unlikely that Loki will introduce someone as all powerful and impactful as Doom, we could definitely see Disney using the series as a backdoor way to introduce the X-Men with Emma or even cement the entrance of Namor who was teased during Avengers: Endgame.

We’ll have to wait until next year to find out where the show does decide to go, though it looks like Flowers’ brilliant Sophia Di Martino will be taking on the Lady Loki mantle, many fans were hoping that Gugu Mbatha-Raw might be the one to take on the role. But who knows, as this will be a time travel based series so maybe we’ll get multiple versions of Loki all battling each other, or perhaps together against an even more fearsome foe!