Every Halloween Movie Has a Christmas Counterpart - Nerdist

Every Halloween Movie Has a Christmas Counterpart

While there are a ton of holidays in a given calendar year, none capture the attention of the public like Halloween and Christmas. Hundreds of films center around these two dates on the calendar. But interestingly enough, many Christmas movies have a corresponding Halloween movie. Maybe not in terms of plot or character, but definitely in terms of its status within pop culture and overall importance to its respective holiday. Here are our picks for five iconic Christmas movies and the Halloween movies that best complement them. 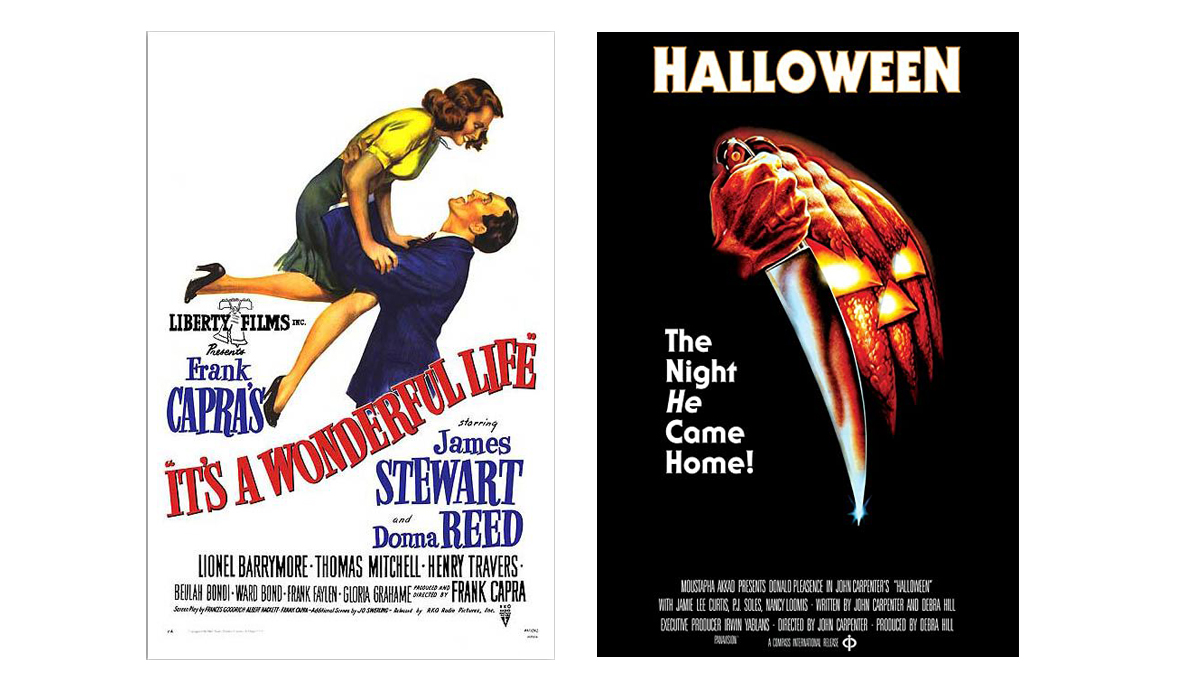 Although Halloween and Christmas both have a ton of iconic movies, Frank Capra’s It’s a Wonderful Life and John Carpenter’s Halloween top any list. Both will always be playing somewhere on TV on their respective holidays. They’ve become part of the iconography of their seasons. And they have another thing in common too: despite the title of John Carpenter’s film, both are only tangentially related to their celebrations.

It’s a Wonderful Life‘s plot could play out in the exact same way without all the Christmas scenes. And despite its title, Michael Myers could have stalked babysitters on any old night in Carpenter’s original 1978 movie. Halloween just proved to be the perfect date. And yet, despite very loose plot links to December 25 and October 31, both films have become the quintessential films for their corresponding holidays. And it’s unlikely any entries will take away those crowns away from them anytime soon. 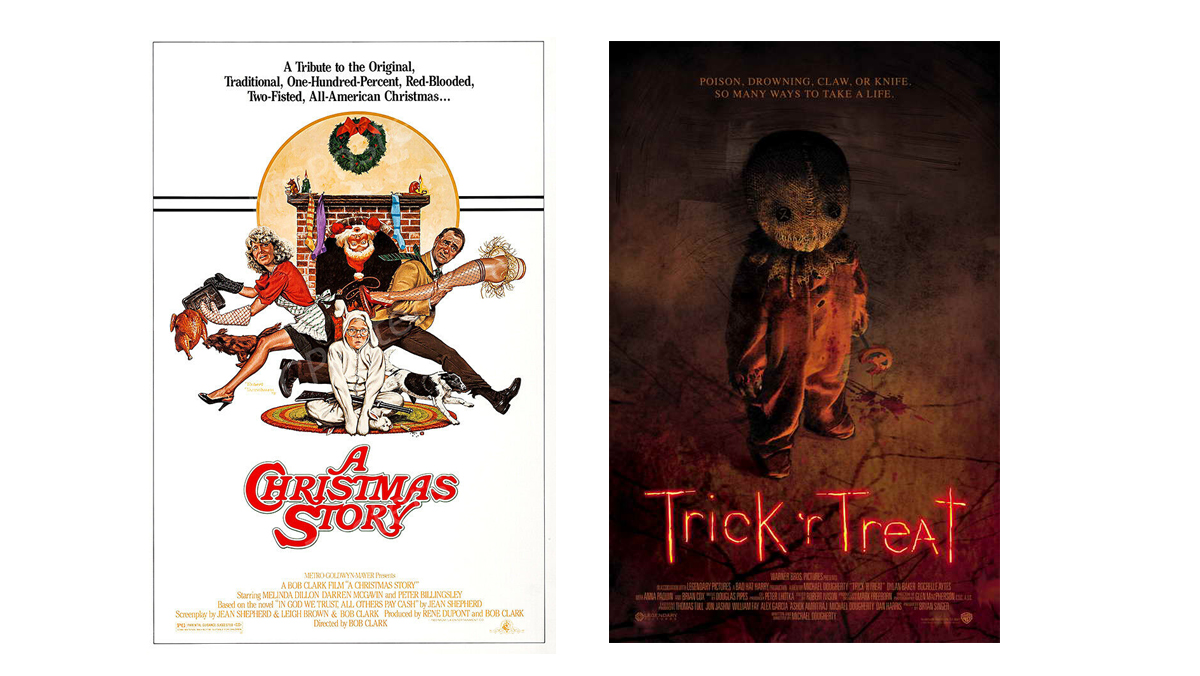 When Bob Clark’s A Christmas Story arrived in theaters in 1983, pretty much no one saw it. But once it started playing on cable TV, it became a holiday classic. This movie is a love letter to a kind of Norman Rockwell American Christmas as seen through the eyes of an average suburban kid. Entire scenes, lines of dialogue, and leg lamps wormed their way into all our minds. Twenty-four hour marathons of A Christmas Story on December 25 show just how ubiquitous it’s become.

Meanwhile, Michael Dougherty’s Trick ‘r Treat didn’t even get a theatrical release in 2007. It became a cult classic once it came out on home video years after it was supposed to. But much like A Christmas Story, it is a love letter to a American holiday traditions and aesthetics. It’s also pretty damn funny, even though it’s a horror movie through and through. And just as with A Christmas Story, it sometimes runs all day long on certain cable channels on Halloween. So thanks, television. You helped both Ralphie and Sam become icons.

The Rankin Bass Holiday Specials / The Nightmare Before Christmas 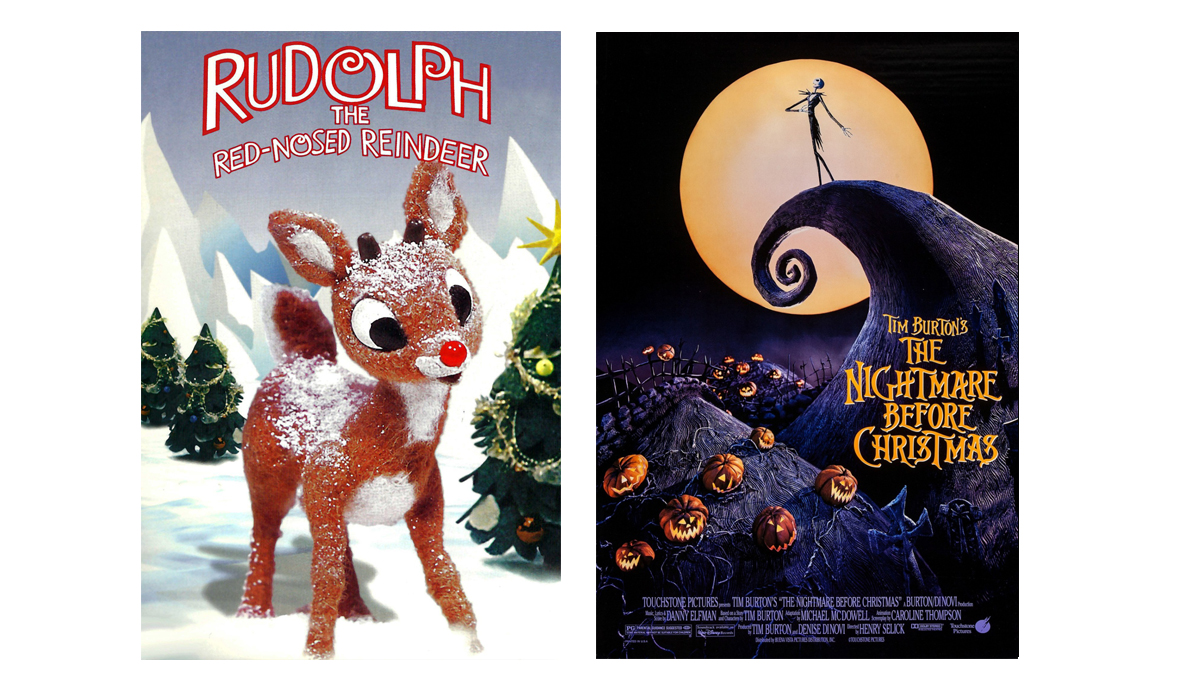 Back in the ‘60s and ‘70s, animation studio Rankin Bass produced several Christmas television specials using stop motion animation. All of these still air annually decades later. Most of the shows were based on popular Christmas carols. Specials like Rudolph the Red Nosed Reindeer, Rudolph and Frosty’s Christmas in July, and Santa Claus Is Comin’ to Town are ingrained in the minds of kids.

As a response to these TV specials of his youth, producer Tim Burton created The Nightmare Before Christmas in 1993, his own stop motion holiday fable. Which, yes, it technically is a Christmas movie. But it opens in Halloween Town, all the main characters are from said spooky town, and the movie created its own unique Halloween mythology. Many consider it to be a Halloween movie first and foremost, despite the title. And just like those old Rankin Bass specials that inspired it, Nightmare runs on a loop during the spooky season, becoming synonymous with its holiday. 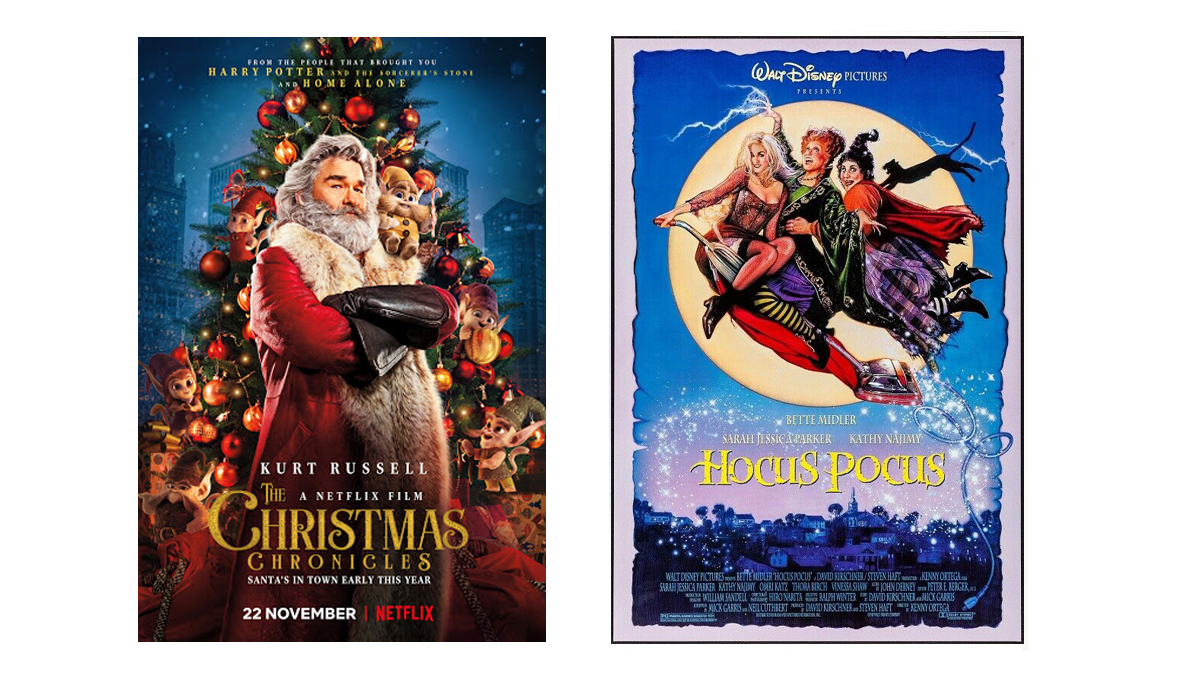 Stop me if you’ve heard this one before: a holiday themed movie that dies at the box office upon release goes on to become a classic TV staple. Hocus Pocus is maybe the best example of a cinematic phoenix rising from the ashes. The story of three Salem witches called the Sanderson Sisters (Bette Midler, Sarah Jessica Parker, and Kathy Najimy) getting into a wacky adventure involving some kids has become a family favorite. A whole generation grew up with this movie running on Disney Channel every October.

And only a couple years back, Netflix had great success with The Christmas Chronicles, which starred Kurt Russell as Santa Claus. Just like Hocus Pocus, it involves ordinary kids caught up in an adventure with a living breathing icon of the holiday. In the case of The Christmas Chronicles, it’s the icon of Christmas himself, Kris Kringle. Because The Christmas Chronicles is a Netflix movie and therefore always available to watch, it’s hard to know if it will continue to have that special “you can only watch it during this time of year” appeal as Hocus Pocus does. But both movies share some of the same holiday DNA for sure. 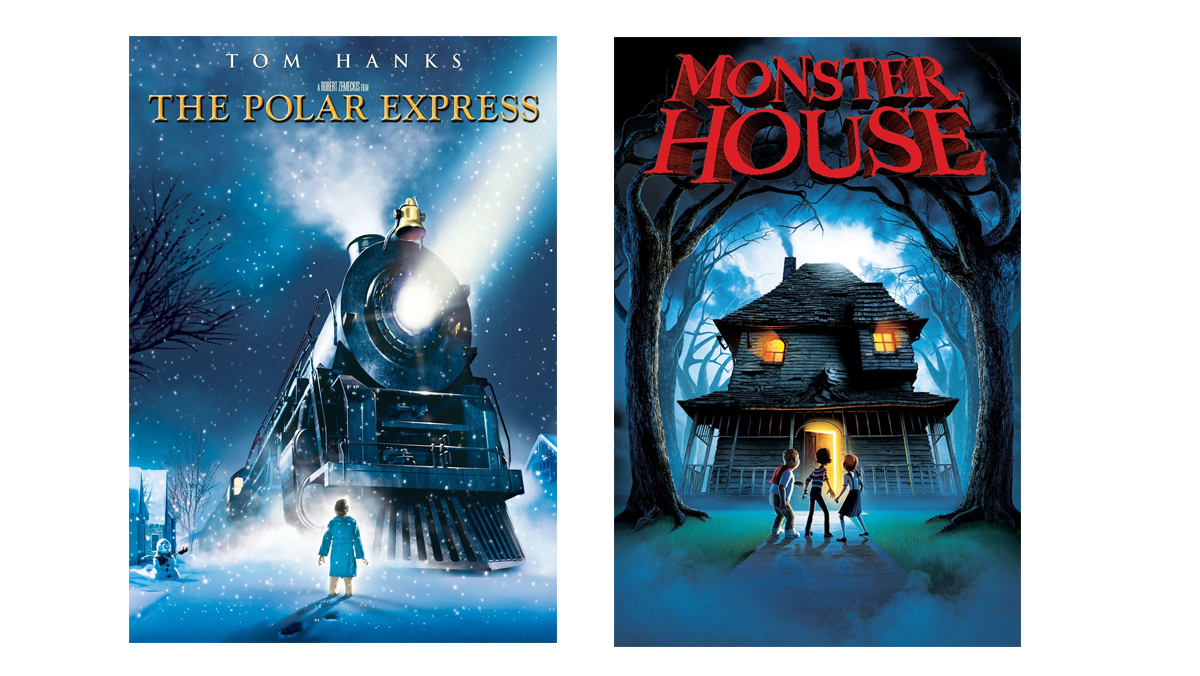 These two holiday themed CGI animated films debuted only a few years apart, and neither made a huge splash at the box office. The Polar Express is all about about a boy getting on board a train to the North Pole to meet Santa Claus, while Monster House centers on a group of kids who encounter a sentient haunted house in their neighborhood. Totally different stories. So besides their CGI animated format, what makes these two films holiday equivalents?

It’s true that, on the surface, their stories aren’t similar at all. But both films have a nostalgic wistfulness about how America celebrated Christmas and Halloween in decades past. The Polar Express takes place in the ‘50s, and Monster House happens during the early ‘80s. Both movies have become regular staples on TV during their respective holiday seasons.