All Your Faves Gave Eugene Levy a Lifetime Achievement Award

It’s been a big year for actor, comedian, and general delight Eugene Levy. Earlier this year, Schitt’s Creek wrapped its stellar final season, which subsequently garnered a whopping 15 Emmy nominations—including a second consecutive lead actor nomination for Levy. On top of that, Newport Beach Film Festival (NBFF) recently named the actor and comedian the recipient for its Lifetime Achievement Award. Variety virtually presented Levy with the award… but not without help from just a few of his very good friends.

It’s not often that a massive group of people present a person with their lifetime achievement award. Usually, it’s limited to a single presenter or two. But given the NBFF’s virtual presentation this year, many, many of Levy’s friends and former co-stars had a few kind words to share. Variety surprised the actor with the hilarious tribute video, with his real-time reaction appearing on a split screen. Fair warning: it’s impossible to watch without becoming completely charmed.

The video included familiar faces from across Levy’s prolific career–from SCTV and Christopher Guest films to American Pie and Schitt’s Creek. Fellow comedians and friends Steve Martin and Martin Short kicked off the warm and hilarious video, which featured Jason Biggs mistakenly thinking it was a memorial video and several others wishing the actor a happy birthday. Jennifer Coolidge, naturally, donned a spectacular headdress and a sparkler to celebrate her frequent co-star. 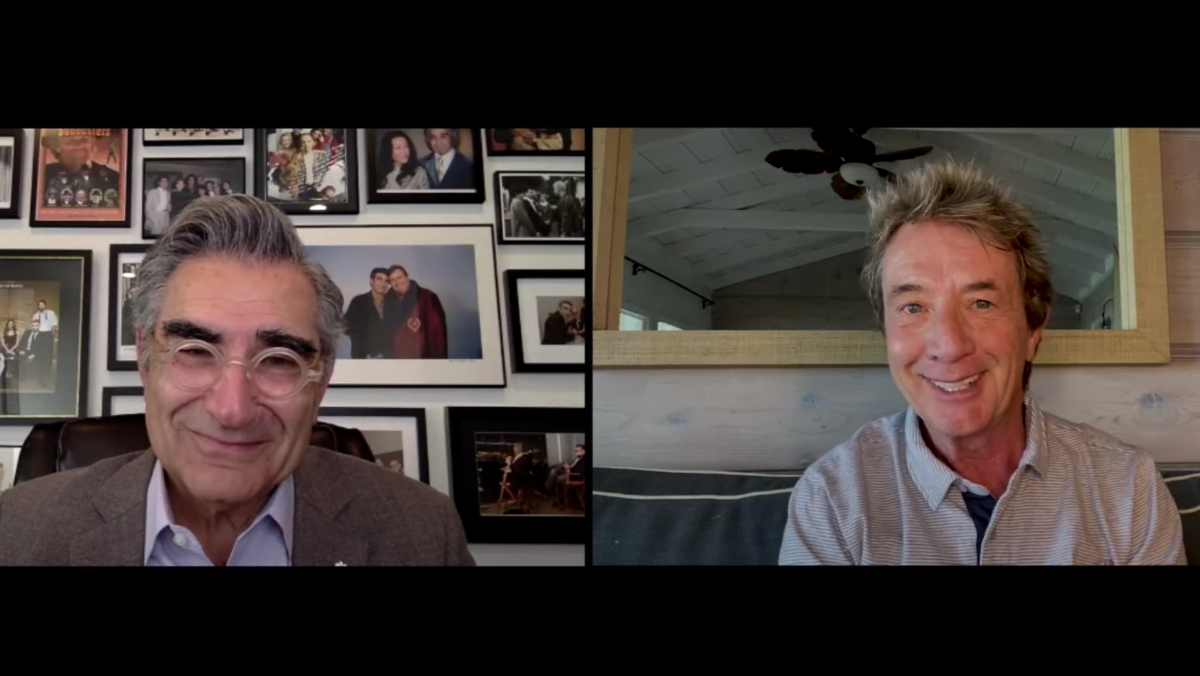 In addition to being hilarious, a running theme throughout the tribute is Levy’s warmth and generosity. Andrea Martin and Short spoke about the early days of their friendships with Levy in the early ’70s. Reid and Hampshire spoke on the guidance and support he gave them during their time on Schitt’s Creek. A legendary comedian, Levy is a famously kind person. This well-deserved award and delightful tribute is just a small display of Levy’s wonderful, lasting impact on the comedy world.

Jacob Batalon Bares His Fangs in REGINALD THE VAMPIRE Teaser...