Before Steve Martin became the world’s most famous banjo player, he dabbled in stand-up comedy for a few years. It’s true. He was mildly successful, becoming the biggest comedian in the world. Then, one day, he simply decided he was done selling out arenas. That was okay, because instead he made beloved movies like The Jerk and Planes, Trains and Automobiles. The man contains multitudes! And his most recent project combines his many talents. He gave a social distancing performance of his catchy original new song “Office Supplies” with the help of the Philadelphia Orchestra.

It’s a great ditty that will have you ready to line dance around your home. Why “Office Supplies,” though? That’s an answer you’ll just have to wait for. And believe us, it’s worth waiting for.

Martin recently played a rousing rendition of his “Office Supplies” (which we first heard at Laughing Squid) as part of the HearNOW: At-Home Gala event that was hosted by Music Director Yannick Nézet-Séguin. The song is an original track from his recent recording, The Long-Awaited Album by Steve Martin and The Steep Canyon Rangers.

But the song doesn’t have any lyrics. There’s no obvious reason why it’s titled “Office Supplies.” To learn why you have to listen to the end. And please, make sure you do before continuing. Below this photo we’re going to talk about the answer. 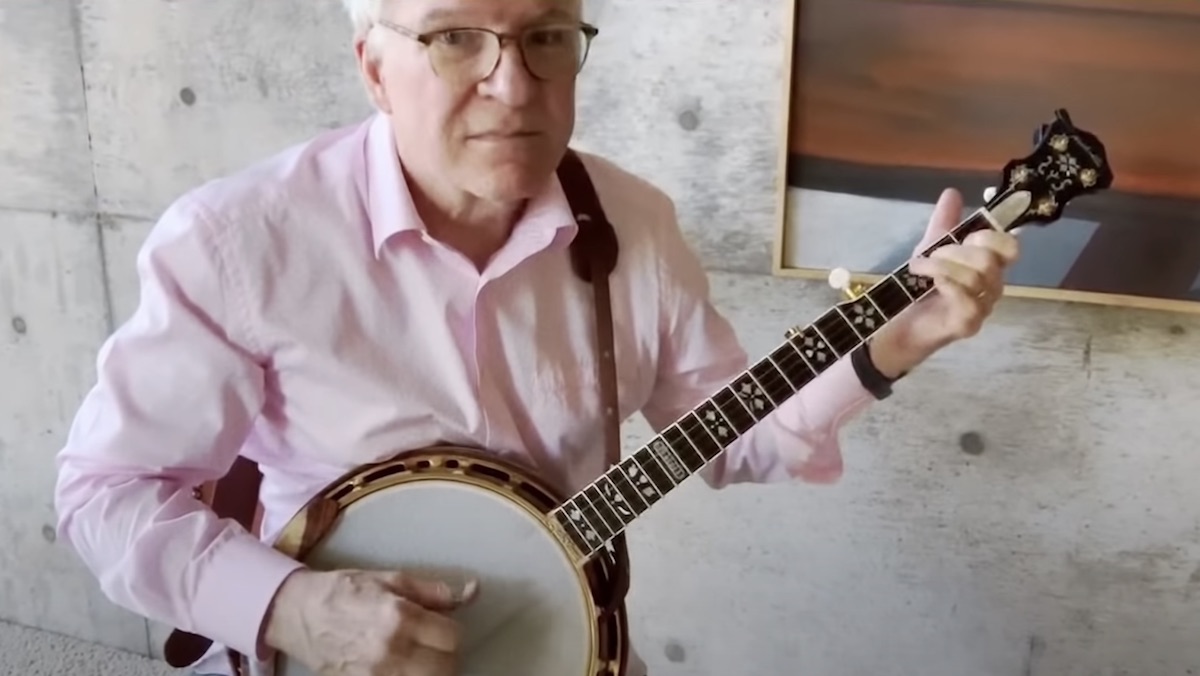 The answer is Steve Martin is still one of the funniest human beings on the planet. We spent that entire song waiting for clues about the title. And not only are we thinking about office supplies now, we’re thinking about both the items we use at work and this song.

There’s a reason this banjo player was a famous stand-up comedian.