This Ethereal Sea Creature Is Made Up of Smaller Creatures - Nerdist

This Ethereal Sea Creature Is Made Up of Smaller Creatures

Siphonophores are deep-sea “colonial creatures” made up of specialized individuals that work together as one. And while scientists have described some 175 species of the bizarre beings, each one of them—and all the little thems that make them up—is still spectacular to watch. Such as Marrus claudanielis, a scarlet-colored siphonophore the Monterey Bay Aquarium Research Institute (MBARI) showed off in a recent video. Although, fair warning: claudanielis apparently has +5 to mesmerization spells.

MBARI recently released the above video of claudanielis, noting that the research organization first identified the species in 2005. The MBARI scientists found the alien organism off the coast of California and New Jersey, and they’re likely widely distributed across Earth. (Although MBARI says they’re good at eluding observation.)

Like other siphonophores, claudanielis consists of a colony of zooids, which themselves are individual animals. These zooids, or “drones” as they’re sometimes called, work together as a massive team to keep any given siphonophore alive and moving. And while all of a siphonophore’s zooids share identical DNA, they still mutate to perform very different functions. 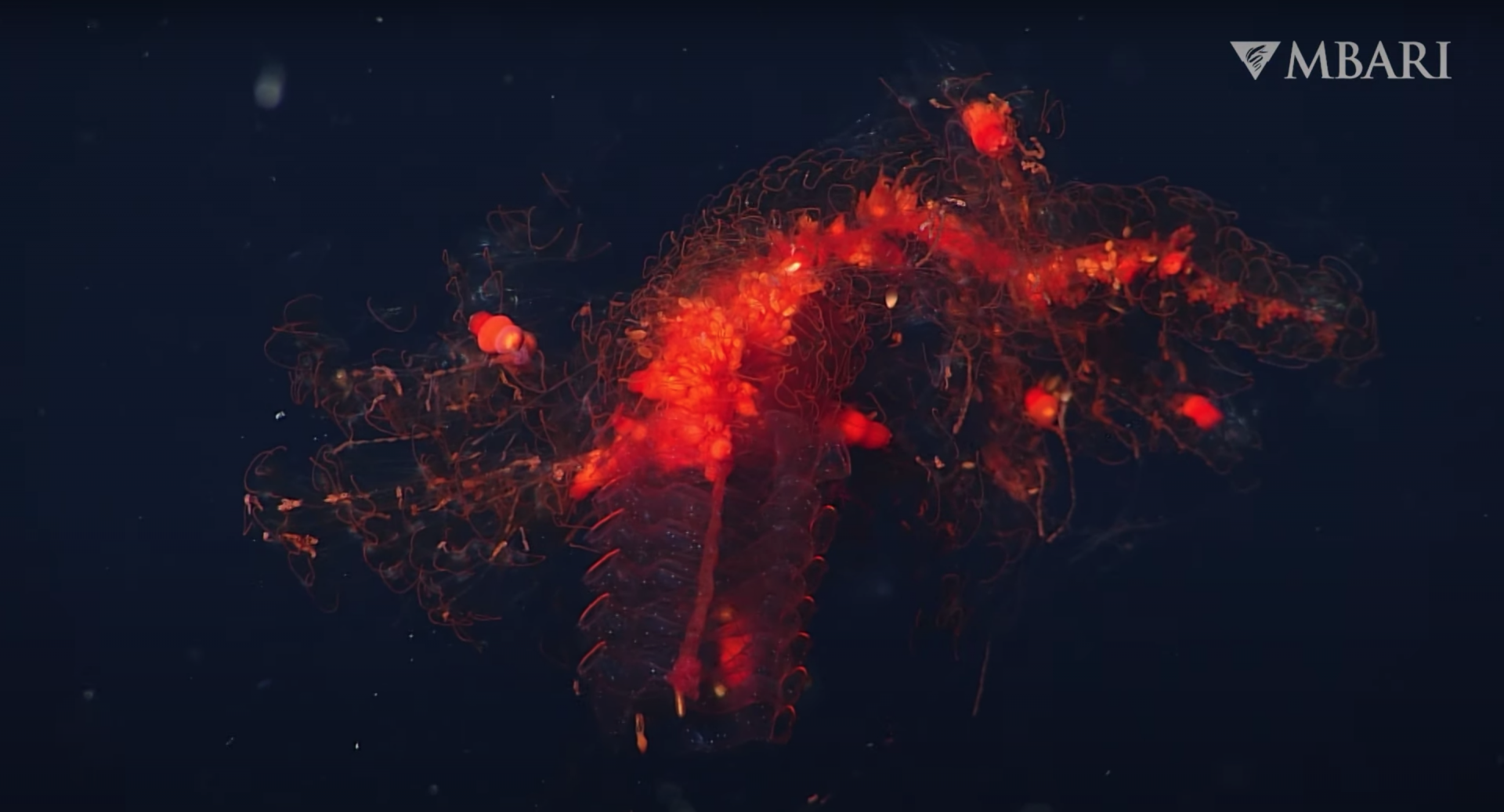 Claudanielis, again, like other Siphonophorae, also lives far from the seafloor; floating endlessly through open, lightless ocean midwater. The entire genus sounds quite introverted though, as Siphonophorae simply break apart and die if anyone tries to remove them from their aquatic milieu.

Siiphonophorae’s fragility comes to spite the fact each member is technically a colony of zooids. That’s because the zooids’ strength is also their weakness: they simply can’t live without each other. In fact, they need one and other to do everything from move to digest prey; as they’re doing in the unrelated siphonophore video below.

...they'll send the nutrients through a long digestive tract that travels down the whole colony, so that every other clone can use the nutrients. In this way, this siphonophore may remain still and feed for a long time, and I mean LONG...

While claudanielis is certainly spectacular, if you’re looking for a truly alien sinophore, check out siphonophore Apolemia. Ocean explorers found that underwater colony in a “UFO-like” feeding posture, and estimate it’s more than 100 feet long. Which definitely doesn’t make the fact that it’s also super mesmerizing seem frightening at all…