Practicing mindfulness helps me through day-to-day life, especially right now. Embracing a little escapism boosts my ability to focus and to let worries slide by without obsessing over them. Maybe that escapism comes in the form of watching someone build elaborate fantasy dioramas. Or, in this case, it’s watching Disney’s new short-form series called Zenimation. The show, which features lovely, soothing moments from across several Disney animated films, debuted today, May 22, on Disney+.

Think about some of the landscapes in Disney animated movies and the kind of soundscapes you’d hear underneath the dialogue and musical score. That’s where Zenimation lives. Across its ten episodes Zenimation brings iconic scenes together for an animated soundscape experience. Basically, it’s ASMR combined with gorgeous Disney animation, and it’s a terrific idea. I’ve seen the first three episodes, and they completely calmed my soul a few minutes at a time, and that is so very valuable.

The trailer below beautifully demonstrates the vibe of the series.

While I recommend focusing completely on Zenimation with headphones to absorb the maximum soothing benefits, I believe the show would also serve as comforting background. The ocean splashing as Moana embarks on her quest. The crisp sound of an icy forest floor crunching underneath feet. Bustling city noises of San Fransokyo. I’ll take any and all of that over listening to my neighbor on another conference call. 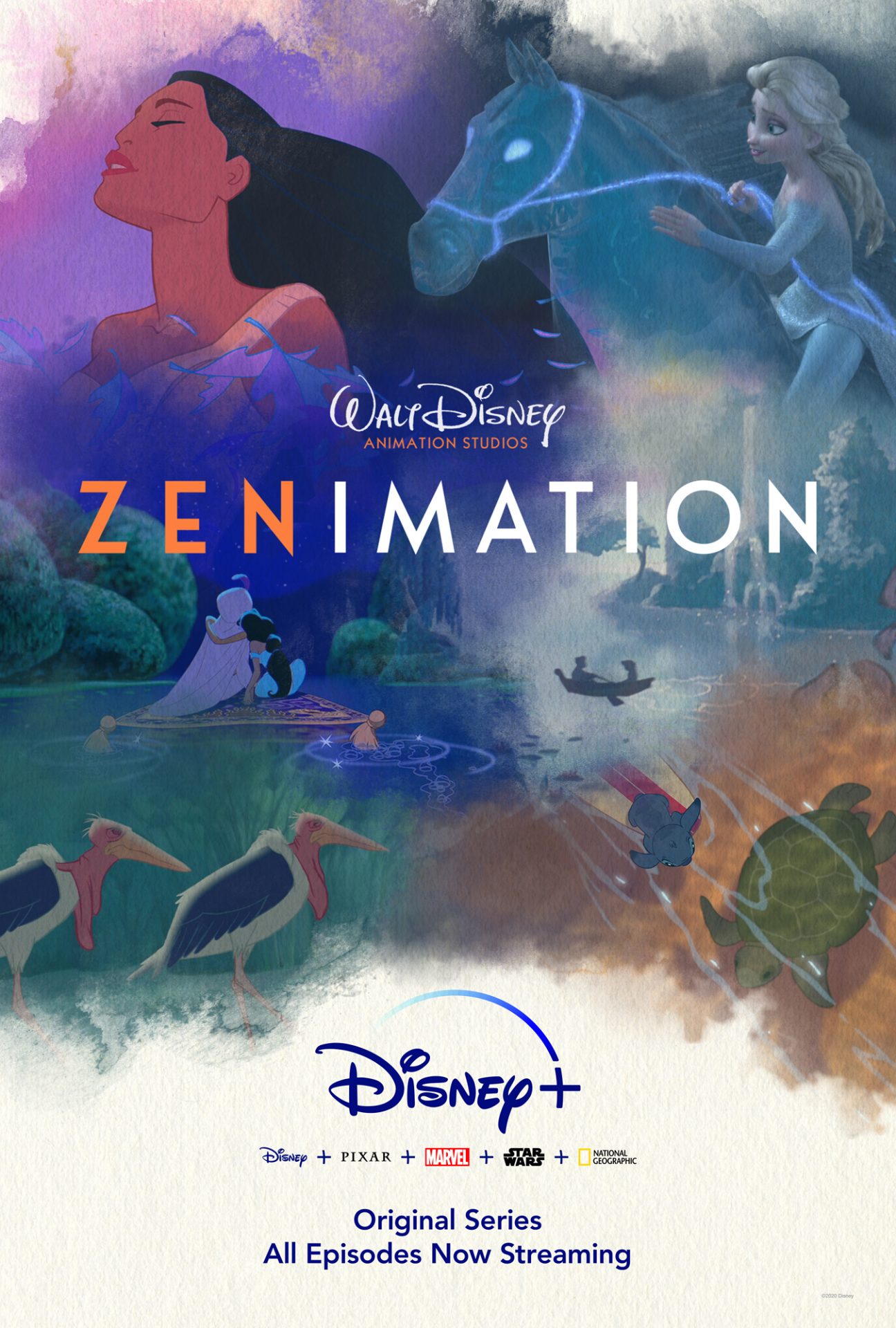 Though Zenimation is arriving at a timely moment, the Walt Disney Animation Studios came up with the foundation for series at D23 Expo in 2019. They pulled together single scene vignettes without music or dialogue to share in the Disney Animation Booth during the fan convention. It came together so well that the idea evolved into Zenimation. Besides highlighting picturesque scenes from movies such as Moana, Peter Pan, and Frozen 2 among others, this new series highlights some impressive sound design. The kind of sound design I can sink into and release my cares. Yes, please.