How Bastet, Warrior Goddess of Fertility, Evolved into a Cat - Nerdist

How Bastet, Warrior Goddess of Fertility, Evolved into a Cat

There’s no doubt scientific cat facts are endlessly fascinating, but learning about the way cats were treated in Ancient Egypt is something special. Case in point: This video from New Historia, which tells the story of the fertility goddess, Bastet. And how she evolved from “fierce lion” into “fluffy cat” will probably help shed light on why your own cats are so mysteriously majestic.

New Historia, a YouTube channel that brings ancient history to life with animated storytelling, gives an overview of Bastet’s transformation in the video above. And just about every cat factoid revealed by the breakdown is extremely “Ancient Egypt” and also extremely “cat.” For example, Historia notes that the oldest religious writings in Egypt, the “Pyramid Texts,” show Bastet as a mother, and nurse to the king. Which means from the very beginning Egyptians saw the cat goddess as a protector. 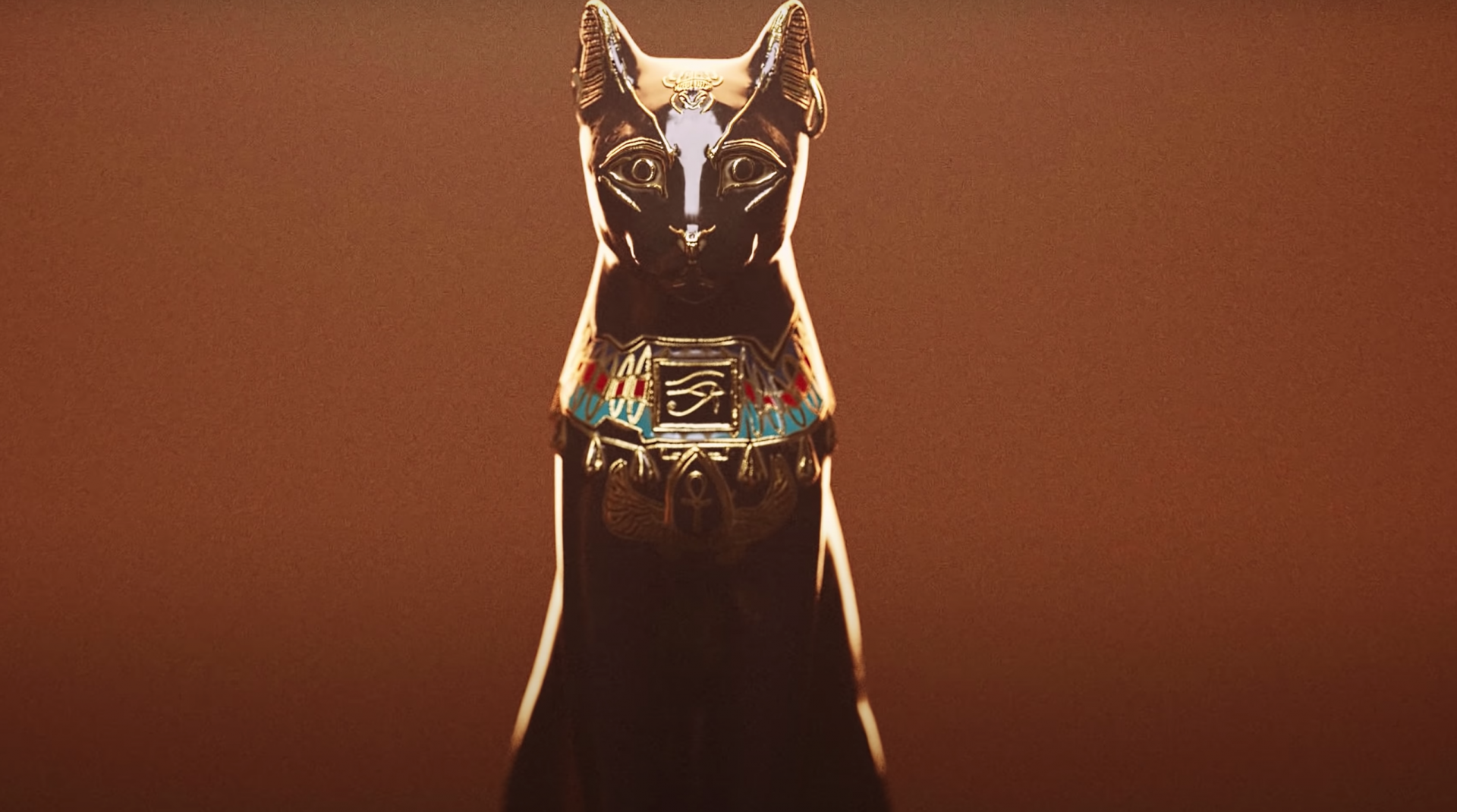 Bastet’s essential transformation, which Historia says took place around 3,000 years ago, saw the gentle warrior goddess go from woman with the head of a lioness to full-blown domesticated cat. Historia notes that this transformation took place, at first, because of Bastet’s splitting off from her vicious-warrior sister, Sekhmet. (Depictions of the pair are below.)

Despite her split from Sekhmet, however, Bastet kept her title as protector. Big thanks to cats in the real world doing what they do best: mercilessly killing stuff. Historia notes in the video that grain stores were essential for Ancient Egyptians, and that cats would frequently rid them of vermin. Likewise, Bastet developed her fertility goddess status thanks to IRL cats producing so many offspring.

The best part of the whole Bastet breakdown has to do with real cats rather than the goddess herself. Historia says that there is “concrete proof” that cobras were “popular prey” for Ancient Egyptian cats. This is not only shockingly brave of the little felines, but also, apparently, the basis for some excellent wall art. Historia even says the image below—a cat killing a cobra with a sword—could be the very first cat meme. 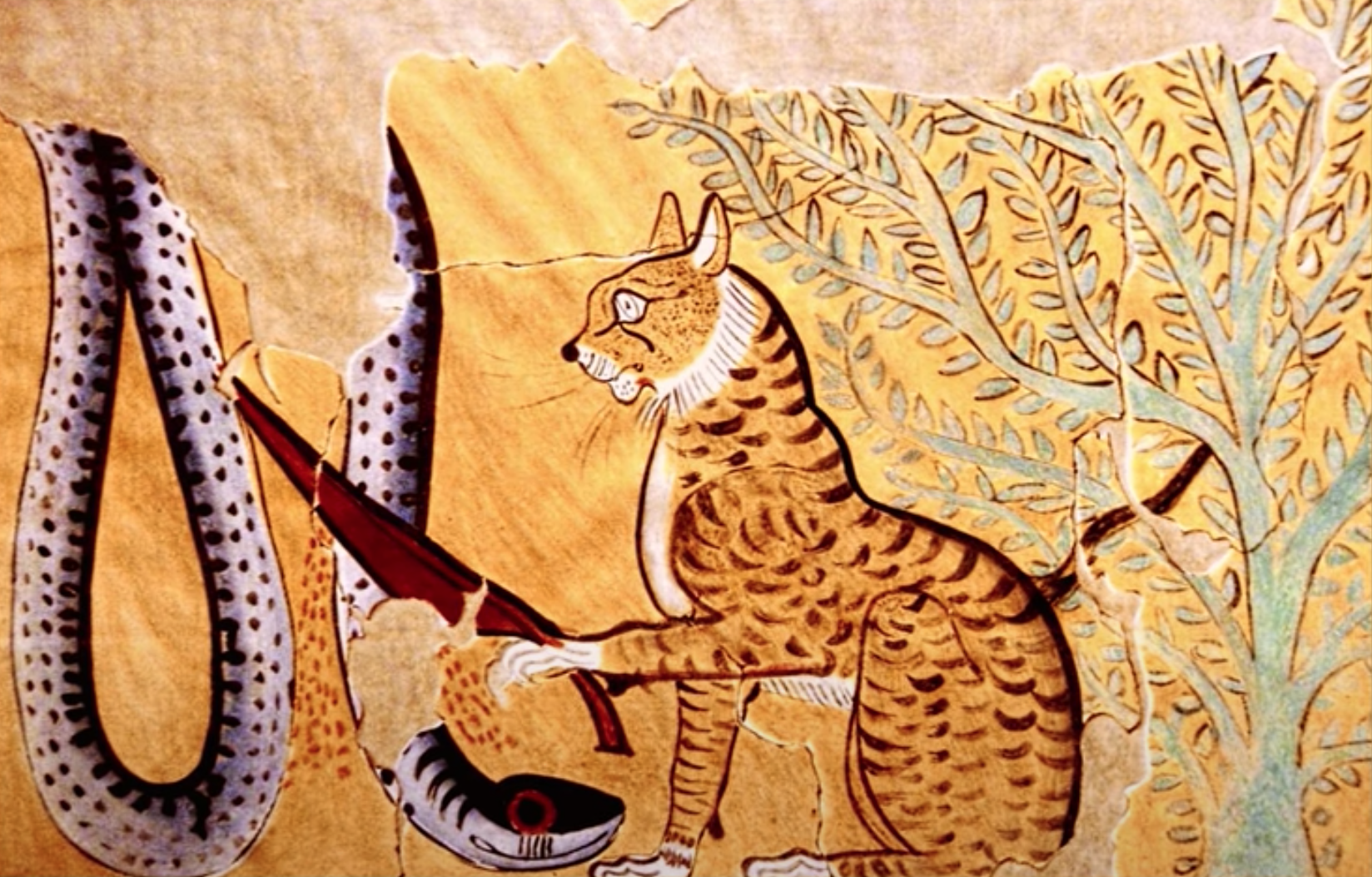 What do you think of New Historia’s breakdown of the Ancient Egyptian goddess, Bastet? Are you now considering a cadre of cats as your bodyguard? Are you just going to start worshiping at the feet of the lioness deity? Engrave your thoughts into the comments, people!