Earth’s been around for a long time. And during its tenure as a planet, has been slammed with a lot of cosmic objects; the largest of which left massive craters in their wake. In a new size comparison video, YouTuber MetaBallStudios offers a lineup of the those massive craters. One that may make you rethink just how severely pockmarked our home planet really is.

MetaBallStudios, a.k.a. MBS, recently posted the above crater comparison to his channel. MBS—a Spanish animator who goes by the name, Alvaro—has made countless other size comparison videos like this one in the past. Including ones that offer a new sense of scale for everything from cities to island to moons.

This comparison of craters begins with Haviland Crater in the US; a meteorite crater in Kiowa County, Kansas, that’s only about 50 feet in diameter. From there, however, the craters quickly grow large enough to swallow up whole cities. And, at one point, reach their zenith with the 120-square-mile Vredefort crater in South Africa. For reference, the city of Little Rock in Arkansas has approximately the same footprint. 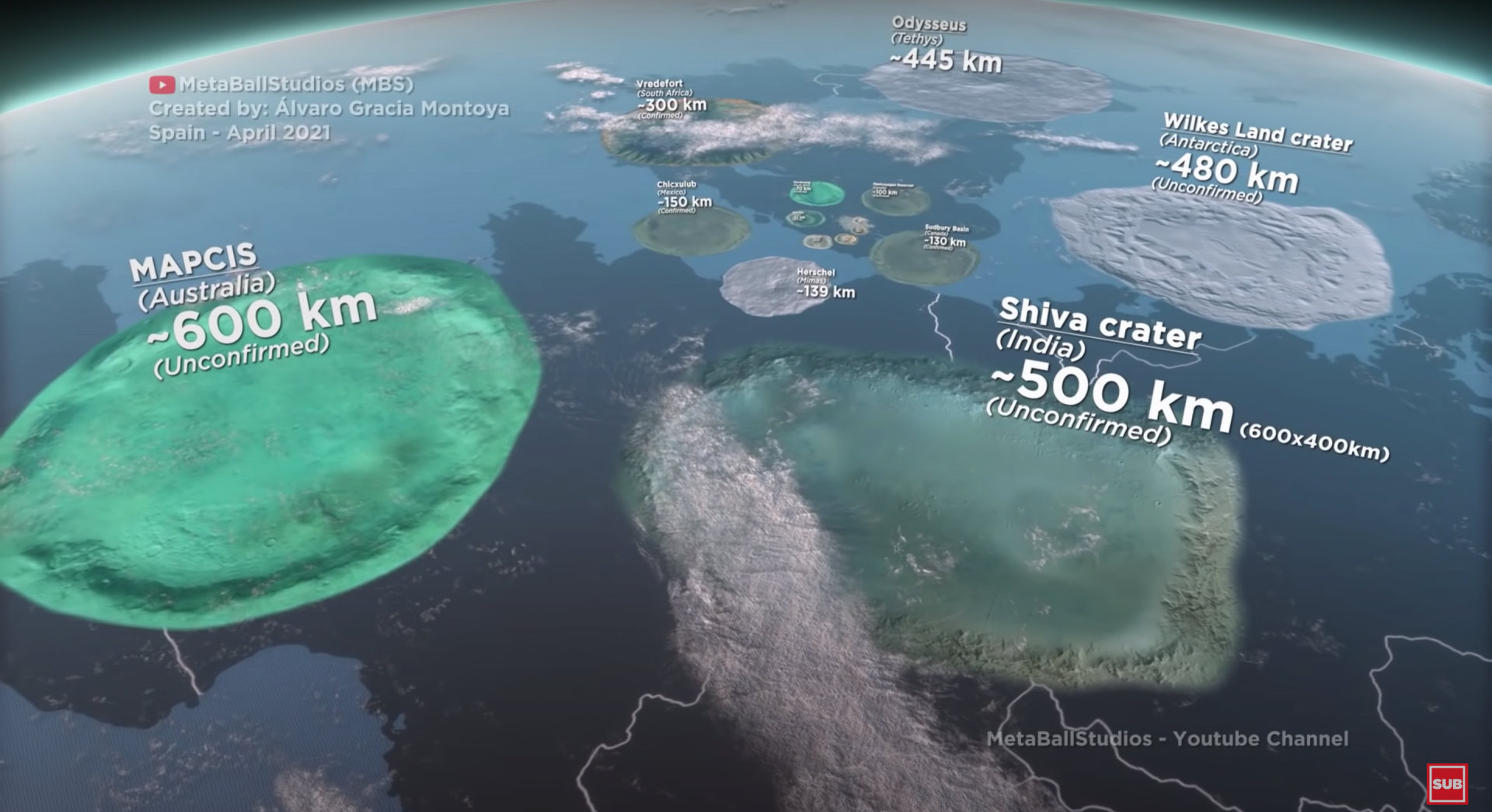 Beyond Vredefort, MBS also includes three geological features of Earth that geologists suspect are craters, but have yet to be confirmed. Those include Wilkes Land crater in Antarctica, the Shiva crater in India, and the MAPCIS crater in Australia. (MAPCIS stands for Massive Australian Precambrian/Cambrian Impact Structure.) 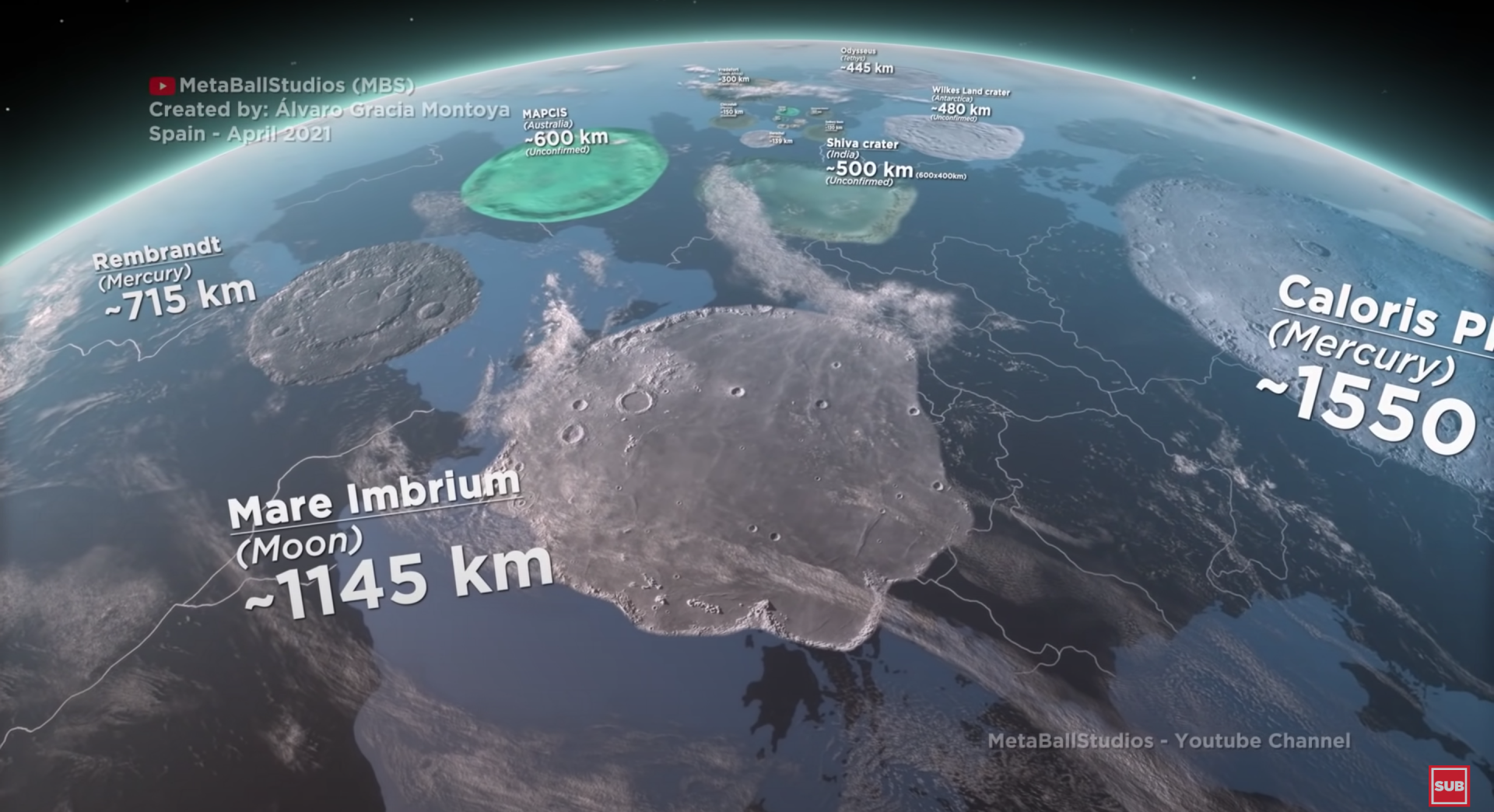 Along with craters on Earth, MBS also includes some other craters from our solar system in the lineup. Odysseus, an unconfirmed 276-mile-wide crater on Saturn’s moon, Tethys, for example, appears in the size comparison. As well as Rembrant, another unconfirmed crater on Mercury spanning 444 miles wide. As for the largest crater in the video? The 1,400-mile-wide Hellas Planitia on Mars takes that title. Perhaps one day people can fly over the Martian basin to get a sense of its size in person. Flight’s already kind of a thing on the Red Planet, after all.