We’re still eagerly awaiting Denis Villeneuve’s Dune. The epic film, based on one of the most beloved and bestselling science-fiction novels of all time, was originally going to release last December. But COVID-19 had other plans. Currently, the film is set to come out this October 1. That feels like forever from now. But you know what feels even farther? Dune 2.

In case you forgot, Villeneuve’s Dune only covers the first half of Frank Herbert’s book. And that first book is part of an ongoing Dune series. Herbert published six before his death, with his son Brian co-writing many others. We have no idea if any subsequent Dune novels will make it to screen. But theoretically, the second part of Villeneuve’s film duology should happen at some point. It all depends on if the success of the first film. Here’s hoping it does well enough to justify part two, because it’d be mighty strange to leave the story hanging. 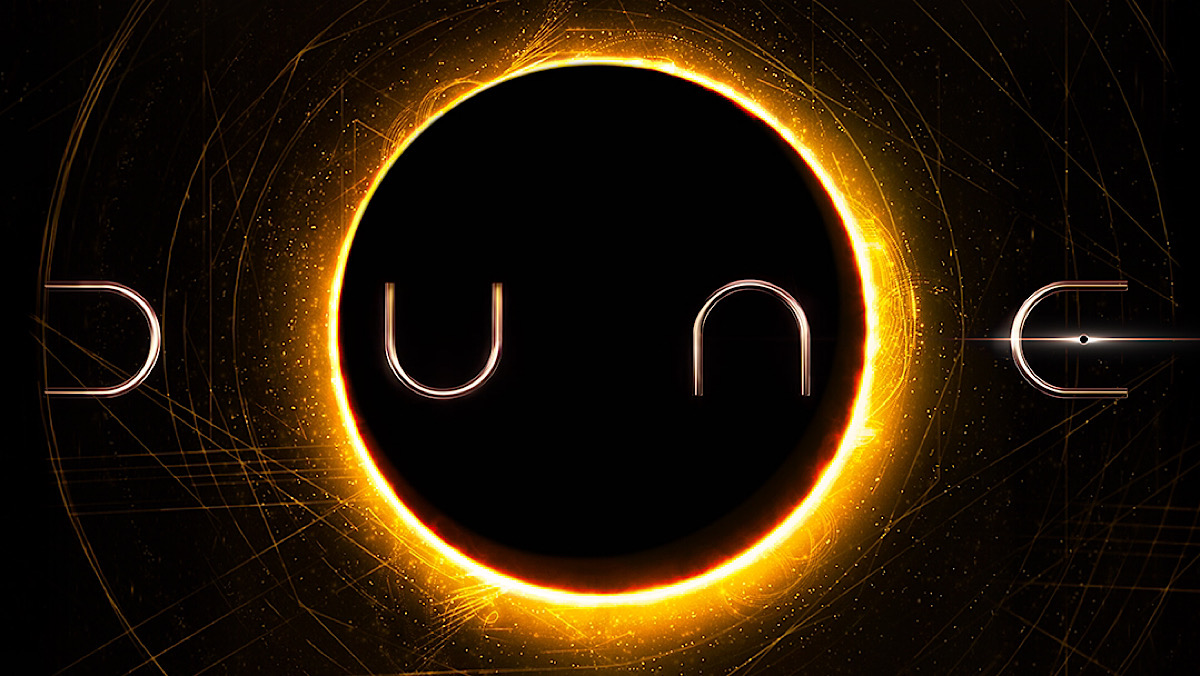 If the second part of Dune does make its way to screens, Villeneuve has some major characters left to cast. There are four big ones that will undoubtedly be in part two, as they’re quite essential to the story. And since they haven’t been cast yet, that means we can have some fun dreaming up the ideal actors to step into their shoes.

Here are the four major characters left to cast, and who we’d pick for the roles. With a variety of options for each part! (Under a spoiler cut for those who haven’t read Frank Herbert’s Dune and don’t want to know major plot reveals.) 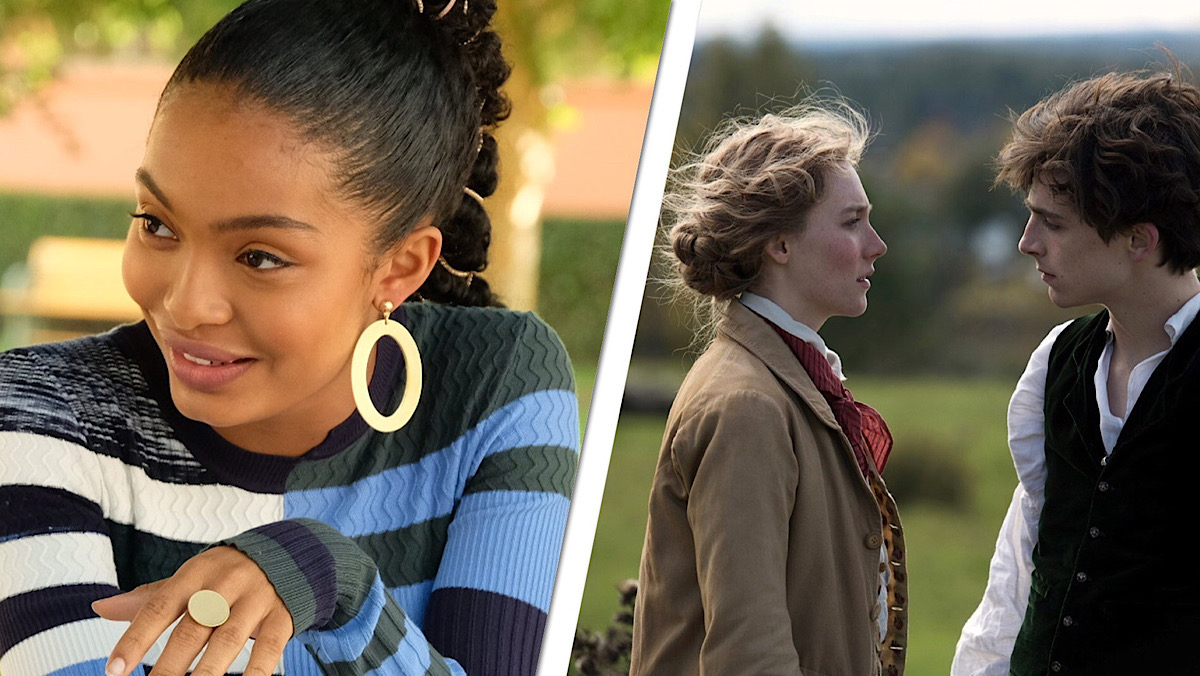 Even if you’ve only read part of Dune, you’ll recognize the name Irulan. The princess and daughter of the Padishah Emperor (more on him in a bit) is something of a narrator for the novel. Her writings about Paul Atreides serve as epitaphs throughout the book, as they open each chapter with relevant future insights about Muad’Dib. In the actual text of the novel, after the Emperor’s plans to thwart House Atreides fail, Irulan becomes Paul’s wife. It is a political marriage and not a romantic one, but Irulan’s proximity to Paul makes her something of a historian, and thus a vital part of the Dune legacy.

In David Lynch’s 1984 film adaptation, Virginia Madsen played Irulan. Julie Cox played her in the 2000 TV miniseries Frank Herbert’s Dune and its 2003 sequel, Frank Herbert’s Children of Dune. When I first heard that Timothée Chalamet would play Paul, I thought right away about Saoirse Ronan as Irulan. She fits the book’s description of the character—i.e. tall, blonde, light eyed, “a face of patrician beauty, classic in its hauteur”—and it’d be fun to see the Lady Bird and Little Women costars reunited once again.

But it’d also be nice to see the Dune sequel think beyond just physical descriptions, and populate its universe with people who resemble the whole of Earth’s make up. (In the Dune universe, all humans originate from Earth.) So it’d be great if someone like Yara Shahidi took on the role. She has a regality that would be perfect for the part. Another actress who’d do wonders in the role is Amber Midthunder, who you might remember from the FX series Legion. She delivered a balletic and mesmerizing performance as Kerry in that show. Her grace and skills would bring a lot of nuance to Irulan. 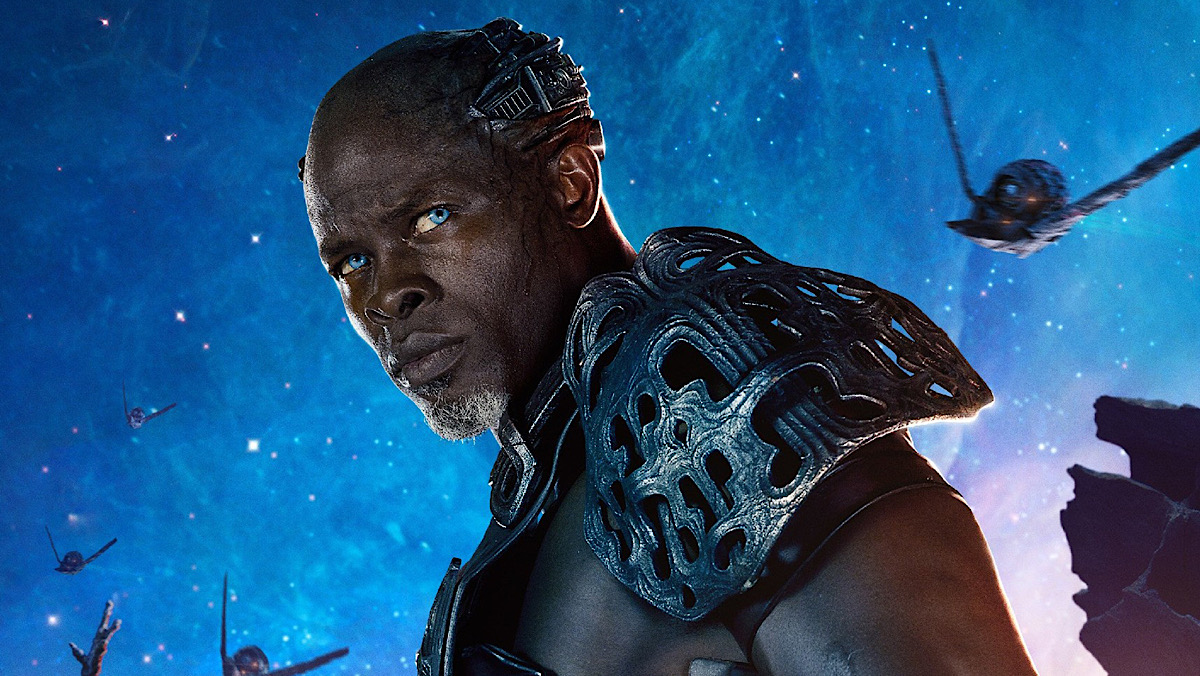 Irulan’s father is the Padishah Emperor—i.e. the ruler of the Known Universe in Dune. Shaddam Corrino IV’s machinations are at the center of Dune. Its his jealousy of the charismatic and beloved Duke Leto Atreides (Oscar Isaac) that sets the story in motion. The Emperor plots with House Harkonnen—the longtime enemies of House Atreides—to overthrow Leto and his family so they won’t become threats to his rule. His plan backfires majorly. Though the Harkonnens kill Leto, his son Paul survives and comes to control Arrakis, a precious planet that produces the universe’s most valuable commodity: spice melange. Paul forces Shaddam to step down, and Paul himself becomes the new Padishah Emperor.

The character has not yet been cast, but he will surely be referenced in detail in the first Dune. The whole plot of the book and film revolve around his decision. When I first read, I couldn’t help but picture Kenneth Branagh in the role. Maybe it’s the Shakespearean deception aspect of it all that brought him to mind? Another actor who sprang to mind is Djimon Hounsou. The acclaimed actor has a strong presence and would do wonders as the complicated Emperor. 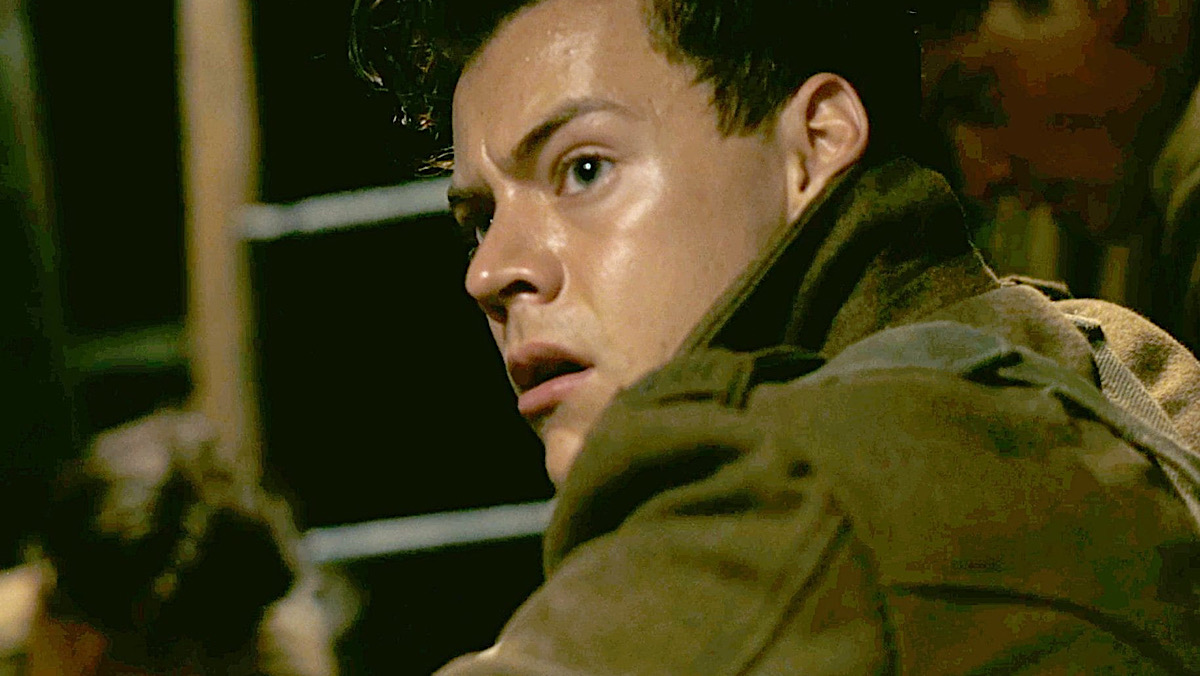 Feyd-Rautha is probably the most anticipated character yet to be cast, as he’s a major antagonist in the novel. He’s the nephew of Baron Vladimir Harkonnen (Stellan Skarsgård), the main villain who assists the Padishah Emperor in taking down House Atreides. He is also the younger brother of Glossu Rabban, a.k.a. “The Beast,” played by Dave Bautista in the film. Feyd-Rautha is something of a proxy to Paul Atreides. Both are young and products of the Bene Gesserit breeding program. He’s also a pawn for the Baron, who intends to install him as leader on Arrakis and marry him to Irulan. Instead, Paul kills him in single combat near the novel’s end.

It’s something of a tradition in Dune adaptations to cast musicians as Feyd-Rautha. Sting played the character in Lynch’s film, and Mick Jagger was set to play him in Alejandro Jodorowsky’s scrapped project. So it’s only fitting that a musician play him this time around, too. I’m not exactly being original when I suggest Harry Styles for the part. Others have fan cast him in the role, mostly due to his physical similarities to Timothée Chalamet. (Chalamet even played Styles in a Saturday Night Live sketch.)

We know Styles can act, as he turned in an impressive performance in Christopher Nolan’s Dunkirk. Plus, if you want to all but guarantee a successful sequel, promote a Harry Styles and Timothée Chalamet duel in your marketing. It also makes narrative sense that the two would look alike. Again, they’re foils, and both part of the Bene Gesserit breeding program. They’re also technically related. I don’t even have any other suggestions for this one. Harry Styles or bust! (Although I wouldn’t be mad about Bill Skarsgård in the role, either.) 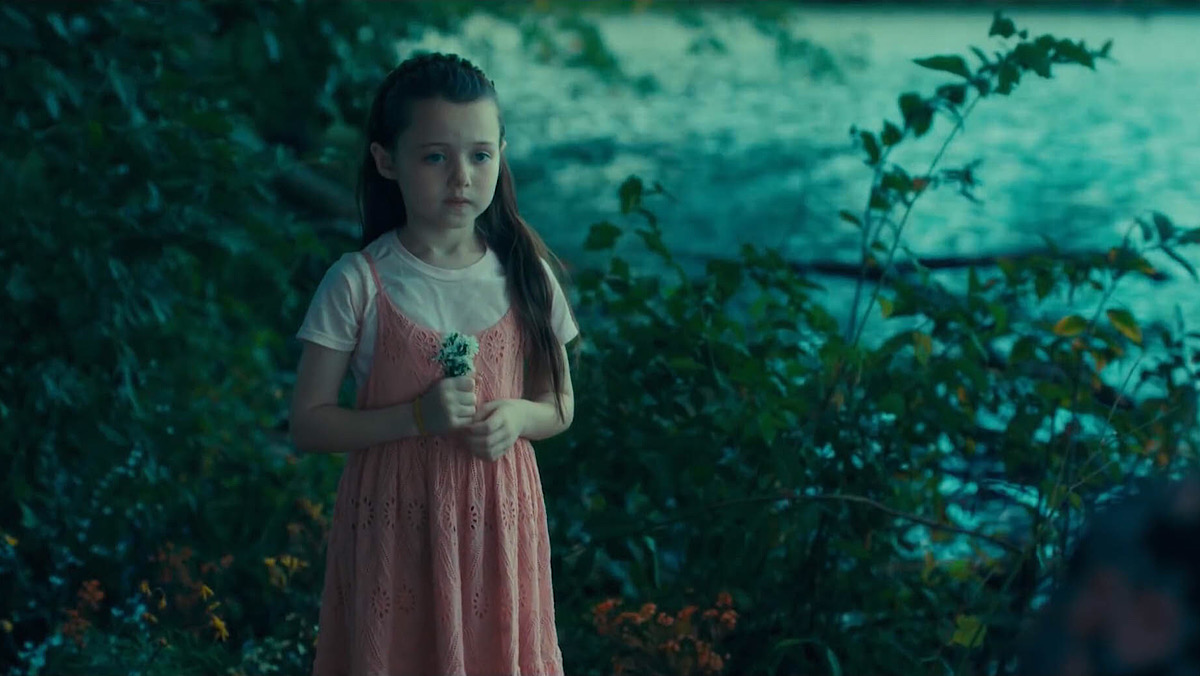 Another extremely important Dune character yet to be cast is Alia Atreides. And unlike the others, there’s a very good reason she won’t appear until part two. She isn’t born until midway through the book, although Jessica (Rebecca Ferguson) is pregnant with her early on. As the daughter of Duke Leto and Lady Jessica, and sister of Paul, she is extremely important. She’s also a unique character. Because of her exposure to the Water of Life (the bile of a drowned sandworm, which is sacred) in utero, she is born a Reverend Mother. This gives her powerful abilities from the time of birth. She eventually kills Vladimir Harkonnen, her grandfather, with a Gom Jabbar.

Alia is an incredibly tricky character to cast since she’s technically about two years old during the events of Dune. However, because she was essentially born an adult in a child’s body, it’s likely they’ll age her up for the film. For reference, an eight year old Alicia Witt played Alia in Lynch’s Dune. A similarly aged Laura Burton played her in the 2000 miniseries. Aging her could complicate the established time jump between parts one and two, although it’d be easy to toss in a line about rapid growth or something to hand-wave the discrepancy.

But fan-casting her is still pretty difficult. For starters, I don’t know many actresses under the age of 10. And secondly, the first Dune isn’t even out, which means it will be quite a while before the second goes into production. Kids age fast, so the ideal Alia is probably someone who’s a toddler right now. If we’re not taking all of that into consideration, one actress who springs to mind is Violet McGraw. She’s 10 as of this writing. And she’d be excellent in the role, as she proved her talent and maturity as Young Nell in The Haunting of Hill House. She also worked closely with Rebecca Ferguson—who would play her onscreen mother in this hypothetical situation—in Doctor Sleep.

If we were fan-casting for an older version of the character, such as how she appears in Dune Messiah, I’d suggest someone like Bella Ramsey or Jenna Ortega.

There are certainly even more characters who could appear in the second part of Dune, but these are the ones we’re most excited to see. (And also the ones that seem most likely to make the cut.) Here’s hoping we’re onto something with any of these suggestions. We’ll find out eventually, should Dune part two actually make it to screens.