Alejandro Jodorowsky’s Dune is one of the greatest sci-fi films never made. A 12-hour-long journey meant to replicate the sensation of taking LSD; a radical, diverging adaptation of Frank Herbert’s novel of the same name. It was also the subject of a stunning documentary—aptly titled Jodorowsky’s Dune—that chronicled the making of a film that doesn’t exist. It’s the story of a filmmaker with a psychedelic ambition too grand to tame, too striking to curb, and so righteous and realized that it indirectly led to the creation of a true sci-fi masterpiece: Alien. And now, it has the potential to influence another adaptation of the very same book. 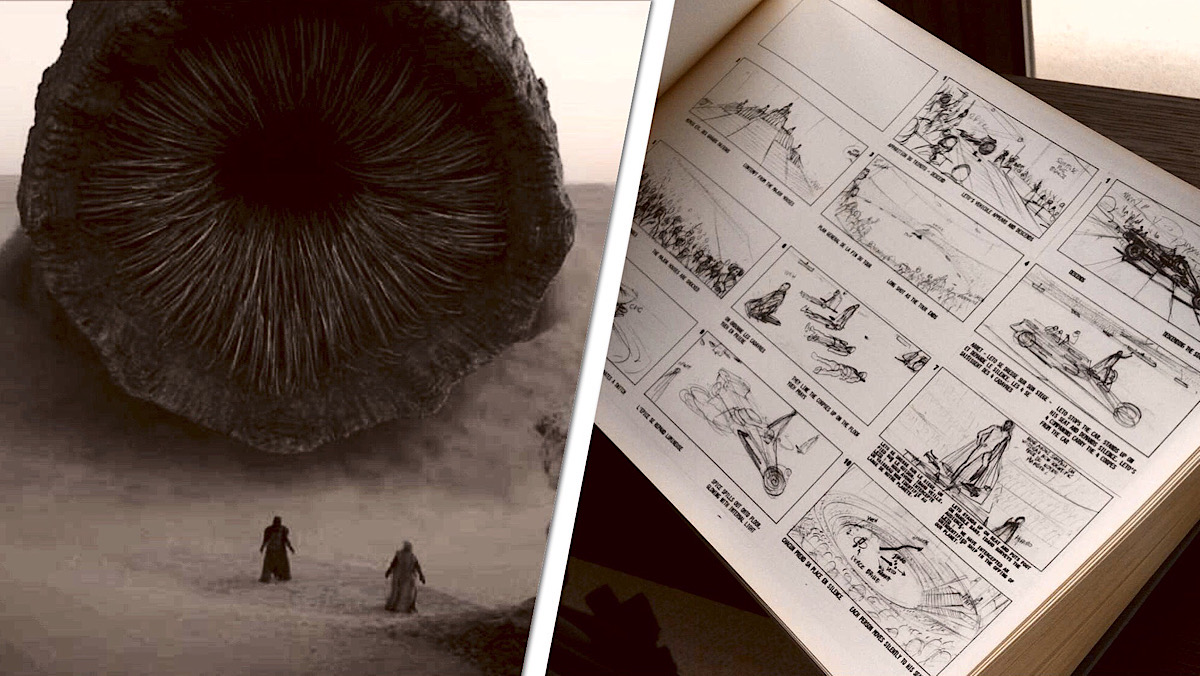 The history of Jodorowsky’s Dune

In the mid-’70s, the Chilean filmmaker—fresh off the cult successes of El Topo and The Holy Mountain—sought to adapt Herbert’s massive science-fiction novel into an equally massive film. His eccentricity and excitement for the project was contagious. It attracted the likes of Salvador Dalí, Orson Welles, David Carradine, and Mick Jagger, who all agreed to play roles in the film. (Dalí only agreed if the studio would pay him $100,000 for every minute he was onscreen; Jodorowsky obliged, but planned to film his non-essential scenes with a life-sized animatronic to save money.)

“I wanted to make something sacred,” Jodorowsky said of the project. Something that would “change the minds of all the world.” But he never got the chance. No studios were ever attached and Hollywood ultimately passed on the project, fearing the running length and the potential inflation of budget. The artists Jodorowsky hired to create concept art for the film—Moebius, H.R. Giger, and Dan O’Bannon—collaborated a few years later on Alien. Though Jodorowsky’s vision of Dune never manifested, the documentary implies that its conceptual form influenced everything from George Lucas’s Star Wars to James Cameron’s Terminator to Steven Spielberg’s Raiders of the Lost Ark and more.

It’s hard to say if Jodorowsky’s Dune would have been the incredible masterpiece of bizarro cinema that the auteur intended. Maybe, it would have flopped like David Lynch’s 1984 effort. Regardless, it lives now in infamy; as one giant bound book of scriptwork, concept art, and storyboards that Frank Pavich’s documentary mythologizes. But it might also live on, in some spiritual manner, in Denis Villeneuve’s new adaptation of the source material. 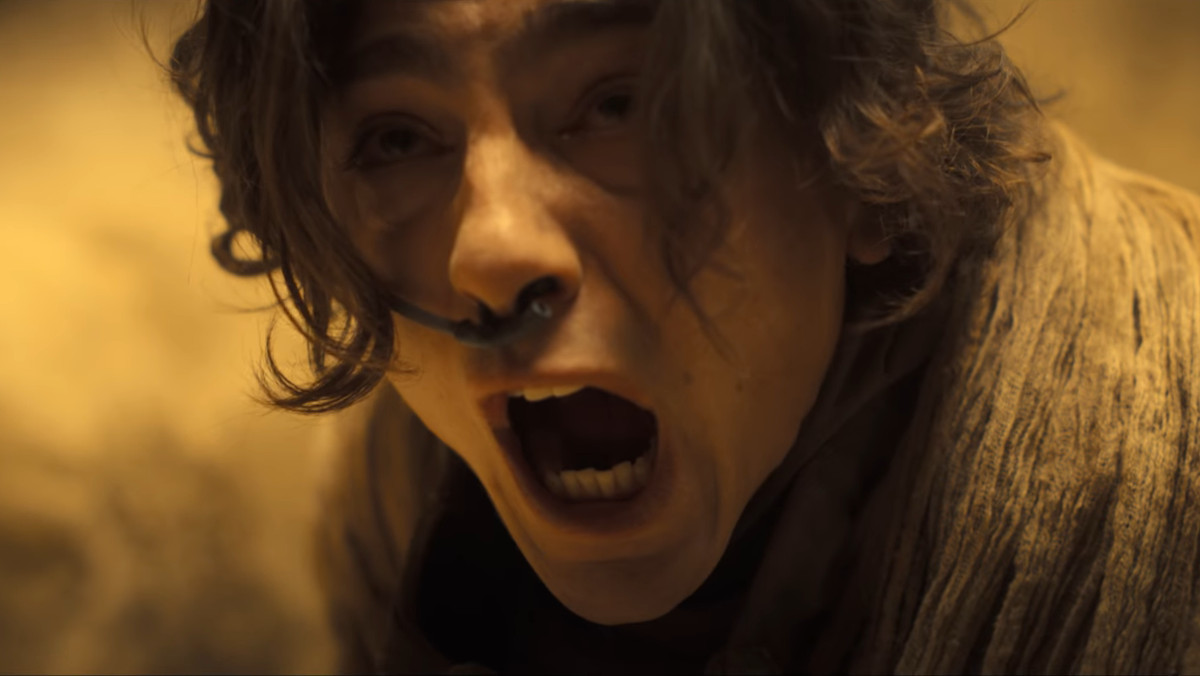 The new trailer for Villeneuve’s Dune pays tribute to Jodorowksky

The new trailer for Denis Villeneuve’s adaptation of the book—tentatively set to hit theaters this December, pandemic permitting—features a fun homage to Jodorowsky’s Dune. Instead of featuring new music from composer Hans Zimmer, the trailer features the songs “Brain Damage” and “Eclipse” by the band Pink Floyd, from their album Dark Side of the Moon. In the documentary Jodorowsky’s Dune, the filmmaker tells a story of meeting up with Pink Floyd to ask them to create music for his film. What follows is a hilarious tale about Big Macs and genius persuasion.

Eventually, Pink Floyd agreed to score part of Dune. (Their music would accompany scenes featuring Duke Leto I Atreides, with the rock band Magma’s music representing the Harkonnens.) The movie obviously never came to be, so neither did their new music. But placing the popular Dark Side of the Moon tracks over the new trailer proves that Villeneuve—or at least the marketing team—are paying tribute to Jodorowsky, in some small way. Which made us wonder… are there other ways Villeneuve’s movie could pay homage to Jodorowsky? 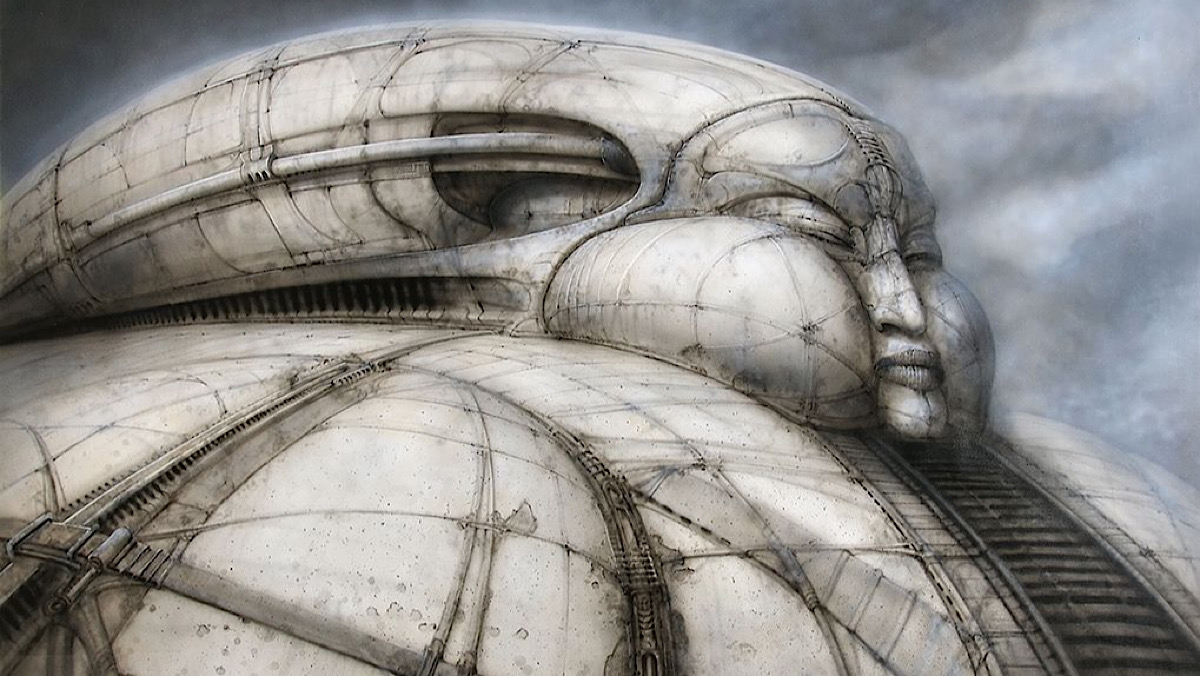 Other ways the new film might honor Jodorowsky’s vision

We don’t see a filmmaker like Villeneuve getting too heavy into the psychedelic visuals that Jodorowsky had planned for his version of Dune. That said, there are some ideas put forward in the documentary that we could see Villeneuve borrowing. For starters, Jodorowsky spends a good deal of time talking about his planned intro for the film; a long shot spanning the galaxy that he equated to Orson Welles’ Touch of Evil. In his vision, the camera would span the entire Known Universe before focusing on a space pirate ship carrying a load of spice melange. This sort of Kubrickian shot sounds exactly like something Villeneuve could incorporate into the new Dune.

Villeneuve might also look into the designs Giger created for the Harkonnens. Giger’s sharp, gothic style is reminiscent of the designs Villeneuve has used in his own sci-fi films, like Arrival and Blade Runner 2049. They wouldn’t look out of place in his version of Dune.

There are other little references he could weave in. Musical allusions to Pink Floyd and Magma that Zimmer could put into the score. Maybe a rockstar in the role of Feyd-Rautha Harkonnen (who was played by Sting in Lynch’s version and has yet to be cast in either parts of Villeneuve’s planned adaptations). Hell, put a flaming giraffe into scenes with the Padishah Emperor like Dalí wanted. There are a lot of small ways to pay tribute to the wild version of Dune we never got to see.