It’s been a weird year for movies, to say the absolute least. As such, it’s easy to forget that we’re just a few months away from the release of Denis Villeneuve’s Dune. The adaptation of Frank Herbert’s fantasy novel is set to hit theaters this December. This week, we learned that the first footage for Dune will come attached to Tenet, with a full trailer debut on September 9. That means the proverbial content floodgates are about to open. And, in fact, they already have thanks to Empire Magazine.

The sleeper has awakened. Empire’s WORLD-EXCLUSIVE #Dune issue, on sale Thurs 3 September, goes on set on the desert planet of Arrakis – and there are two covers to collect. First up, meet House Atreides. READ MORE: https://t.co/WYPn8ISZU2 pic.twitter.com/O9DEtyC4NK

The second Dune cover features the Fremen people from the planet Arrakis: Stiglar (Javier Bardem), Chani (Zendaya), and Liet-Kynes (Sharon Duncan-Brewster). This second cover also features Duncan Idaho (Jason Momoa). He isn’t a Fremen but his destiny is tied to the mysterious people.

And lastly, the most exciting of the bunch, is a collector’s cover that features our first peek at the film’s sandworms!

This month’s subscriber cover, created exclusively for Empire in collaboration with the filmmakers behind #Dune, is a terrifying glimpse at the colossal sandworms of Arrakis. READ MORE: https://t.co/WYPn8ISZU2 pic.twitter.com/3w92hRsDrB

We don’t see the full sand monster–which reside under the surface of the desert planet Arrakis–but we do get a glimpse of its giant mouth. It looks pretty dang frightening to us. According to Empire, that’s Paul Atreides standing directly in its warpath. We know from other images that he’ll have quite a lot to deal with on Arrakis, the planet his family moves to at the opening of Dune. 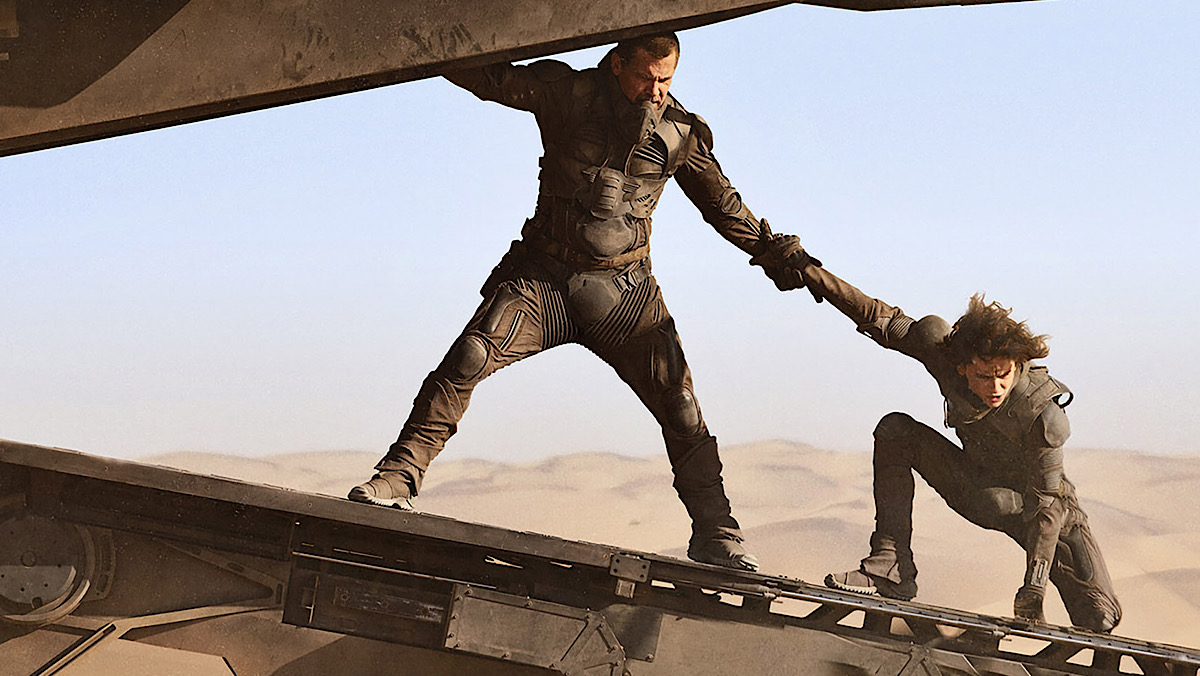 We can’t wait to see more from Dune when the trailer drops on September 9. For now, the film is still set to release to theaters on December 18, 2020.