This Fan Made DUNE Poster Dazzles the Eyes - Nerdist

This Fan Made DUNE Poster Dazzles the Eyes

Denis Villeneuve’s Dune is still months away, but the anticipation makes the days stretch out forever. After a precious few photos from the sci-fi epic recently arrived, fans’ imaginations soared. Many fans have spent the time waiting for the film’s premiere by creating unofficial art and posters, and we can’t help but be dazzled by one artist’s movie poster in particular.

Haley Turnbull turned the first high-definition stills from the film into a movie poster that captures the imagination. 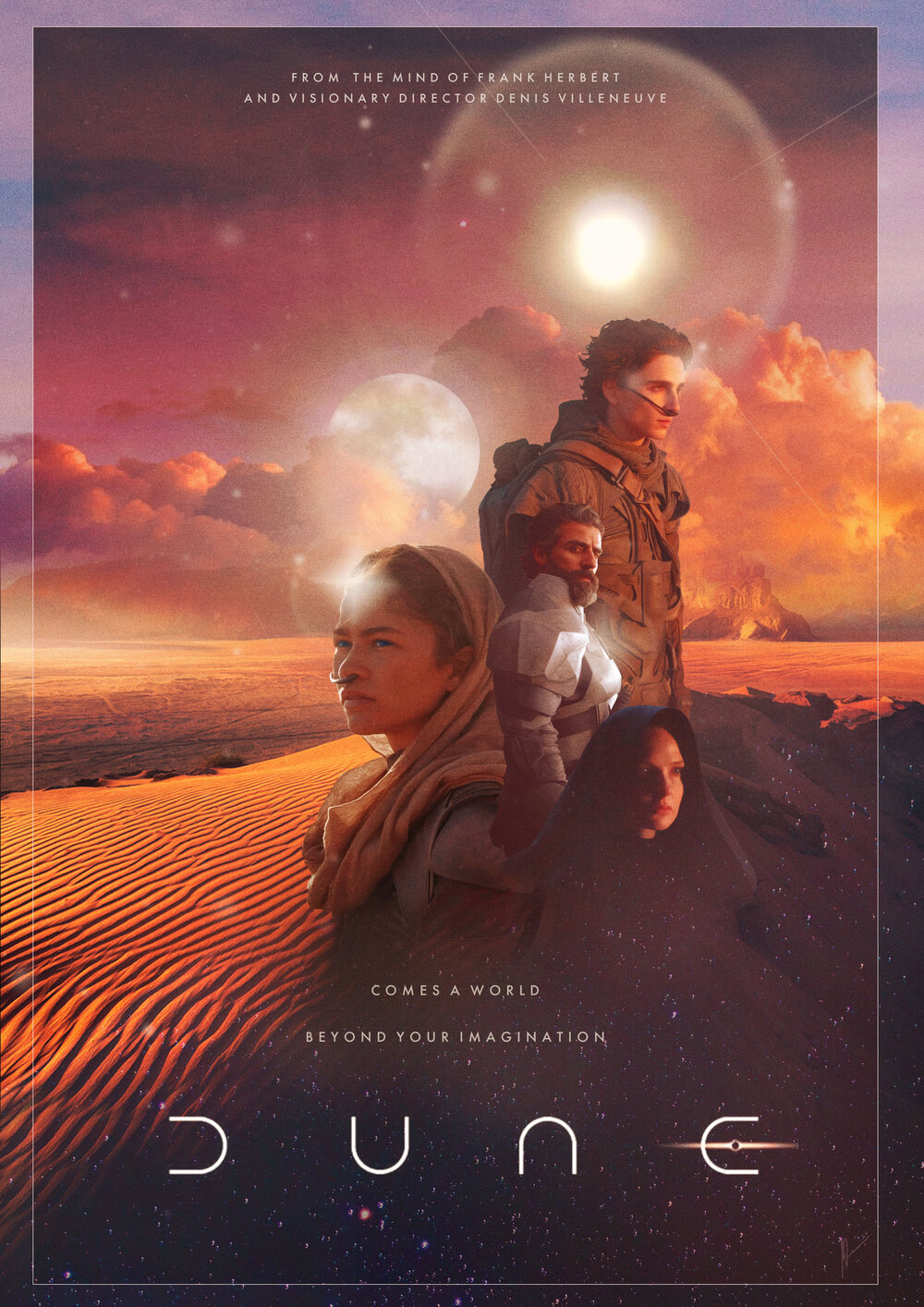 While the character stills are familiar sights by now as we’ve all stared at them constantly since they debuted on Vanity Fair (especially Oscar Issac, had to be said), Turnbull’s use of the photographs is stunning in its simplicity. The focus is just as much on the sprawling sands of Arrakis as it is the eye-catching characters.

On Reddit, Turnbull mentioned that the catchphrase on her poster was inspired by the first original, iconic movie poster. “[That] line is from the poster of the 1984 DUNE film,” she says. “With no tag line yet for the current film, I used that one.”

The original tagline proclaims, “A world beyond your experience, beyond your imagination.”

Whether you’re a long time fan of Dune, or you’ve never picked up the book, it’s not too late to join the Nerdist Book Club in reading Frank Herbert’s classic! Here’s the first episode discussing the novel in detail, and you can catch up in time for the next in-depth discussion.

Join the Nerdist Book Club at 5:00 PM Pacific on Wednesdays on the Nerdist YouTube channel to keep the conversation going. The spice must flow!