Frank Herbert’s Dune is one of the most iconic sci-fi sagas of all time. And like most evergreen stories, it has had it’s share of re-interpretation over the years. From Alejandro Jodorowsky, to David Lynch, to Syfy Channel, and now with the upcoming Denis Villeneuve film. And with each new version, comes a new aesthetic for the characters and the universe Herbert created over fifty years ago.

Now, via io9, we’ve come across one more new visual interpretation of the desert world of Arrakis and all of her famous denizens. Illustrator and concept designer Marc Henry has created several images for his newest illustration project, which is yet another visual reimagining of Frank Herbert’s world. You can check out some examples of this project down below. 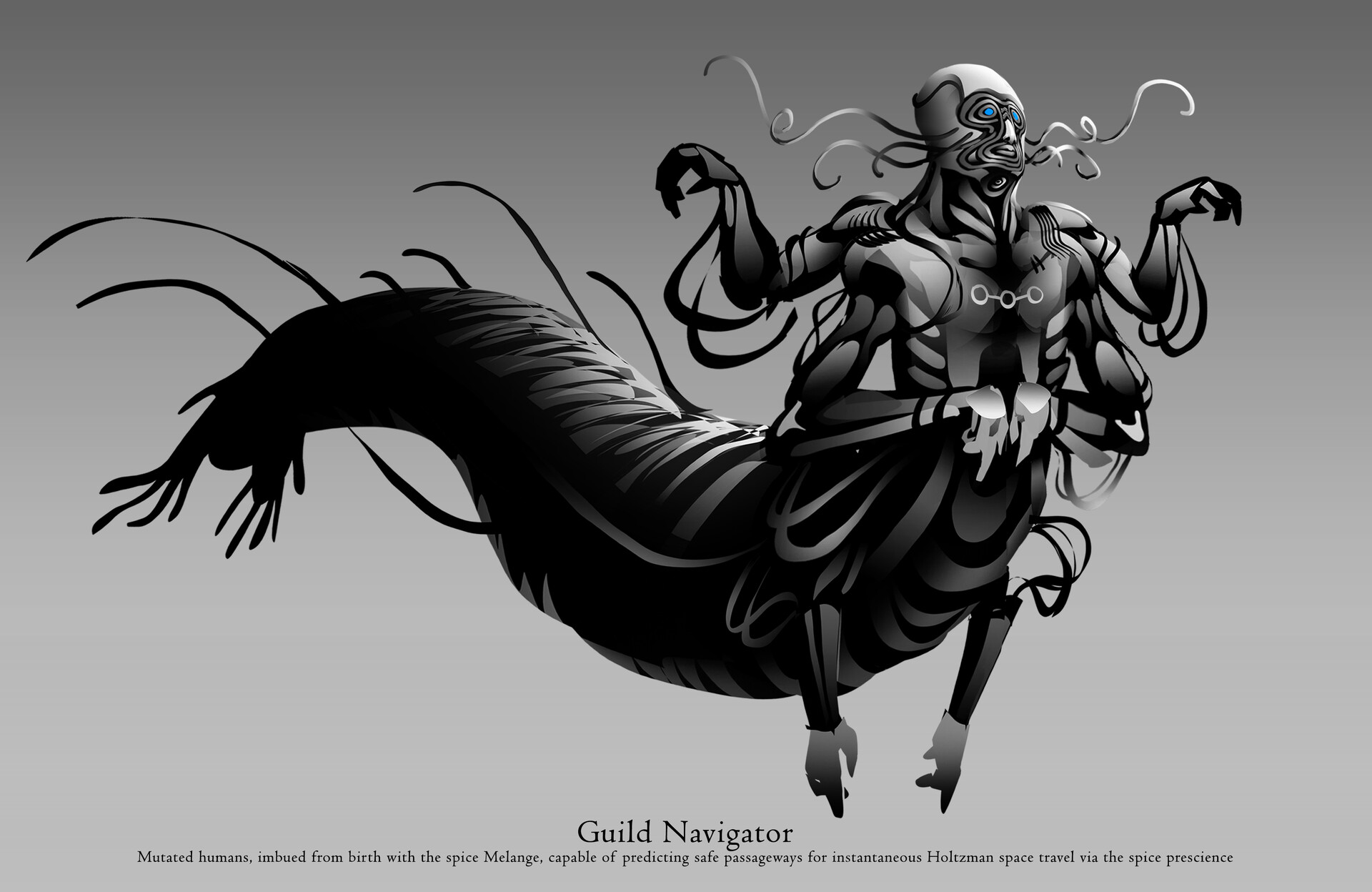 This series of illustrations does justice to pretty much all of the main characters from the original novel. From Paul Atreides and his family to the Fremen warriors to the Bene Gesserit Reverend Mother, everyone gets a stylish makeover. Now, it could just be because the images are black and white, but they all certainly feel a bit like the goth version of Dune, with a dash of Art Deco thrown in for good measure. There’s a little bit of ancient Japan in these illustrations too, most specifically with the Emperor Shaddam IV and his daughter, Princess Irulan.

Even the non-humanoid characters get a redesign, as the mutated Guild Navigators get a creepy (but super cool) new look. And perhaps nothing is as associated with the iconography of Dune as the sandworms of Arrakis. Henry has given them a slightly tweaked visual upgrade as well, and they look more disturbing than ever. For more of Marc Henry’s Dune illustrations, be sure to head on over to his ArtStation site.

Denis Villeneuve’s Dune is set to hit theaters on December 18.