Are you counting down the days until Denis Villeneuve’s Dune hits theaters this December 18? Are you also super intimidated by the Frank Herbert novel the film is based on, that clocks in at roughly 400 pages? If either of these things apply to you, we have some good news in store! Dune is the next selection for Nerdist Book Club so you can read along with us!

Beginning May 6 at 5 p.m. PT, join the Nerdist Book Club crew—Maude Garrett (Geek Bomb), Hector Navarro (DC Daily), and Rachel Heine (Nerdist‘s Editor-in-Chief)—for a live stream as we discuss the first chunk of the novel. For context, Dune is split into three books-within-a-book. The first is called “Dune,” the second “Muad’Dib,” and the third “The Prophet.” In the first episode, we’ll cover the first half of “Dune,” with subsequent episodes every Wednesday for the next five weeks that tackle the rest of this epic sci-fi story.

For the first episode on May 6, stop at the end of the chapter that reads, “…For the father, nothing.” This is where the discussion will cap off. Check back for specific instructions for where to end for the next one.

Episodes will stream every Wednesday on both the Nerdist and Geek & Sundry YouTube channels and also on Geek & Sundry‘s Twitch channel. Afterward, join the hosts on Maude Garrett’s Geek Bomb Patreon ($5) for a Q&A where you can ask questions directly.

We cannot wait to dig into this classic novel in preparation for the movie and we especially cannot wait to converse with all of you this spring as we prepare for Dune. Especially as we all discover together the context for this Oscar Isaac photo. 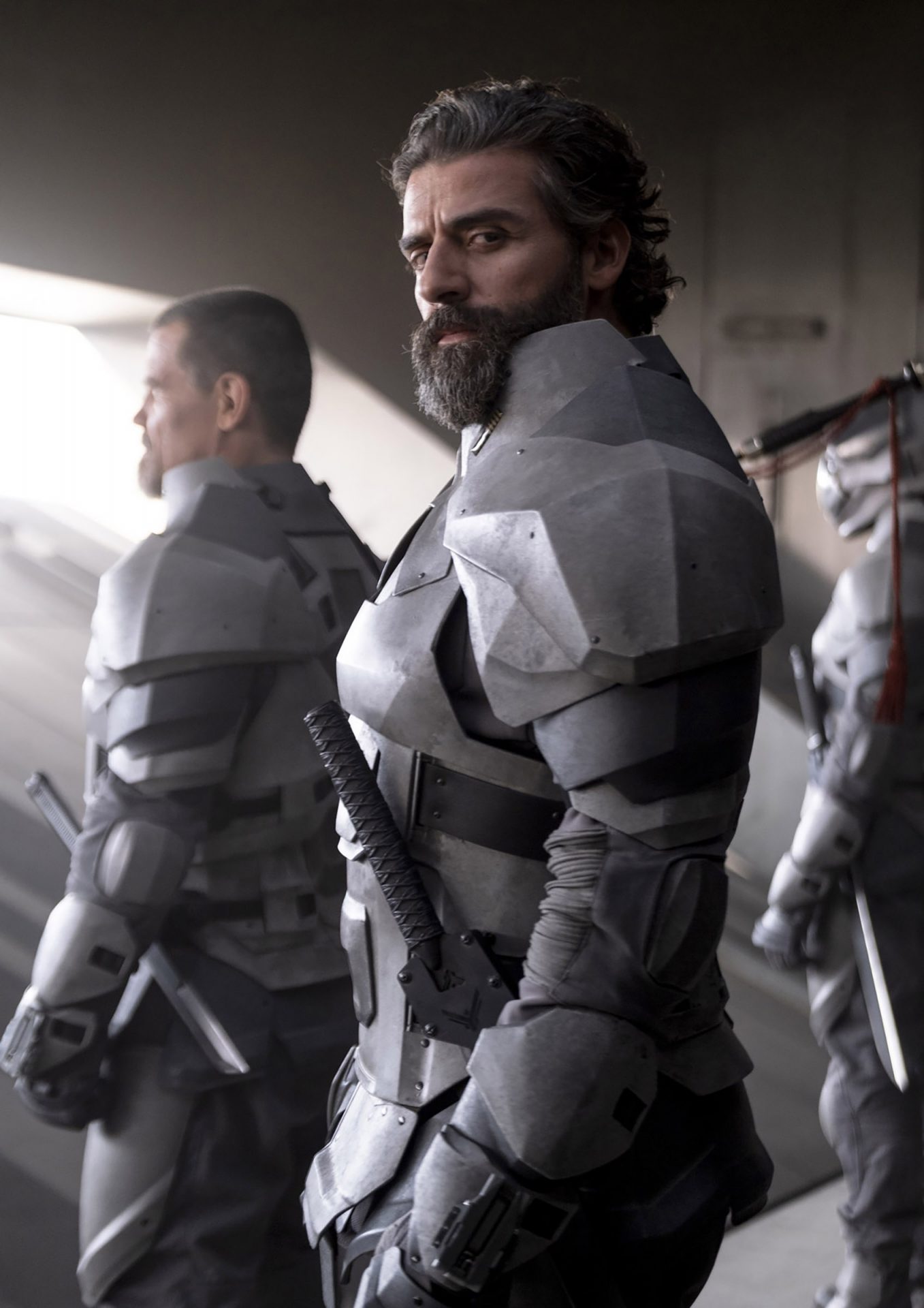