By the time I found myself prepping for an evening viewing of Disney’s live-action Dumbo remake, most of my standing curiosities about the movie—how Burtony will Tim Burton get with this one? How buck-wild will Danny DeVito and Michael Keaton go? How likely is it that they actually do “Pink Elephants on Parade”?—had effectively been drowned out by one reverberating question: How much will I cry?

If you’re like me, you’ve come to terms with the fact that crying at least a few tears at a Dumbo remake is an inevitability. I can promise you that Burton’s firmly maudlin take on the animated classic will earn a couple of sniffles. I may have had to choke back a whimper the moment you catch sight of the innocent newborn elephant’s Disney-grade baby blues, and again at the eventual separation of the sweet li’l fella and his loving mama. But that Dumbo didn’t leave me a blubbering mess seems like a shortcoming. If the legacy of the original was in any way factored into the appeal of a remake, the studio must’ve been hoping to smudge some mascara. 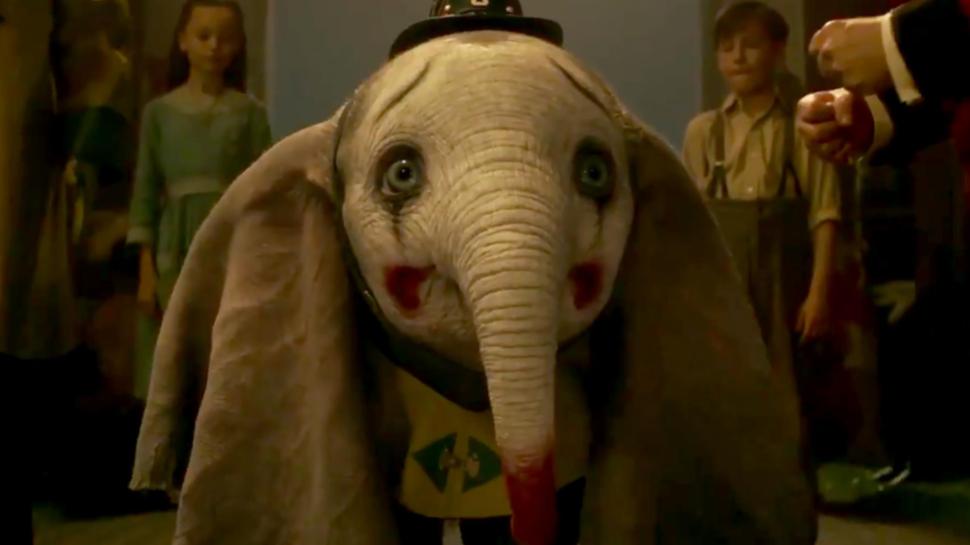 So why then, even as the get-’em-sobbing moments struck all my most sensitive nerve endings—cute animals, mom-and-child stuff, the pangs of being a social outcast—did Dumbo fall shy of undoing the past six months of CBT? Ultimately, that does come back down to how my other curiosities were satisfied.

Surrounding Baby Dumbo is a cast of characters as starkly hit-or-miss as your standard gallery of circus acts. We’ll start with the high points: Danny DeVito, doing a sweeter variant of the very same scrappy blowhard shtick on which he founded his career, is a joy to watch without exception. His second-rate circus ringleader is not totally bright, not totally honest, and not at all without a soft spot that he’s ever eager to keep concealed. He is by far the best thing Burton’s human race has to offer, which is a failing only in that the lion’s share of the emotional narrative is shouldered elsewhere. 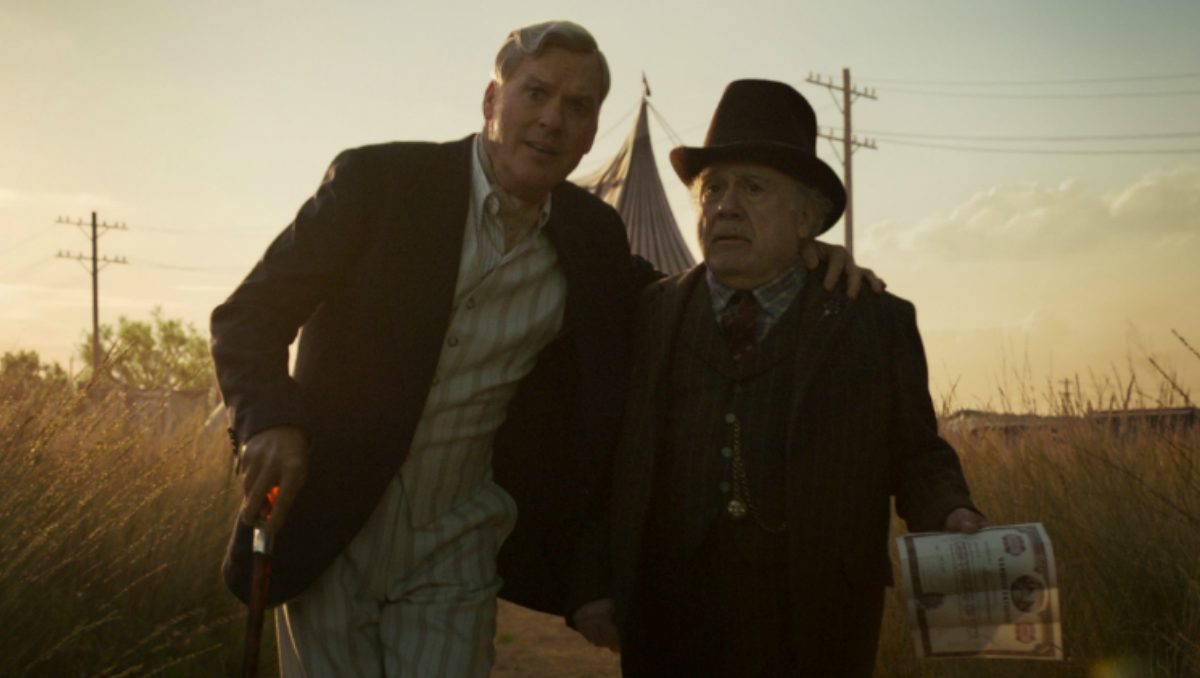 Namely, the Farrier family (Colin Farrell and young Nico Parker and Finley Hobbins): a good-hearted clan who are programmed by the script to be serious to a fault. Surrounded by brighter performances by DeVito, Eva Green (as an acerbic French acrobat), Alan Arkin (as a big time investor who wants a circus but settles for a hotdog), and Michael Keaton (who is doing a whole thing here that is far too much to limit to parenthetical), the Farriers wind up being a part of the movie to deal with until something more fun comes along. But then there’s the other end of that spectrum: Keaton, who, as millionaire entertainer V. A. Vandevere, is so off the wall that even his pronunciation of words like “protégé” and “schedule” are downright jostling.

The film by and large hits Farrier-grade dourness and Vandevere-level mania, never quite finding true peace with either extreme. Human-exclusive material doesn’t have the narrative weight to warrant its tone, and the absolute mayhem of the film’s largest set pieces seem like Burton indulging his wishes for a different film altogether. And at the bizarre nexus of these moods is an all-bubbles version of “Pink Elephants on Parade.” For the life of me, I didn’t know what to do with myself during. 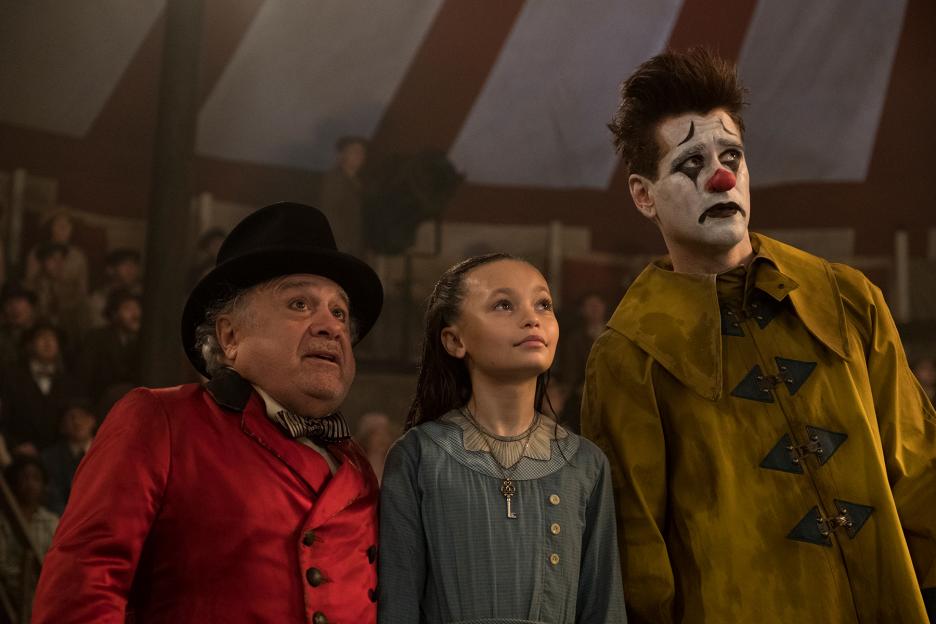 Overall, Dumbo seems to be bouncing between a series of polarities. It’s never quite sure how sad or happy it must be, nor how lifelike or cartoonish, nor how beholden to or independent from its forebear. But chaos theory allows that it does hit some positive marks amid this cataclysm. The sweetest are generally anchored to Dumbo himself; the most joyful to DeVito. And let it be said that when the little elephant flies, it can be genuinely thrilling. So yes, be they happy or sad, a few tears are bound to find you upon your reunion with Dumbo. Adjust your eyeliner accordingly.