Now You Can Download the Entire Universe... All 3000 TB of It - Nerdist

Have you ever wanted to hold the universe in the palm of your hand? Well, now you can… As long as you have the file storage space for it. An international team of scientists has come together to bring Uchuu to the public. (We first saw this story on DesignTAXI.) But what is Uchuu? According to the Center for Computational Astrophysics, Uchuu is an unprecedented simulation of our world. They share:

Uchuu (meaning “Outer Space” in Japanese) is the largest and most realistic simulation of the Universe to date. The Uchuu simulation consists of 2.1 trillion particles in a computational cube an unprecedented 9.63 billion light-years to a side. For comparison, that’s about three-quarters the distance between Earth and the most distant observed galaxies. Uchuu will allow us to study the evolution of the Universe on a level of both size and detail inconceivable until now.

A glimpse of this majestic project in action can be seen below:

Basically, Uchuu is a model of the universe. A downloadable model of the universe.  It takes a look at large-scale structures. These include the largest galaxy clusters down to the tiniest. And the coolest part about it? It’s very nearly a space time machine. Uchuu allows users to zoom in on parts of the universe. But it also allows viewers to explore our known world over time. “Uchuu simulates the evolution of matter over almost the entire 13.8 billion year history of the Universe from the Big Bang to the present.” This means you can go back to the very inception of existence and take a look around. It’s mind-blowing stuff. To learn more about it, make sure to explore the full paper detailing the project of the downloadable universe. 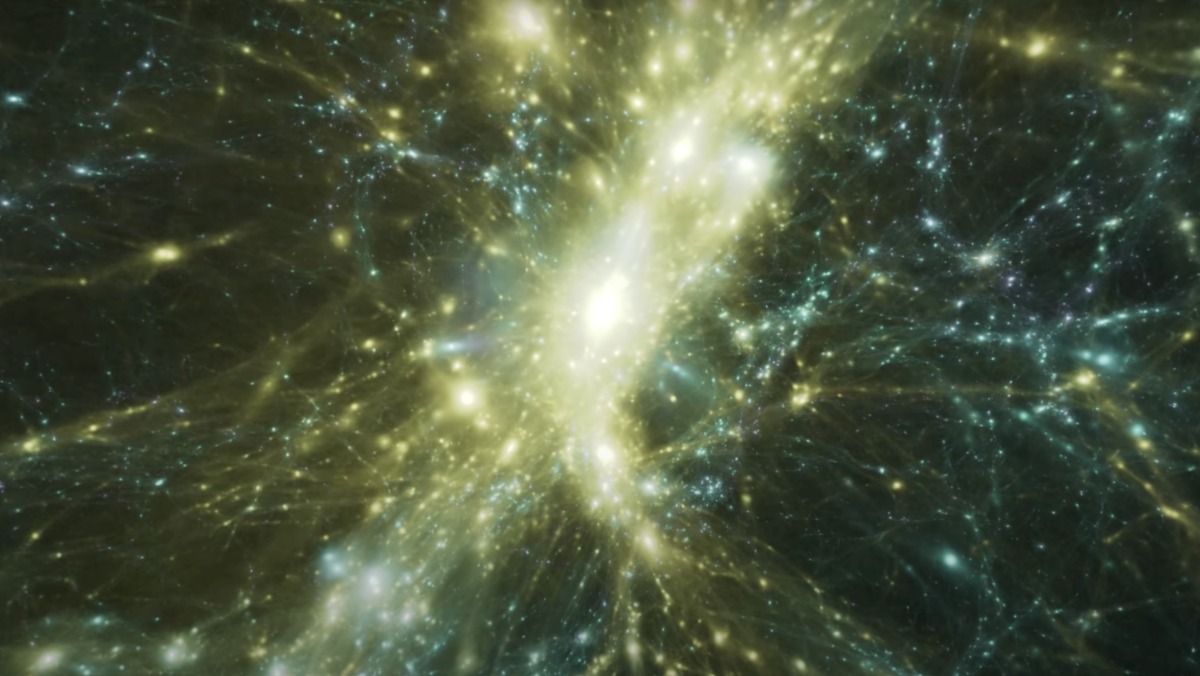 Creating Uchuu required immense processing power. And its true size was akin to “894,784,853 pictures from a 12-megapixel cell phone.” If that sounds like more space than you have on your hard drive, worry not. The team compressed the universe into just 100 TB. A more reasonable amount, anyway. Especially when you consider this downloadable universe contains billions of years of data.

Uchuu was created to help interpret future Big Data galaxy surveys. But there’s no reason why you can’t explore the universe too. You can download Uchuu free on Github. Send us a postcard from 13 billion years ago if you do. We’d love to see what the universe looked like then.