Your Retro Replay Guide to DOOM

With the release of DOOM Eternal, you may be thinking about digging into the classic rip and tear franchise, especially now that every title is available on Nintendo Switch. But where do you start? Which games rip, and which ones tear? Which are scary, and which make you want to shed your mortal skin and drink the blood of your enemies? Don’t worry, we have you covered with this retro replay guide. 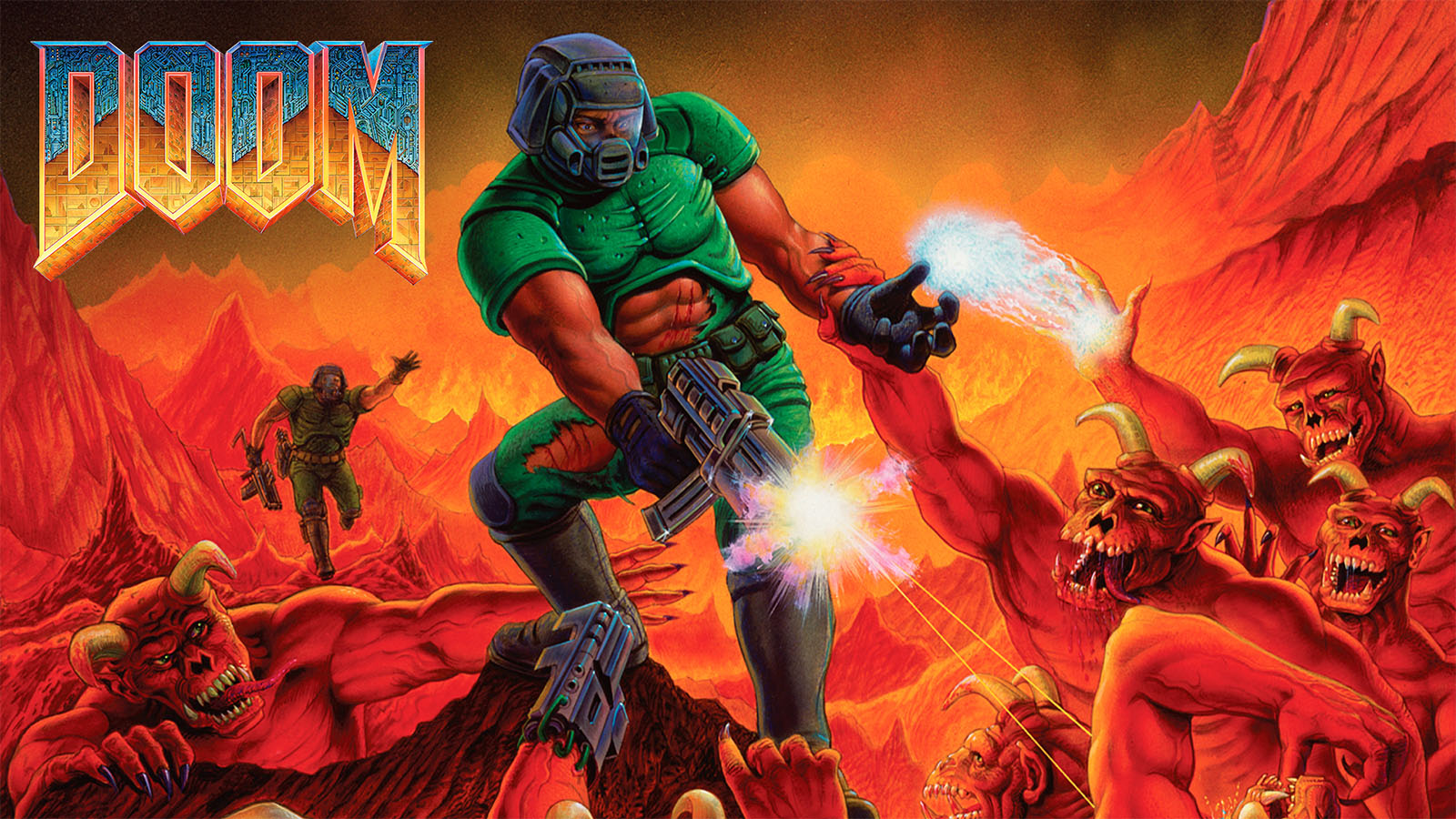 The first game in the Doom franchise was groundbreaking. It set a precedent with its gunplay mechanics, 3D level design, and multiplayer deathmatch which continues to influence games today. For that reason, playing this 27-year-old PC shooter feels surprisingly smooth and intuitive. It scratches that retro gaming itch, but without having to put yourself in the mindset of a 90s game programmer struggling with the tools available to them. If anything, you may find this game a little too fast compared to modern first-person shooters.

Originally released on floppy disk, Doom improves upon the 3D game design of developer id Software’s previous title, Wolfenstein 3D, which uses a primitive game engine that lacks verticality and limits its design. Instead, Doom features multiple levels with stairs and lifts, along with other improvements like greater weapon selection, and enemy variety. 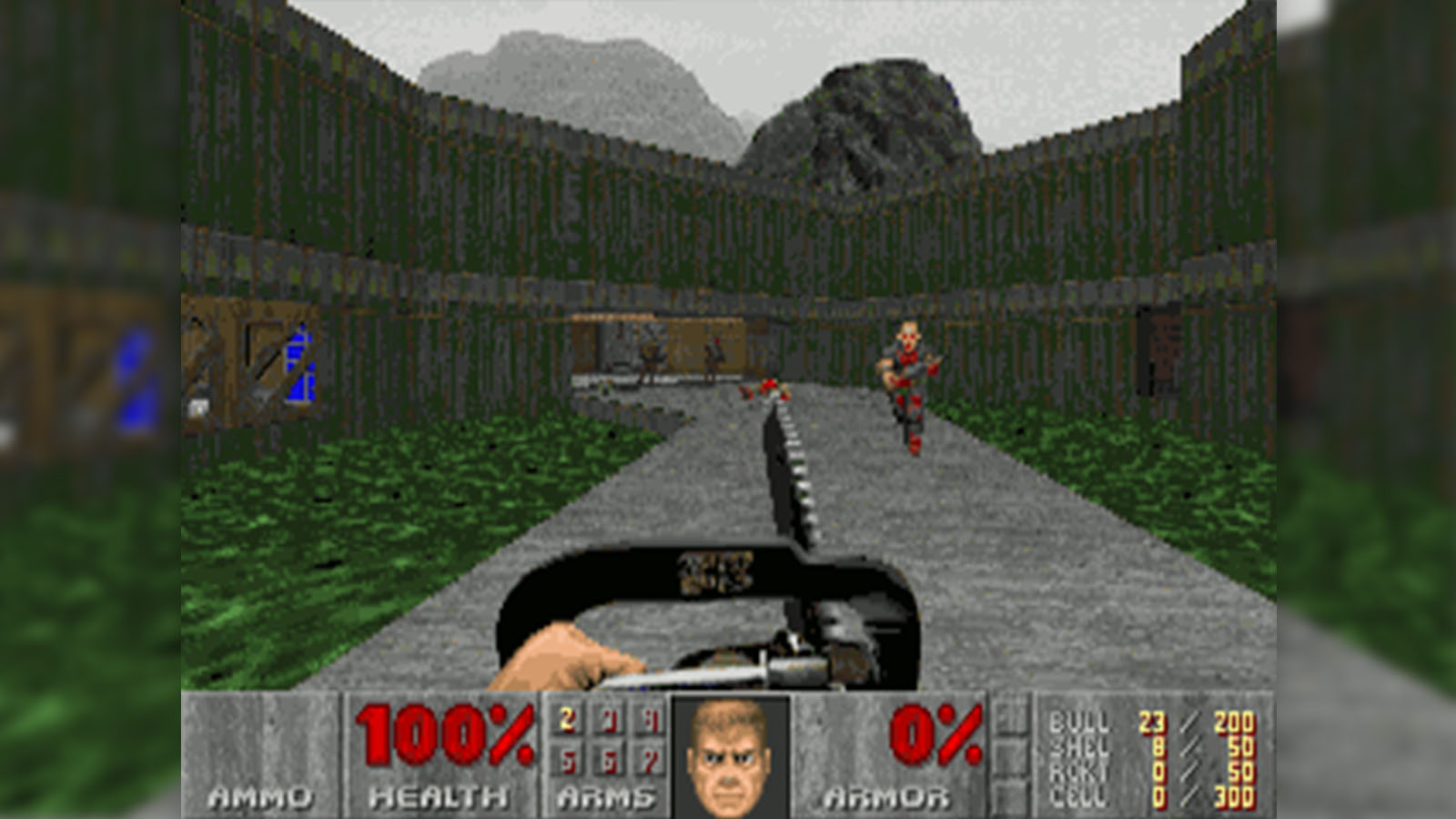 If you’re looking for a deep narrative, you won’t find it in the original Doom. The game’s programmer, John Carmack, famously clashed with one of the original designers over the need for a rich story. Instead, the game favors quick title cards at the beginning of each chapter. This simpler narrative design allows for non-stop action, free from any NPC-led exposition that could slow down gameplay. All you need to know is some jerks opened a portal to Hell on Mars, and you, an anonymous soldier colloquially named “Doomguy,” must stop it. 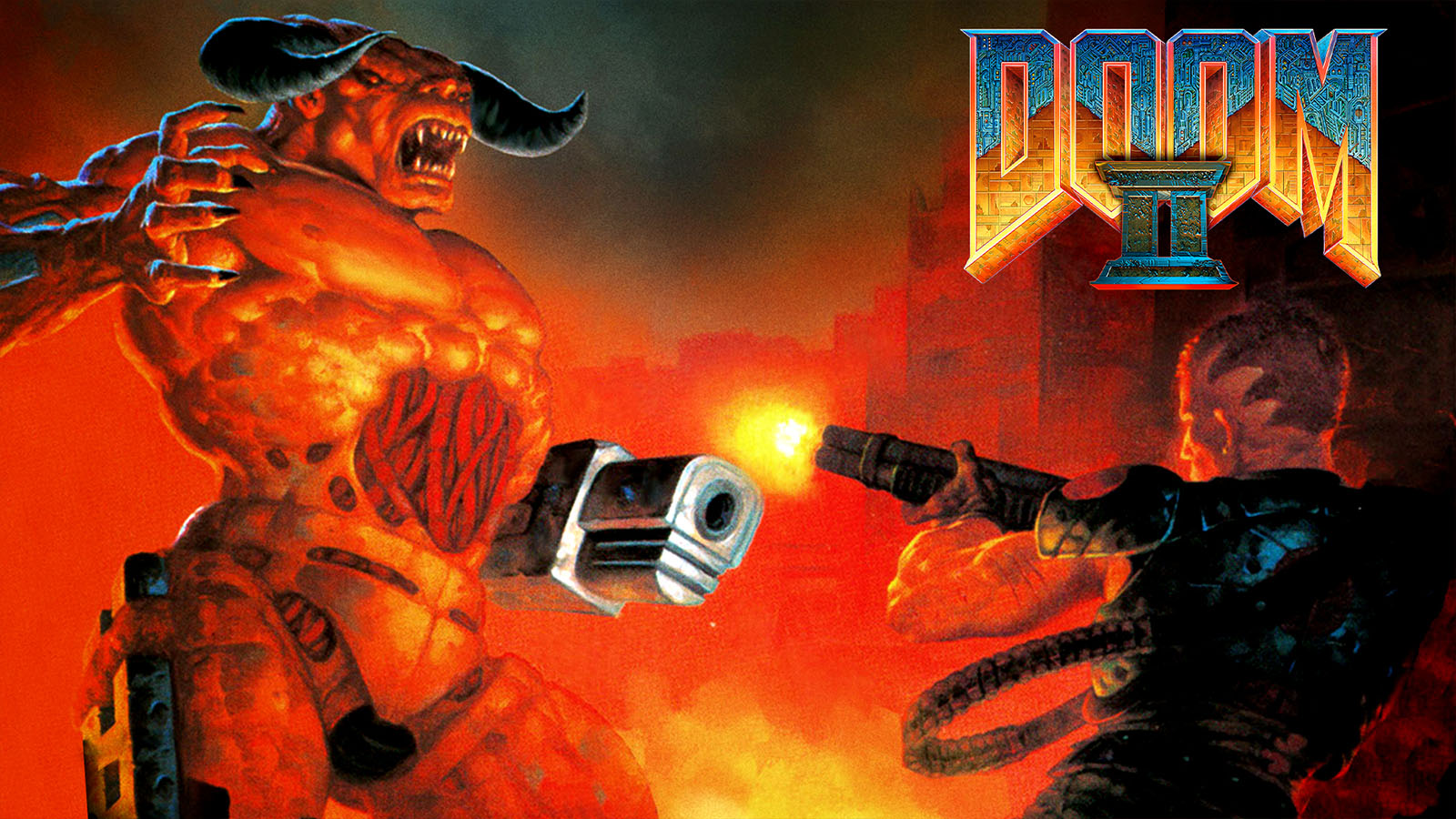 Less than one year after the original game released, its aptly named sequel arrived: Doom II: Hell on Earth. As you can imagine, Hell’s demons have now made it to Earth. “Oh no!” you cry out, shaking your fist and cursing the hubris of Man. Looks like you’ll have to shoot even more demons.

Like movie sequels of the 1980s, Doom II is largely more of the same, but with the intensity turned up a notch. You can expect a similarly scarce narrative introduced through title cards, but paired with more diverse enemies and new weapons. The skills you’ve earned as a gamer in the original Doom will be used to traverse increasingly complex levels with more punishing demons.

But you still can’t look up. 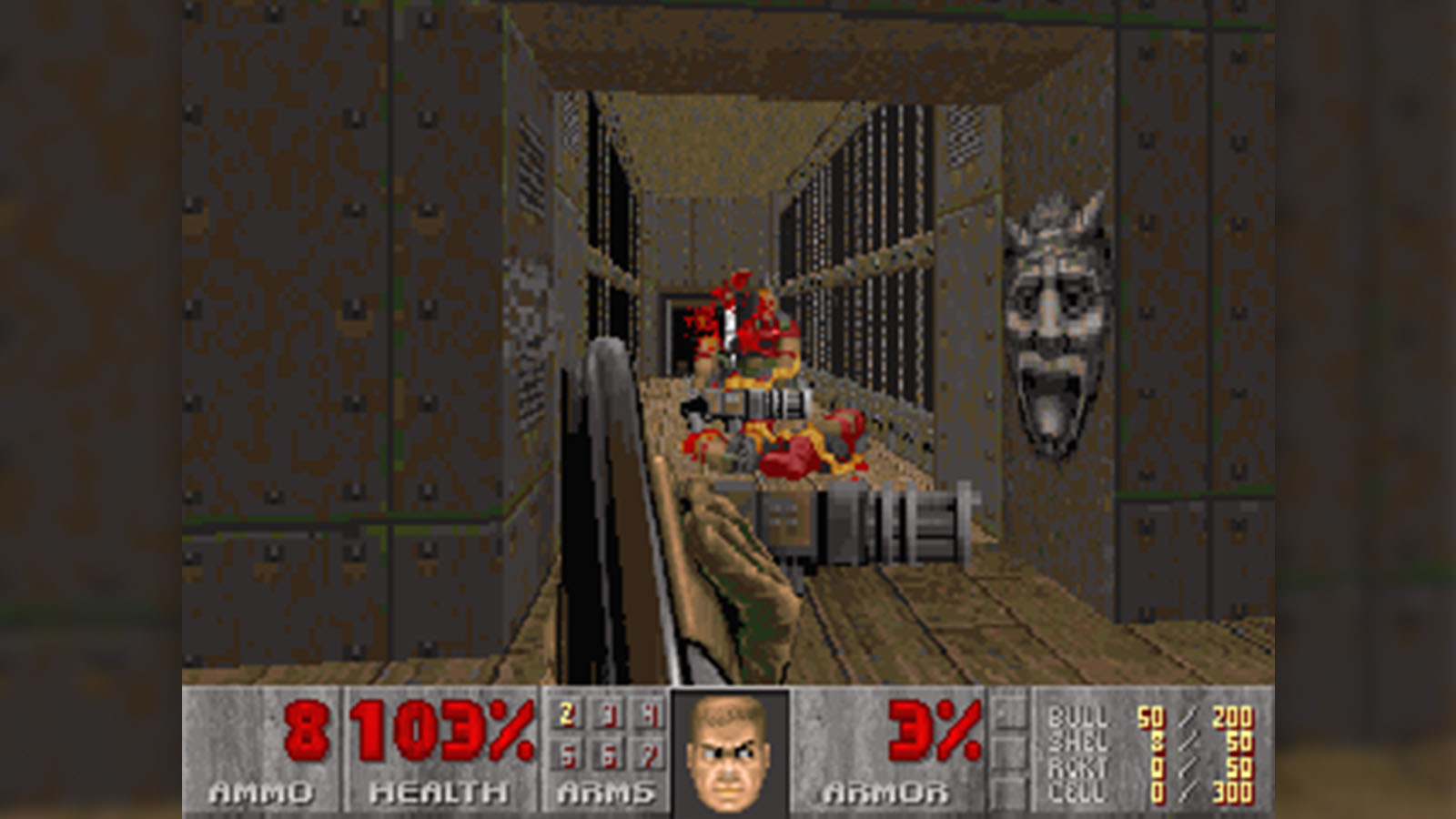 It was around this time that the phrase “Doom clone” entered the cultural lexicon. Gamemakers were quick to jump on the popularity of the then-nameless genre, creating the video game equivalent of changing an assignment just enough so no one knows you copied it. But even with competition, Doom II stands on its own as a great game. If you liked Doom, you’ll like Doom II. 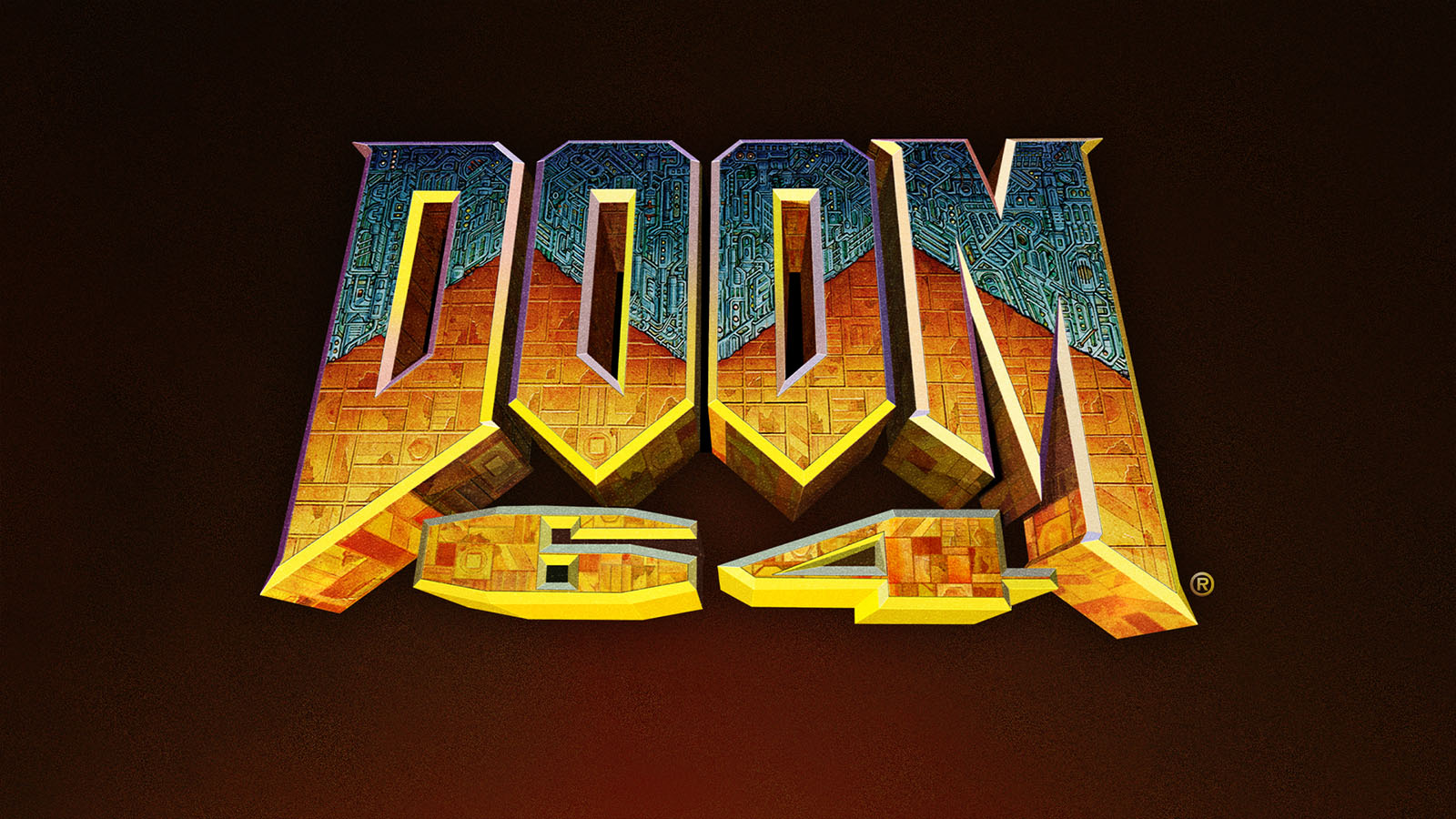 Inspired by id Software’s work on Quake, Doom 64 introduces real time 3D renderings, polygonal models, and advanced visual effects. It represents the first major shift in graphics for the franchise away from the “Microsoft hallway screensaver” look, and into the era of 64-bits. It’s a look that screams Nintendo 64 in the best of ways.

Doom 64 is a direct sequel to Doom and Doom II, though the story doesn’t affect much as shooting demons once again takes center stage. The advanced graphics capabilities of the N64 also introduces new lighting effects that give the game a much darker, ominous tone. Combined with a haunting soundtrack, this game actually has a chance to stress you out over a long play session. 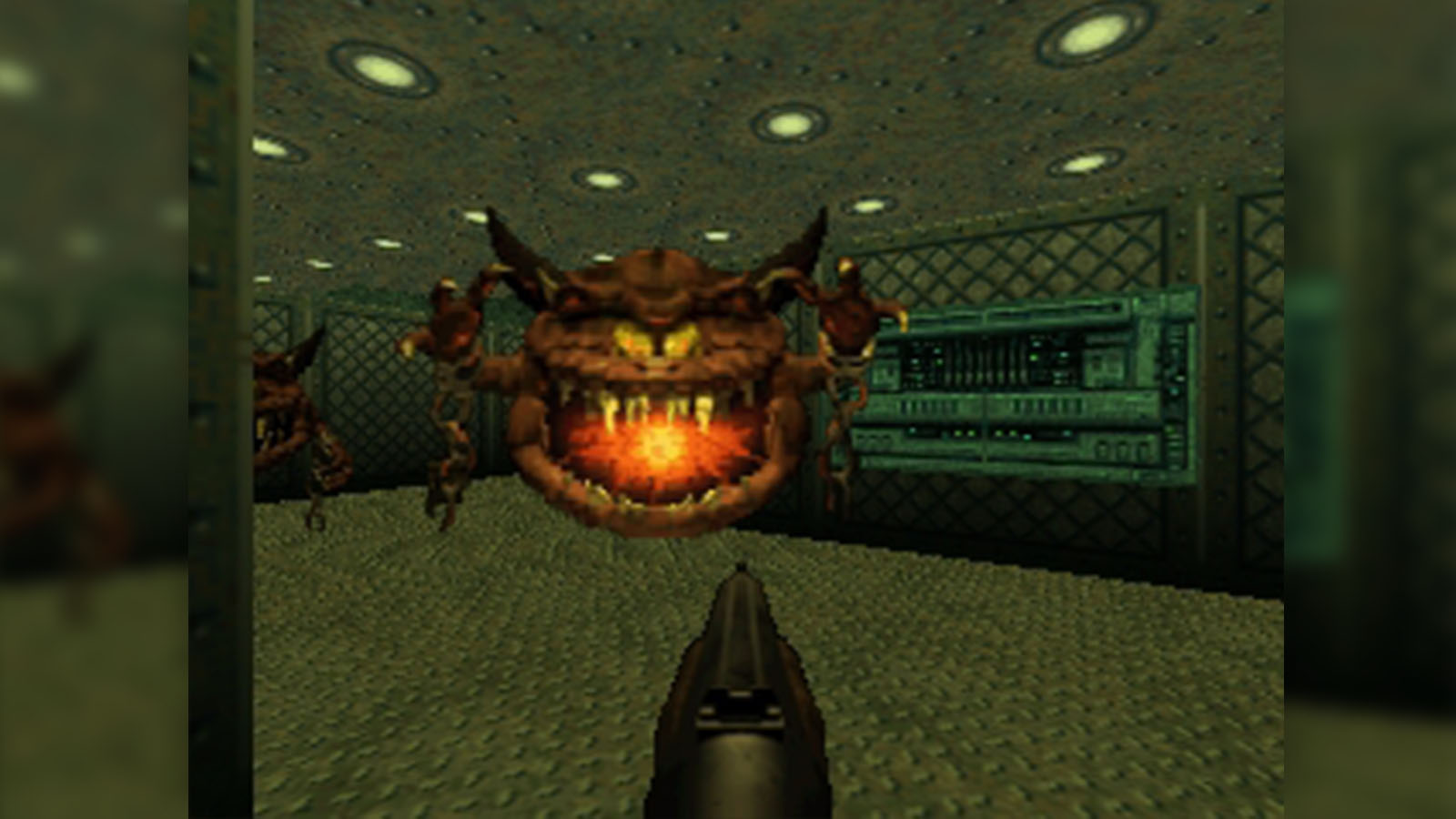 The gameplay remains, on the whole, unchanged. You may need to press the occasional lever and button, but shooting demons is what these games do best. If you’re trying to decide between which 90s title to jump into, it really comes down to look and feel. Jonesing for an arcade shooter? Doom and Doom II. Nostalgic for N64? Try Doom 64. Just don’t expect to look up or anything. 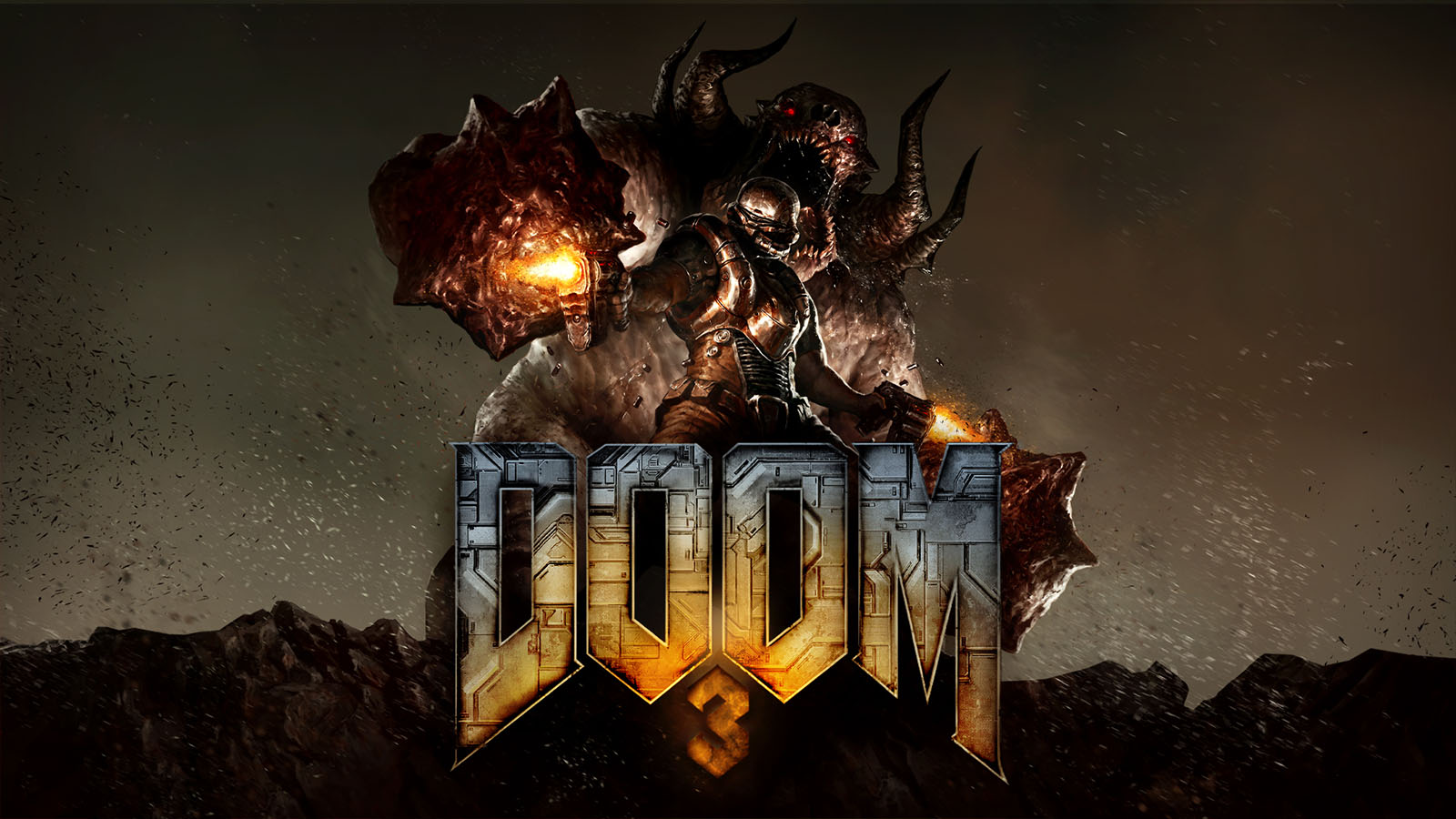 Doom 3 leads the series into the modern era by rounding out what the original game was missing. Despite the number on the box, Doom 3 is actually a remake of the original. But unlike its 1993 roots, the plot is now experienced through cut scenes, as other human characters set the stage for a shift in genre. 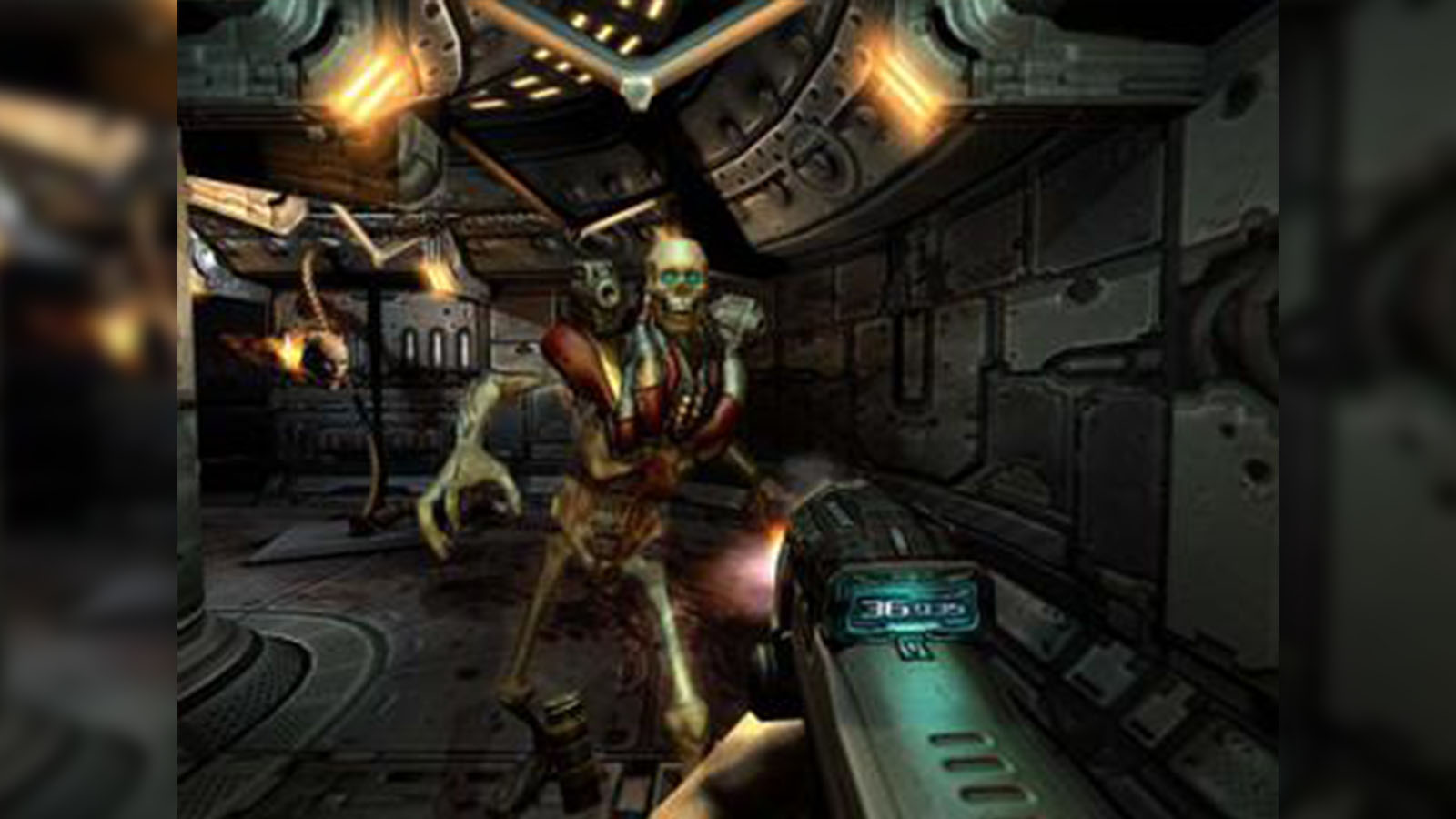 Alongside sequels to popular games like Resident Evil and Silent Hill, Doom 3 takes on elements of survival horror. You can expect jump scares, rich sound design, and smarter enemy AI as you creep through the game’s claustrophobic hallways back on Mars. Other modern elements like computer terminals add variety to the gameplay, while data pads and new characters enrich the franchise’s minimalist lore.

Like any great horror property, the tension comes from its story, and Doom 3 offers that slow burn that makes movies like Alien so terrifying. And at last, you can look up. 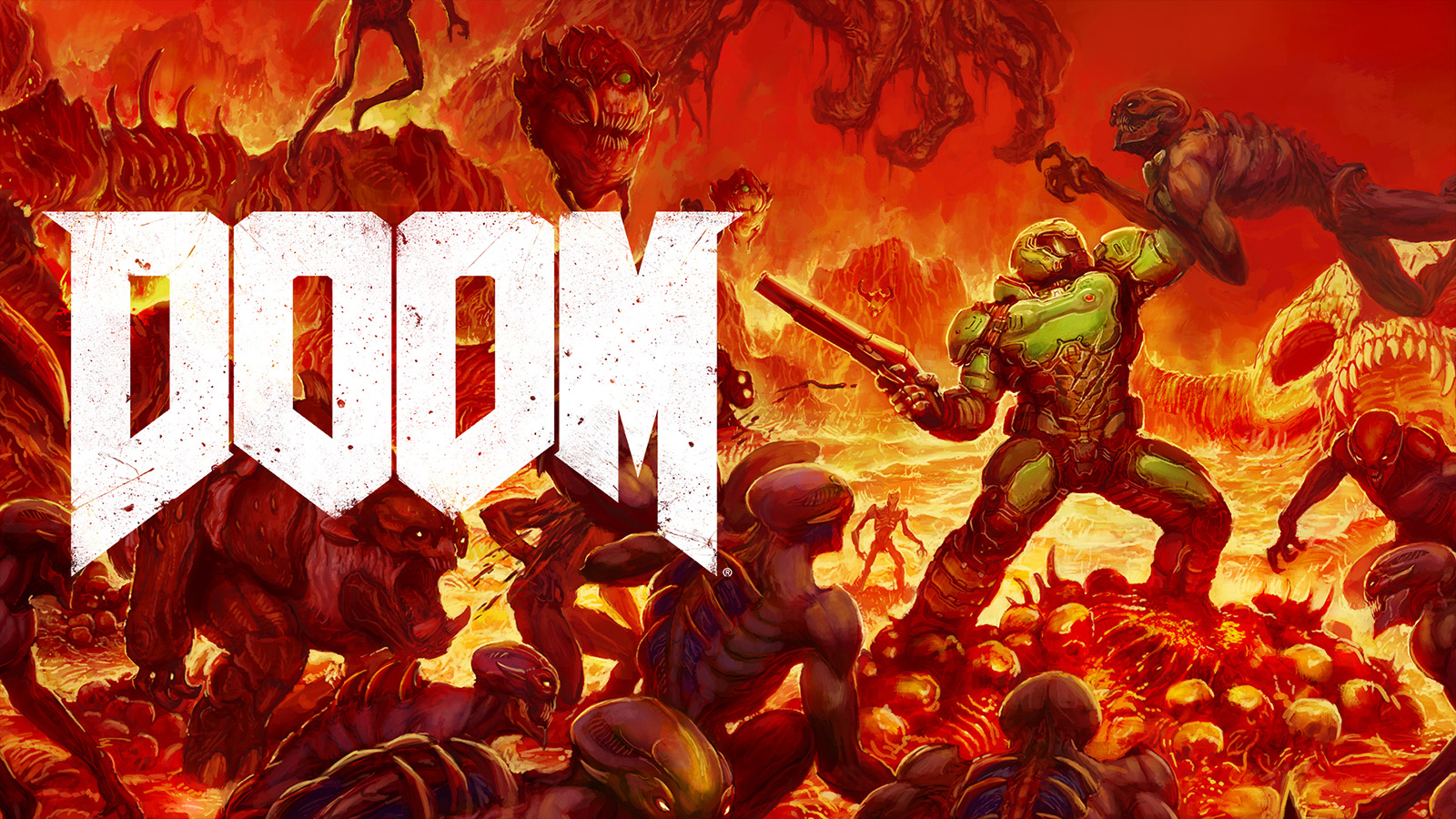 DOOM is where the series gets metal. You are no longer just “Doomguy.” You are “The Doom Slayer.” You have come to rip out hearts and tear off heads with a chainsaw as you seek vengeance against the dark lords that wronged you. It’s like if Wolverine had a baby with a guitar. 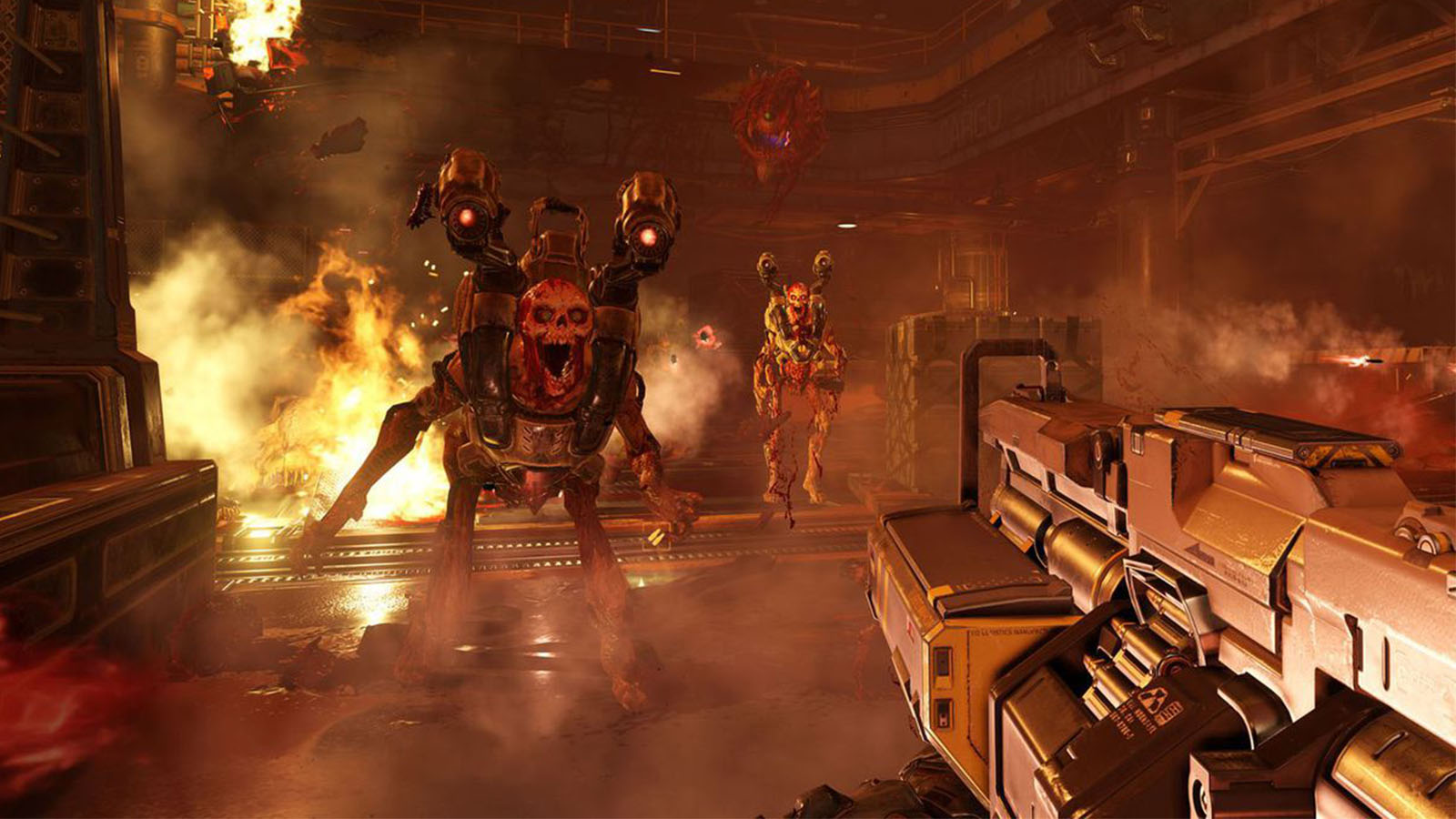 This reboot takes everything learned from previous games and marries them with sleek, modern game design. Tight corridors lead into massive arenas as you explore both the compound, and the surface of Mars. Classic weapons get new life alongside an arsenal of new firepower to combat unique enemy types. Not to mention, it’s all set to one of the best game soundtracks ever made. DOOM is a must-play in the franchise, and by all accounts, DOOM Eternal does little to tarnish the legacy of this beloved series.

So which DOOM title are you most excited to replay? Do you think DOOM VR should have made the list? Let us know in the comments as you rip and tear your way through Hell.