Despite the news of a forthcoming second season of DC Universe’s Titans series, and the announcement that Iain Glen would play Bruce Wayne in it, the biggest news was yet to come. While Titans was the nascent streaming service’s first original show, it wasn’t its most popular. That honor falls to Doom Patrol, the foul-mouthed, hilariously weird team series. Its first season received the service’s best reviews ( canceled Swamp Thing notwithstanding) but a second season wasn’t a certainty. The announcement of WarnerMedia’s new HBO Max streaming service gave people some hope; it featured Doom Patrol‘s logo. Now we have some very good news: season two is a go!

On the DC Universe panel at San Diego Comic-Con’s Indigo Ballroom, executive producer Jeremy Carver and series star Diane Guerrero (Crazy Jane) delivered the news. Doom Patrol season two is on the way, and will debut simultaneously on HBO Max and DC Universe. The second season of the probably quite expensive show got renewed because of a deal with WarnerMedia, who championed Doom Patrol‘s offbeat tone and eccentricities. All 15 episodes of season one will be available upon HBO Max’s debut. So if you don’t subscribe to DC Universe but want to see what Doom Patrol‘s all about, you’re in luck. 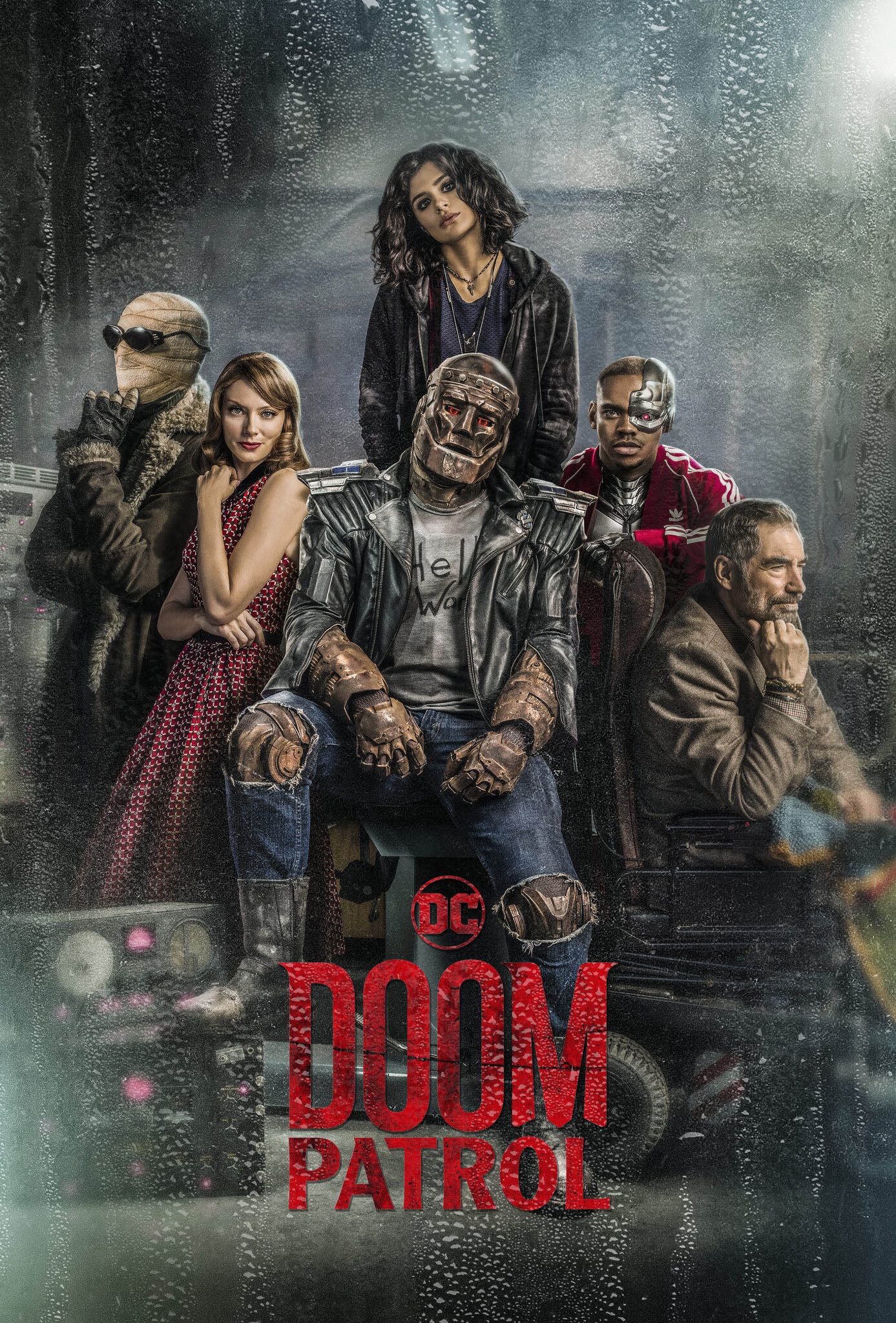 Based largely on Grant Morrison’s take on the team in the early ’90s, Doom Patrol finds a group of disparate non-heroes with very tragic backstories living together in a mansion. While they struggle to learn what it takes to be heroes, their mysterious mentor the Chief (Timothy Dalton) goes missing and the former Nazi-doctor-turned-anti-matter-creature Mr. Nobody (Alan Tudyk) leads them on a wild goose chase.

The Patrolers include Crazy Jane, who has 64 personalities, each with a different superpower; Elasti-Girl, a former ’50s screen star who gains the power to stretch and shrink after exposure to toxic liquid; Negative Man, a former fighter pilot who crashes into negative energy and is now wrapped in bandages from head to toe; and Robotman, a former NASCAR driver whose brain resides inside a massive iron body following a near-fatal crash. The Justice League’s Cyborg joins the team to prove he’s not just a goody two-shoes rich kid.

Doom Patrol season two will debut on HBO Max and DC Universe in 2020.