DOCTOR WHO Premiered with a Shocking Return - Nerdist

DOCTOR WHO Premiered with a Shocking Return

Doctor Who‘s New Year’s Day premiere episode, “Spyfall, Part 1,” put the Doctor and her friends (fam) in the middle of a proper espionage thriller. Chris Chibnall’s second year-starter packed in laughs intrigue, a lot of mystery, and a new alien threat. Oh, and the Doctor going full James Bond with a tuxedo of sorts, way out of her element at the casino tables. It was all around a pretty enjoyable episode, but it wasn’t until the final moments of the episode that “Spyfall” and Doctor Who kicked things up a notch.

The following contains MAJOR SPOILERS for the Doctor Who series 12 premiere.

Following the aliens murdering the head of MI-6 (Stephen Fry, gone too soon), the Doctor (Jodie Whittaker) and Graham (Bradley Walsh) head to Australia to meet up with a brilliant but paranoid MI-6 scientist. This is “O” played by Sacha Dhawan. For most of the run time, O seems like a nervous but helpful addition to the Doctor’s team as they try to uncover the origins and machinations of the phasing enemies. He even heads off with them to billionaire tech magnate Daniel Barton (Lenny Henry)’s birthday soiree. Barton’s clearly in league with the aliens but we have no idea why. 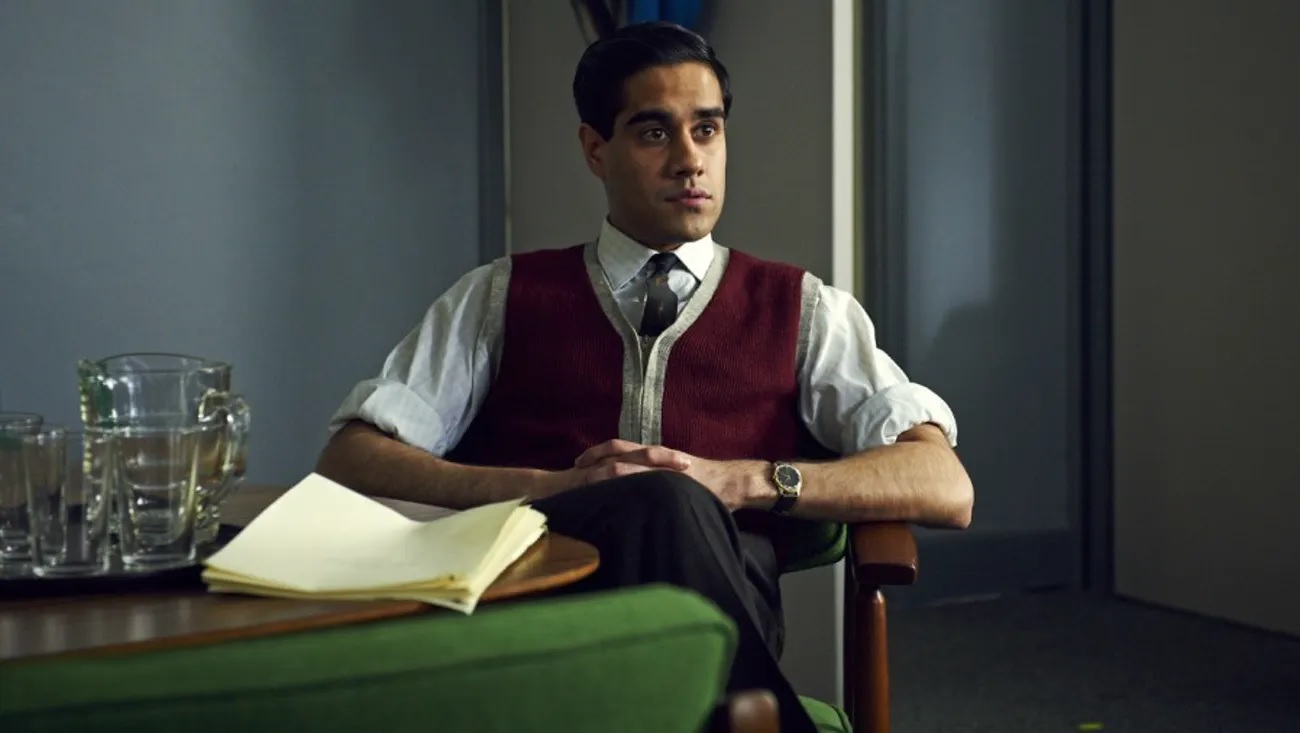 BBC
All in all it’s a pretty great set-up to a very disturbing mystery. (Where was that netherworld Yaz ends up when touched by the aliens?) And it even ended with an exciting chase culminating in our heroes jumping aboard a plane as it took off. But that’s when the big twist came. O was not the agent the Doctor met back in one of her earlier, male-ier guises; O was the Master.

Now you might be scratching your head as to how this could happen. O is an existing person the Doctor had already met; O was an accomplished athlete which the Master forgot, giving him away. So how could the Master look like a real human person? And moreover, the last time we saw the Master, it was Missy apparently dying at the hands of her earlier, eviler self. It sure seemed like “ The Doctor Falls” implied Missy couldn’t regenerate and would die a relatively reformed almost-hero. And why did he have a tiny man in a matchbox? What gives, Chibs? 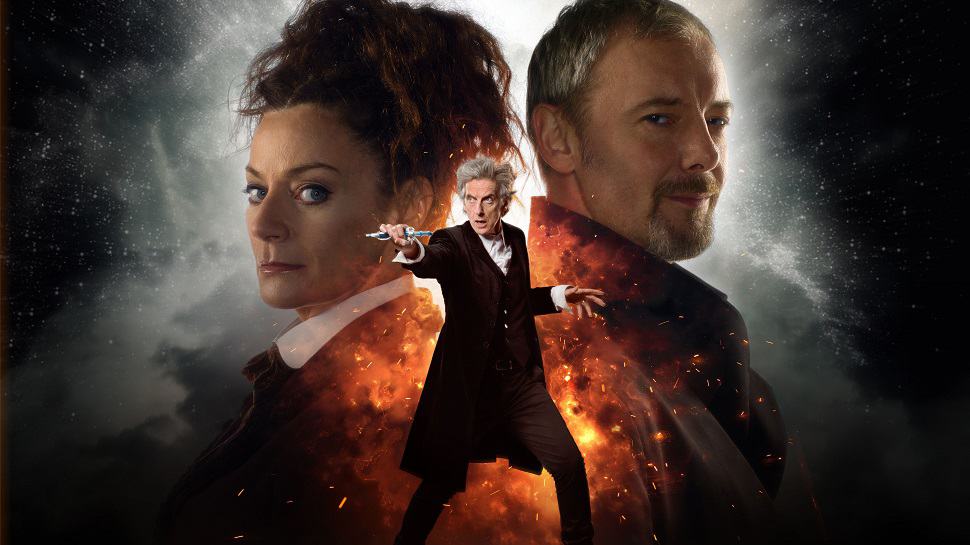 BBC
Well, luckily for Series 12, Doctor Who‘s Master canon has always played a bit fast and loose. But there is also precedent for both of these occurrences. The Master made his first appearance in 1971’s “Terror of the Autons” via actor Roger Delgado. That first appearance also introduced the Master’s signature weapon, the Tissue Compression Eliminator. Basically, he’d zap people with it and they’d shrink to death.

The longstanding friendship-turned-rivalry between the Doctor was one of the main pillars of his appearances opposite Jon Pertwee’s Third Doctor. After three seasons of regular appearances, Delgado tragically died in a car accident, leaving the Master and Doctor’s initial tete-a-tete unresolved. 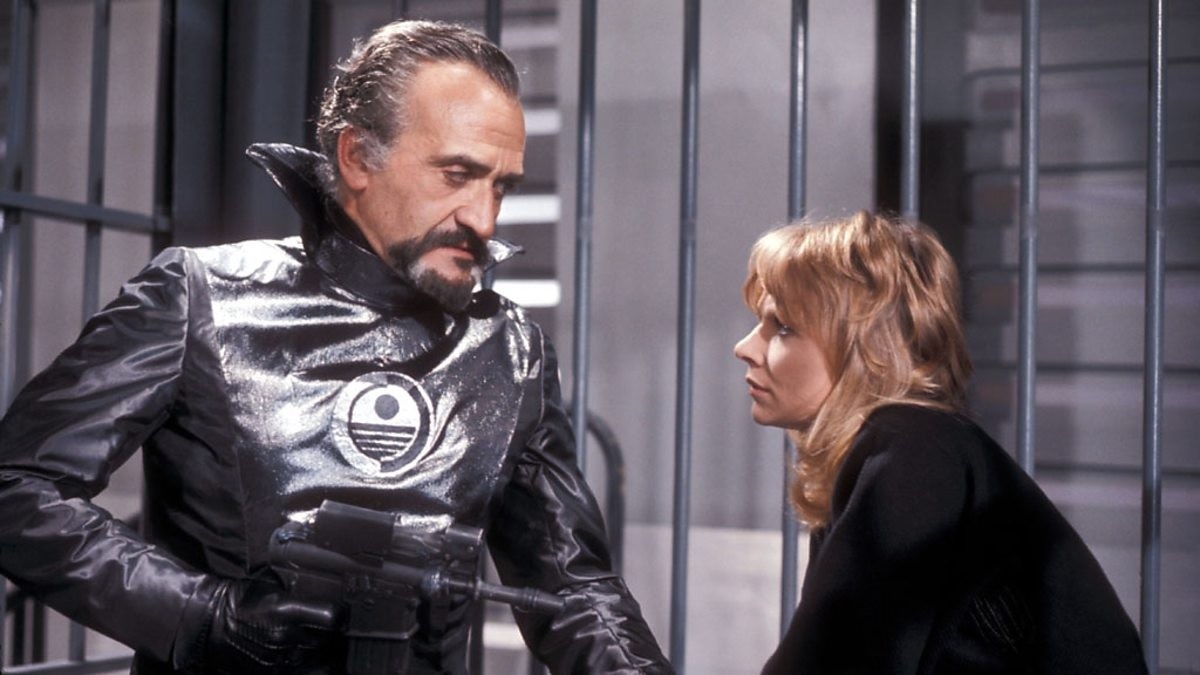 BBC
But the Master most certainly returned. When he came back in 1976’s “The Deadly Assassin,” the Master (Peter Pratt in a melty skull mask) is at the tail end of his regeneration cycle, trying desperately to fudge the Gallifreyan system and receive a new set of lives. The Fourth Doctor foils him but the Melty Master returns again, this time as actor Geoffrey Beevers in different make-up. In 1981’s “The Keeper of Traken,” the Master eventually transfers his Time Lordy essence into the body of the kindly Consul Tremas (Anthony Ainley), the father of new companion Nyssa (Sarah Sutton). So for the rest of the Master’s many appearances in the 1980s, it’s Ainley; the Master had successfully overtaken a living person’s body.

I’m sure much will be explored in “Spyfall”‘s second part in a few days’ time, but it’s entirely likely Missy transferred her dying essence into a cloned body of a human, and a human the Doctor already knew. Just as the Time Lords gifted the decaying Eleventh Doctor a new set of regenerations, it’s only the body of a Time Lord that wears thin.

BBC
It’s also conceivable that it’s something to do with the aliens; we already know they’ve made Barton partially alien, so why not use alien parts to make a better host for the Master’s essence. The Master has already proven to be a wizard of cheating death many times over and is quite adept at making deals with hostile forces for his own benefit.

Or it could just be the long-running Doctor Who narrative trick with the Master: it just is. The Master “died” many times during the classic series only to show up again without explanation. And the Master has already done that three times in the modern series. It’s just kind of the Master’s way.

What did you think of “Spyfall”? Were you shocked by the big reveal? Let us know in the comments below.