Whovians can officially breathe a sigh of relief because series 12 of Doctor Who finally has a release date. After gracing us with a long-awaited first look at the upcoming series last week, BBC released a second trailer, this time revealing the new series will return on New Year’s Day. That’ll make it a full year since we last saw Jodie Whittaker’s Thirteenth battle a particularly dangerous Dalek in the 2019 New Year’s Day special.

The BBC teased the new trailer and release date on Twitter. It makes coy reference to fans’ desire for series 12 footage ahead of Doctor Who‘s return. But fans who’ve been yearning for new footage have a lot to be excited about; the new trailer indicates an incredibly thrilling series.

You asked for a trailer… so we made you two! Make sure you watch until the end ?? #DoctorWho pic.twitter.com/qoXVlMnMWd

“Crisis. Big crisis. Serious crisis. Big, serious crisis,” Whittaker’s Thirteenth Doctor ominous says into a phone before adding a very casual “kisses.” While it remains to be said how but said crisis will be, if the trailer is any indication, it’s going to be a very eventful series. 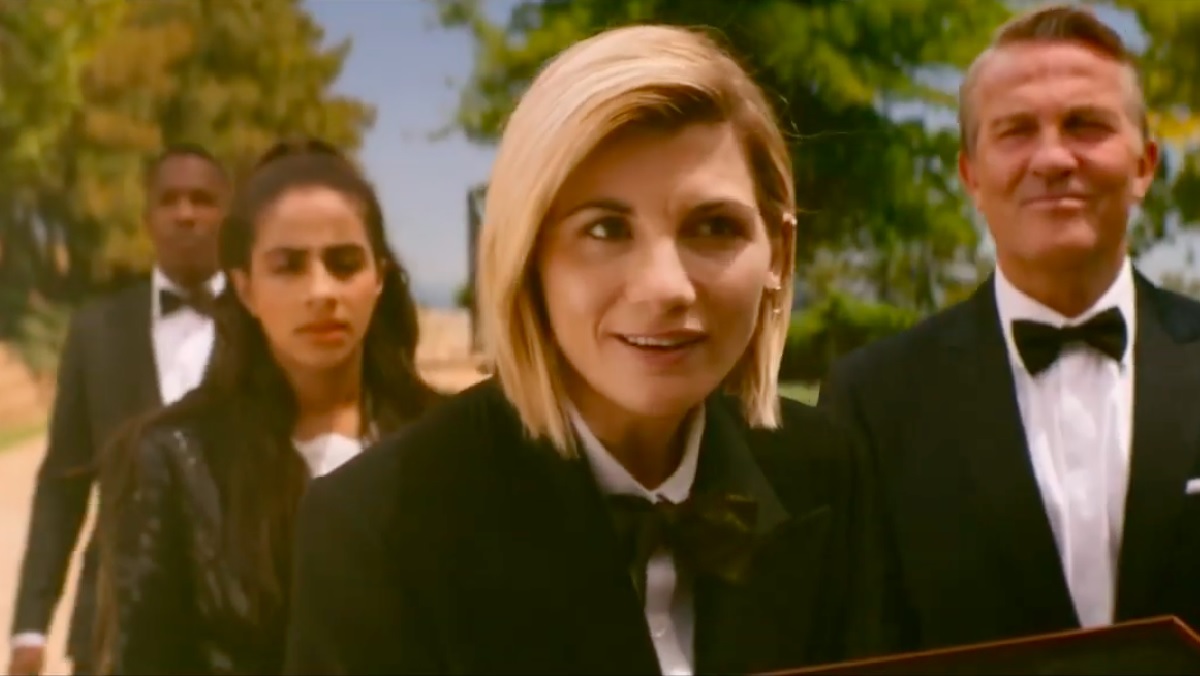 In terms of new footage, the new trailer doesn’t reveal too much more than the last. Instead, it features several more shots of the Thirteenth Doctor and her companions at a vineyard. Looking very dapper in tuxedos, too. According to Digital Spy, the first episode in the new series will be a two-parter called “Spyfall,” a play on the James Bond film Skyfall—hence the tuxes.

The trailer also offers brief glimpses of British comic legends Lenny Henry and Stephen Fry, who are set to appear in the first episode of the new series. Along for the ride as well is Goran Višnjić, who we’re almost positive is playing Nikola Tesla.

The new series, led, once more, by Broadchurch creator Chris Chibnall, has remained relatively mum about what to expect from the new season. That said, the pair of trailers give a pretty fair indication of the dangers to come this season.

In addition to facing off against the Judoon, this series, the Doctor and her companions will visit Paris 1943—in the midst of Nazi occupation. If that’s not ominous enough, the Doctor reveals there’s someone after her. Luckily, danger or no, the Doctor’s team of companions are prepared to have her back—even against a Cyberman.

With the series 12 premiere date finally here, prepare to ring in the new year a very Bondian Thirteenth Doctor and company. Series 12 of Doctor Who will premiere New Year’s Day at 8 p.m. on BBC America.