DOCTOR WHO Audio Brings Tennant and Baker Together at Last - Nerdist

DOCTOR WHO Audio Brings Tennant and Baker Together at Last

For someone who hasn’t appeared onscreen on Doctor Who in a significant way since 2013’s Day of the Doctor, this has been a big year for the Tenth Doctor. From a crossover comic series with the Thirteenth Doctor, to the impending launch of a multi-media storytelling event, Time Lord Victorious, the Doctor who didn’t want to go truly hasn’t. And now he’s appearing, voiced by David Tennant, in a brand new audio drama, “Out of Time, Vol 1” by Big Finish Productions. And joining him is none other than the Fourth Doctor himself, Tom Baker. 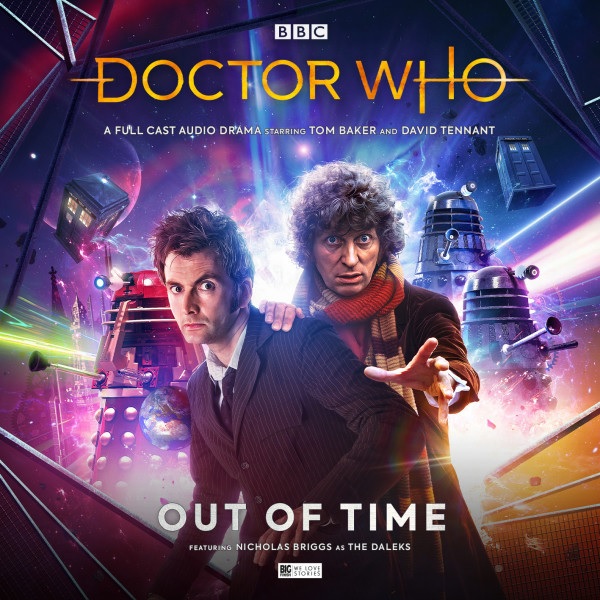 It is impossible to overstate how big a deal this is. Even with Big Finish audios that mitigate many of the production costs associated with the long-running TV series, multi-Doctor stories are rare.  More significant is that Tom Baker has historically not done any of them. Even “The Five Doctors,” the 20th anniversary special that teamed Peter Davison’s Fifth Doctor up with all of his previous incarnations, had to make do with unused footage from the show because Baker didn’t think he should return so soon after having left. While Baker also appeared as a cameo Day, he did so not as the Fourth Doctor, but as a mysterious character known as the Curator, which was ambiguously implied to be potentially a future incarnation of the Doctor but never explicitly stated on screen.

Warning, the following may contain spoilers for the Big Finish audio drama, “Out of Time, Vol 1.”

It makes the most sense that Tennant’s Doctor would be the one that would finally pair up with Baker’s. While individual Whovians have their Doctor, Tennant’s role as the modern statesman for the show is undeniable. Baker holds a similar sway for fans of the classic series; there’s a reason his trademark scarf stands alongside the blue police box as one of the most enduring, iconic images of the show. Even people who’ve never seen the show would recognize it.

For Doctor Who fans who haven’t listened to a Big Finish audio drama before, and perhaps have hesitated to wade in, “Out of Time, Vol 1.” is an excellent starting point. It’s a self-contained story, one that fits perfectly within the timeline of the TV series and only enhances the events that occur around it. While it may take a few moments to adjust to an audio-only version of the show, the sound editing and production values help greatly. You would almost swear you can see it unfolding in front of you. 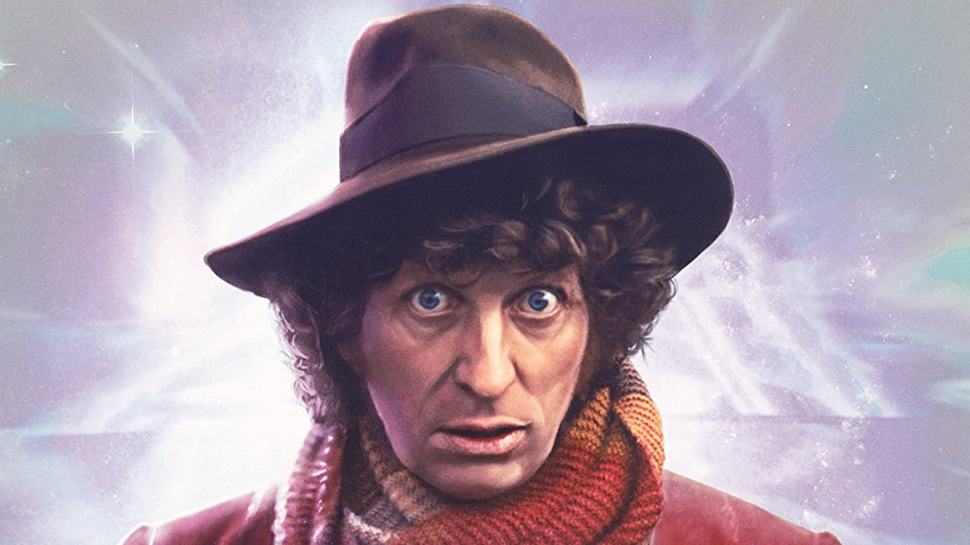 With “Out of Time,” writer Matt Fitton crafts a story that serves perfectly as the garnish to the gravitas of these two Doctors meeting. It is by no means a filler tale; the Doctors team up against their most persistent of foes, the Daleks. The Doctors must prevent them from wresting control of the Cathedral of Contemplation, a powerful quantum gateway that rotates between all moments of time and space. Yet, as high as the stakes are, and as much as Fitton even manages to sprinkle in solid moments of human drama for the other characters in the story, he also knows that everything happening stands as B-story for the two icons, face-to-face for the first time.

The crossover is the meat and potatoes of this story and it doesn’t try to hide it. There’s an incredible amount of charm in the conversation between them. There’s always a playful amount of competition and ribbing between different versions of the Doctor, but as previously seen in the Children in Need short “Time Crash” where he met Peter Davison, it’s impossible not to have Tennant’s own fanboy nature shine through. Rather than sidestep it, “Out of Time” leans right in, allowing the Tenth Doctor to gush over the Fourth Doctor as he watches him, that shine of admiration never far from his voice. 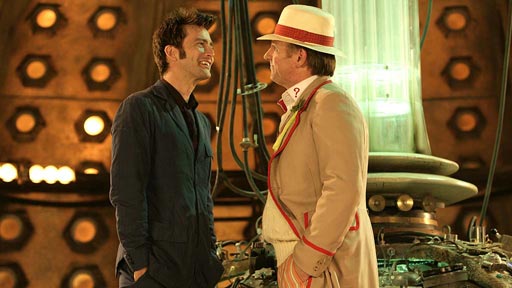 Something that Fitton excels at in writing different Doctors is not just managing to craft their unique voice in the overall Who mythos, but even nailing down their perspective and persona at a specific point in their timeline. Both actors’ Doctors have their unique and recognizable elements to them, but both also go through a lot during their run. The story heavily implies Tennant’s Doctor is in the period just before “The End of Time,” when he would reluctantly regenerate. It’s a very different time than say, early in his run when he’s still gleefully running around with Rose Tyler (although the audio drama does drop a nice little nod to the Rose/Ten shippers out there.)

While the gleeful, almost Bugs Bunny nature of Tennant’s Doctor is never far from the surface, this era in his life is brimming with anger and pain, he’s been traveling alone too long and it shows.

In that way, “Out of Time” shares some DNA with the last onscreen multi-Doctor story, “Twice Upon a Time,” in which the Twelfth Doctor (Peter Capaldi) came face to face with the First Doctor (David Bradley, taking over for the late William Hartnell.) In that story, the two Doctors helped each other make peace with their own impending regeneration, although in Ten’s case the issue is in wanting to keep going where Twelve feels ready to stop for good. One of the highlights of “Out of Time” is a sweet, touching conversation between Tennant and Baker about the longevity and mortality of the Doctor’s incarnations. It’s even more bittersweet given that both actors have long since passed the baton of the show on to other actors.

This episode is only the first in a planned trilogy, each intended to include a different set of Doctors crossing over, in combinations that may play out very differently, although the casts of these have yet to be announced. Still, if the goal was to kick things off with a bang, then “Out of Time, Vol 1.” certainly delivers, and will likely leave listeners with a thirst to hear these two paired up again as well.

Riley Silverman is a contributing writer for Nerdist. She can be found on Twitter and Instagram. Her comedy album Intimate Apparel is available in digital formats.