In news that no one saw coming in the midst of the pandemic, the Walt Disney Company has announced plans to expand the Disneyland Resort with possible new attractions and multi-use areas. It’s not quite a third theme park, but seemingly close. The news comes via the Orange County Register. They reveal that Disney has just unveiled plans for “DisneylandForward,” a plan to work with the city of Anaheim to expand the resort’s footprint.

Starting this week, Disney officials will ask the city of Anaheim to update their existing development approvals. This plan kick-starts a multi-year process for getting approvals for a rather extensive expansion—the ultimate outcome of which is a new park expansion. And tons of new retail and dining locations to go along with it. There is already concept art for an aerial view of what the new expansion might look like, which you can see below. Emphasis on might. 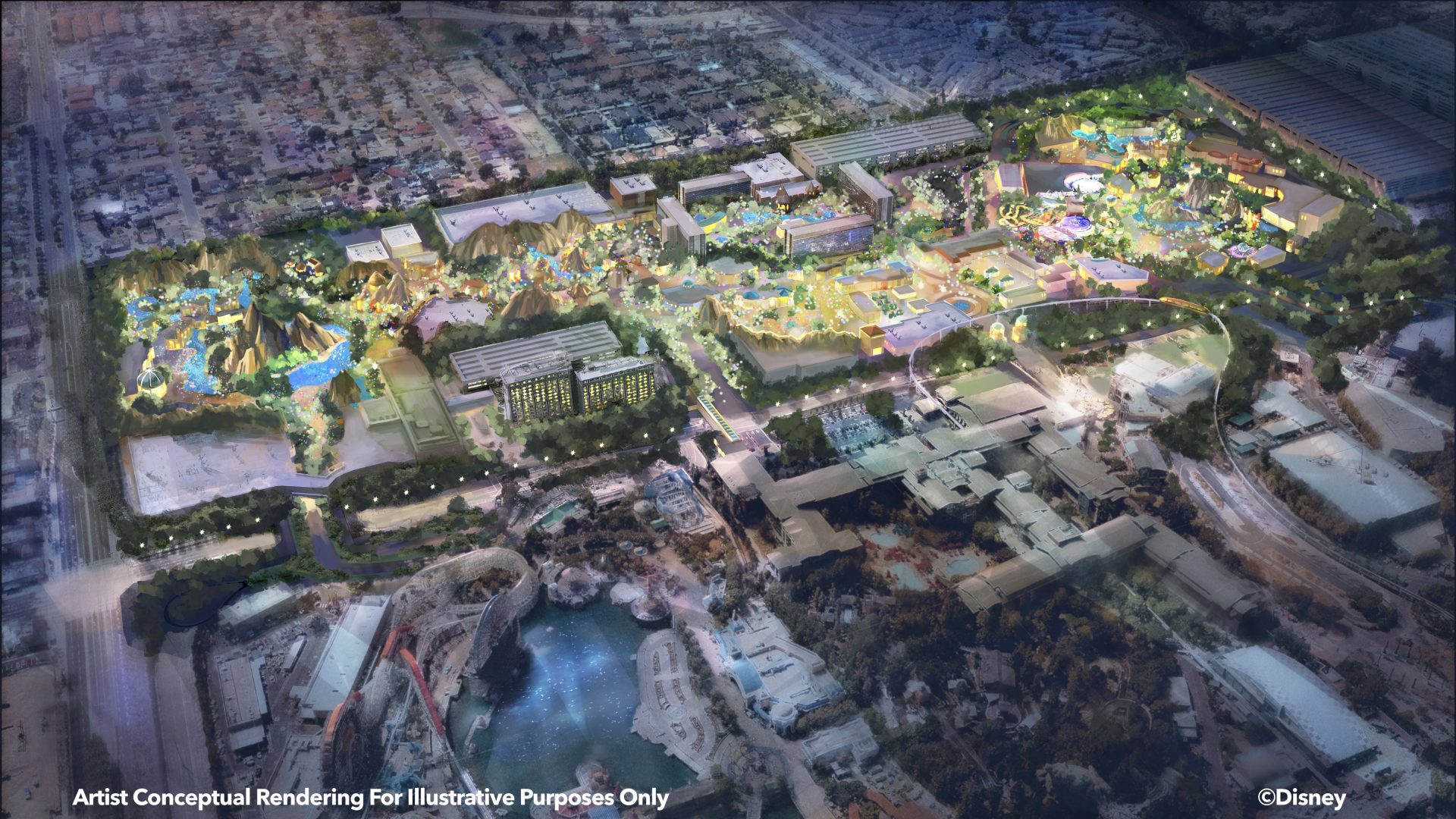 Disney is developing their new destination at what is currently the Toy Story parking lot. This is right across from the Anaheim Convention Center. Right now, that portion of the lot is being used as a mass coronavirus vaccination site. For years, fans have speculated that this would be part of the long-rumored “third gate.” However, most hardcore Disney fans didn’t expect real movement on that front for a decade at least. 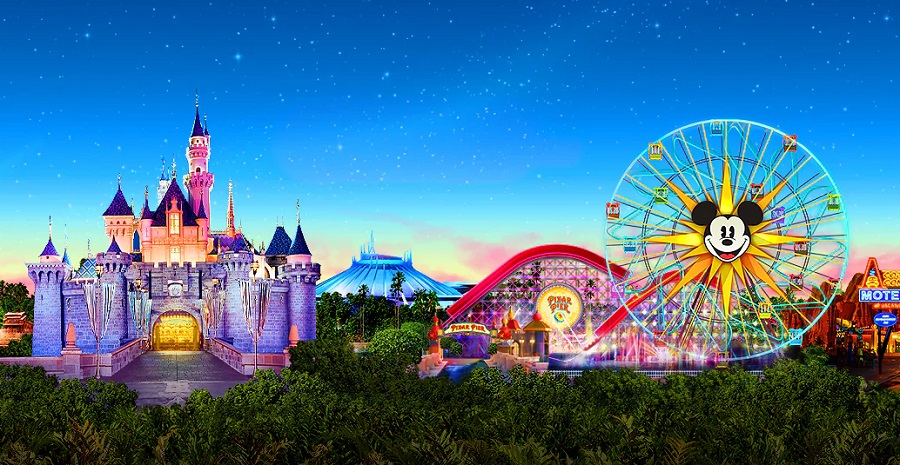 In a statement, a Disney official said of this new destination “could bring together theme park experiences, hotels, and retail, dining and entertainment in a unique way that would serve guests, conventioneers, and locals.” The current plan could see Disneyland, Disney California Adventure, and Downtown Disney expanded on the Disneyland Resort’s westside. Right now, all of that real estate is used as a surface parking lot.

So let’s get to the good stuff. What is the theme of this area going to be? It’s unknown. Disney does not call this area a “third gate.” But just from the art it seems like it’s too big to just be a land. Something in between? Concept art shows a central mountain surrounded by water, with buildings spread throughout. An Autopia style speedway looks to be a part of it, and there also seems to a Dumbo-esque spinning ride. A mountain ridge to the west separates the theme park from neighborhoods nearby. But still, more park is more park. Hopefully, at some point, we get a new Tomorrowland at the park too.

A new DisneylandForward site shares some project possibilities. They say this updated approach could allow for new lands and attractions. The site points to the Frozen, Tangled, or Peter Pan areas coming to Tokyo DisneySea. The site goes on to add that updated approvals could allow California Adventure to add more technologically advanced entertainment. They mention Shanghai Disneyland’s Zootopia area and the TRON Lightcycle Run roller coaster as possibilities.

In short, Disneyland has the land and they want flexibility to maximize what they put on it. The DisneylandForward site says that updated approvals from the City of Anaheim “are necessary as they will allow us to explore new integrated and immersive experiences that could include adding new theme park attractions without having to remove and replace treasured rides and attractions.” Stay tuned for more.