New Dino Species Was the Largest Animal to Ever Roam Australia

Earlier this year, paleontologists in Argentina announced the discovery of “titanosaur” fossils, which they say may belong to the largest dinosaur in history; one that weighed 220,000 pounds, and spanned 120 feet long. Now, paleontologists in Australia say they have the fossil remains of what could be a dinosaur just as large, if not bigger. And the behemoth saropaud already stands as the largest animal to ever walk the outback. 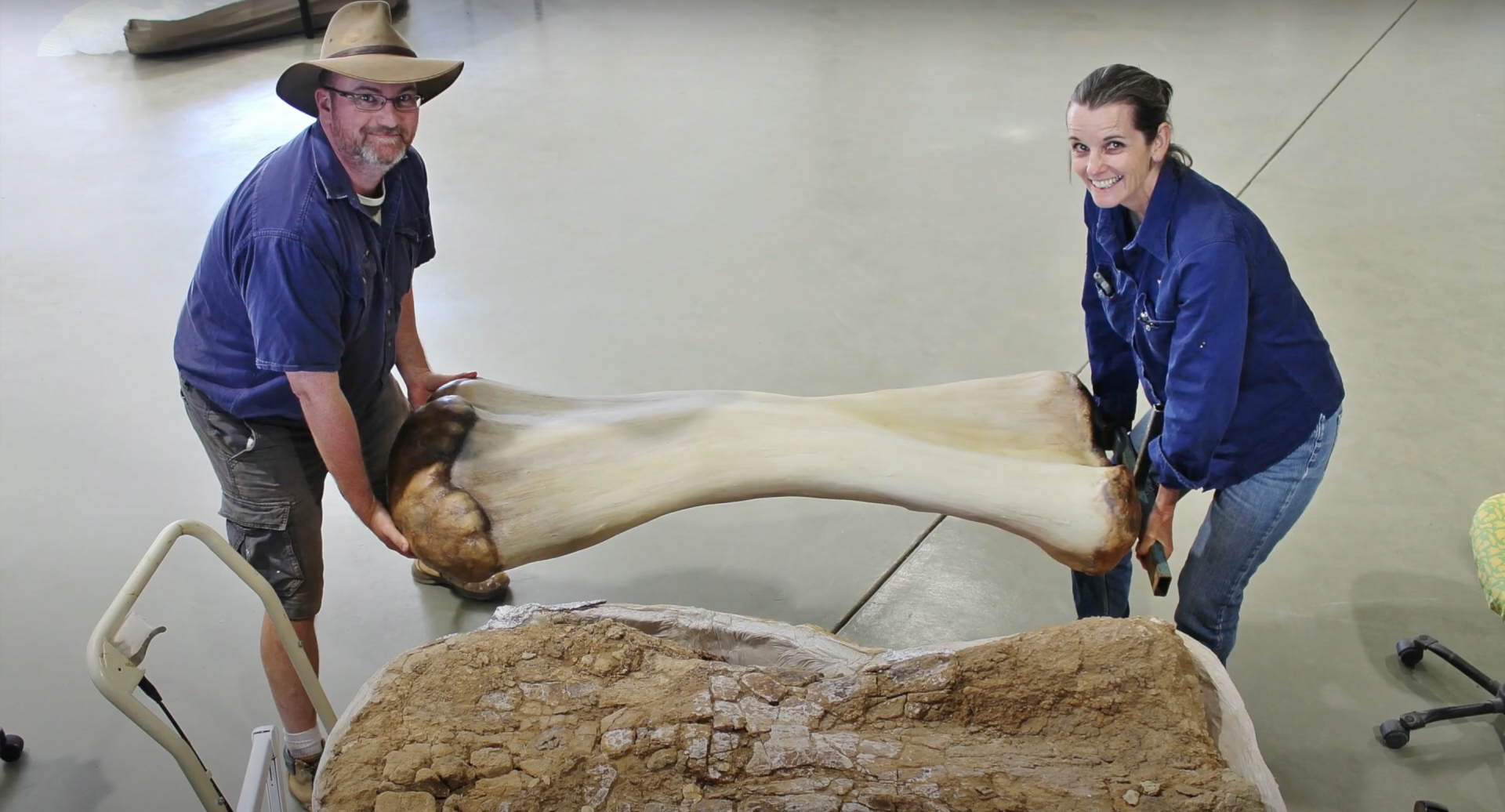 The Smithsonian Magazine reported on the new dinosaur species, which the Aussie paleontologists have dubbed Australotitan cooperensis. A couple riding their motor bikes, Robyn and Stuart Mackenzie, first came across the A. cooperensis fossils in 2006. The Mackenzies came across the fossils on their cattle farm near the Eromanga Basin in southwest Queensland.

Despite beginning their study 15 years ago, the paleontologists are still deciphering the exact physical characteristics of A. cooperensis. Although they’ve just published a study in the journal PeerJ confirming it is indeed a new species of sauropod dinosaur. (Sauropods were quadrupedal dinosaurs that were gargantuan in size, with enormous necks and tails. The brontosaurus, for example, was a sauropod.)

Study co-author Scott Hucknall says in the video above that size estimates for A. cooperensis range from 25 to 30 meters long. Or somewhere between 82 and 100 feet long. Hucknall also says the giant dino was likely around 21 feet tall at its hip. And weighed an unthinkable 30 to 70 tons. For reference, blue whales can weigh up to 200 tons.

As for when A. cooperensis roamed Earth, Hucknall and his co-authors say it was likely sometime between 96 and 92 million years ago; right around the same time the titanosaurs were stomping all over South America. Hucknall does say, however, that it’s difficult to date dinosaur fossils in Australia. The country is relatively flat, making the study of geological layers more difficult than in more mountainous regions. 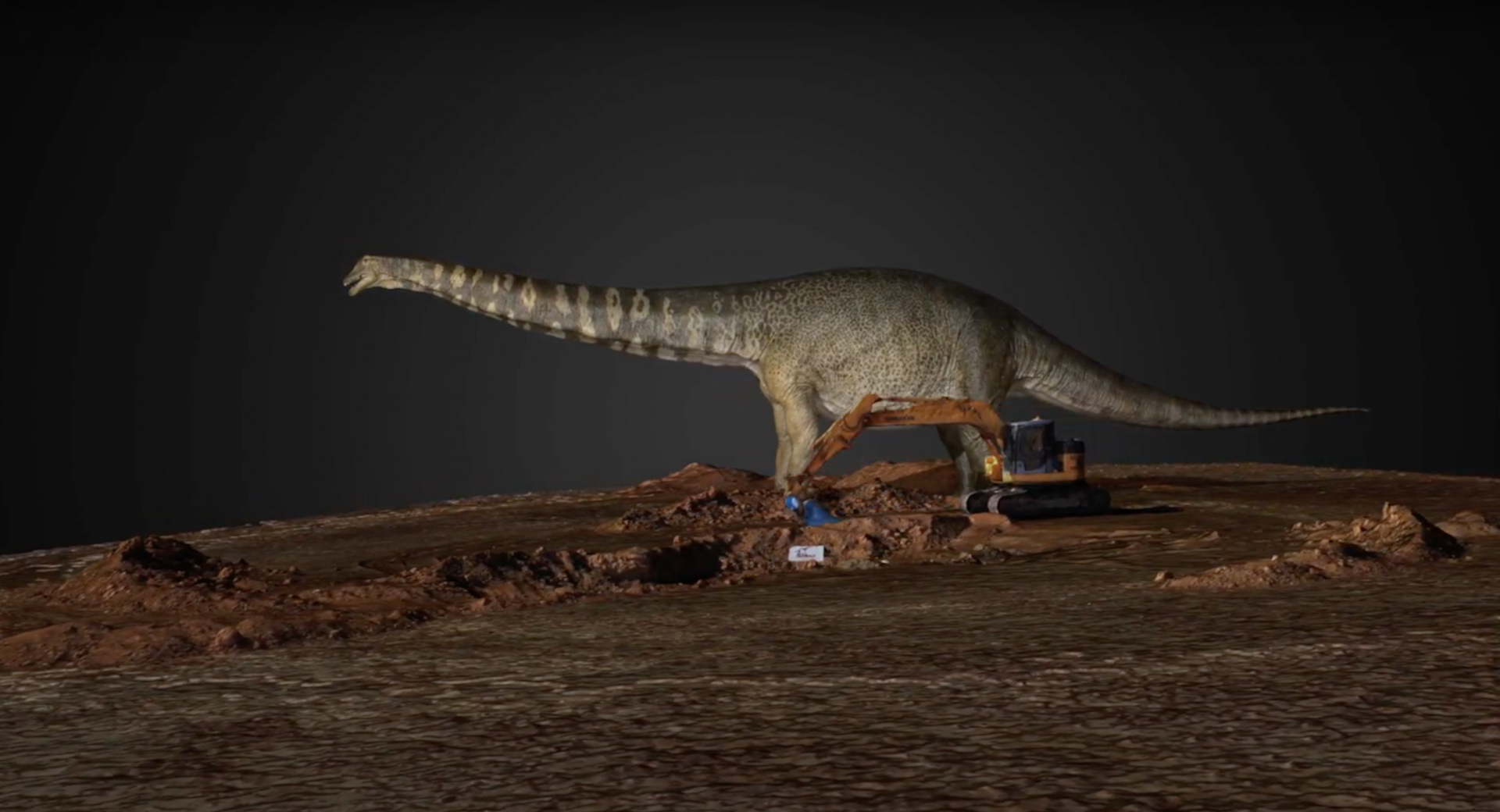 Hucknall says he and his colleagues need to do “a lot more work” to hone estimates of A. cooperensis‘ size and time of existence. Regardless of how large the sauropod dinosaur turns out to be, however, the paleontologist just seems happy to throw Australia’s proverbial safari hat into the ring for largest ever dinosaur.