Diabolical Ironclad Beetle Can Survive Car Running Over It - Nerdist

Diabolical Ironclad Beetle Can Survive Car Running Over It

Every animal on Earth—whether it be a cougar or jellyfish or snake—has had its “character attributes” decided by evolution. And while a creature like, say, the parrot has had a lot of its points allotted to intelligence, the diabolical ironclad beetle is all about one stat: toughness. In fact, the DIB (our acronym) has an exoskeleton so hard it can shrug off being run over by cars.

The diabolical beetle is currently in the spotlight because a team of researchers has just published a paper (which comes via Gizmodo) outlining how it achieves its extraordinary hardness. The researchers, led by entomologists and engineers from the University of California, Irvine, and Purdue University, published their findings in the journal, Nature.

“The ironclad is a terrestrial beetle, so it’s not lightweight and fast but built more like a little tank,”principle investigator, David Kisailus, said in a UCI press release. Kisailus, UCI professor of materials science & engineering, added that “It can’t fly away, so it just stays put and lets its specially designed armor take the abuse until the predator gives up.”

And while “specially designed armor” may sound like a hyperbolic description, it most certainly is not. In fact, the DIB’s exoskeleton can withstand 39,000 times the bug’s body weight before fracturing. For reference, that would be the equivalent of a 200-pound person being able to withstand 7.8 million pounds of pressure.

The ironclad’s exoskeleton is able to achieve this toughness thanks to two characteristics: its material makeup, and its interlocking structure. As Purdue’s Pablo Zavattieri says in the video up top, the DIB evolved from flying beetles, and has forfeited wings for armor. More specifically, the ironclad has evolved in such a way that its elytra—its wing covers—have become a solid, protective shield; one made of layers of chitin (a fibrous exoskeleton material), as well as a particularly strong matrix of proteins. 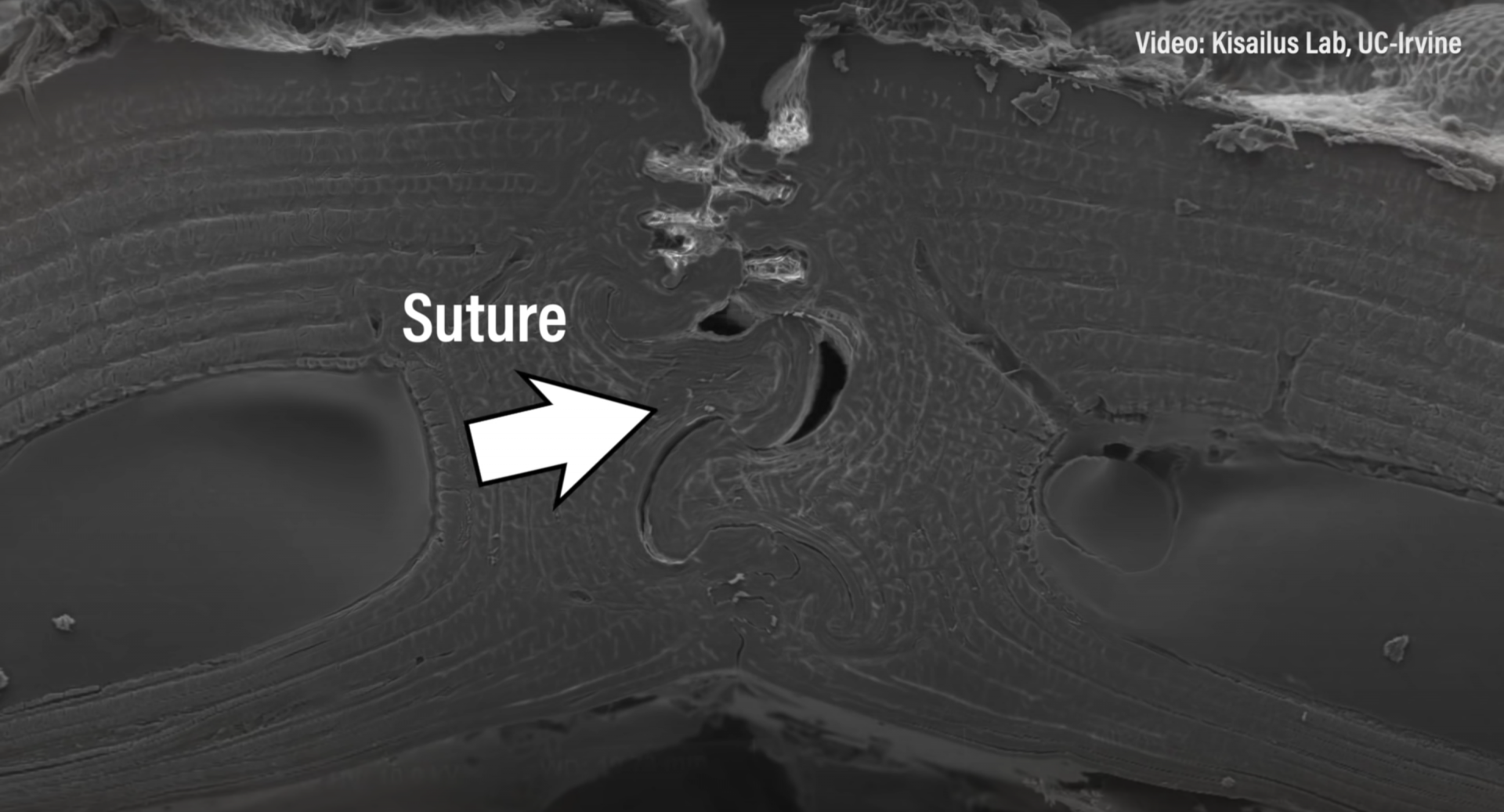 The geometry of the “suture” that’s evolved to tie the DIB’s elytra together is also key for hardness. The suture, it turns out, looks exactly like interlocking jigsaw puzzle pieces. But while real jigsaw pieces snap at their “necks” (their thinnest points), those tying the diabolical’s exoskeleton together don’t. Instead, the puzzle piece-like sutures delaminate—or fracture into layers—allowing them to pull apart without breaking completely. 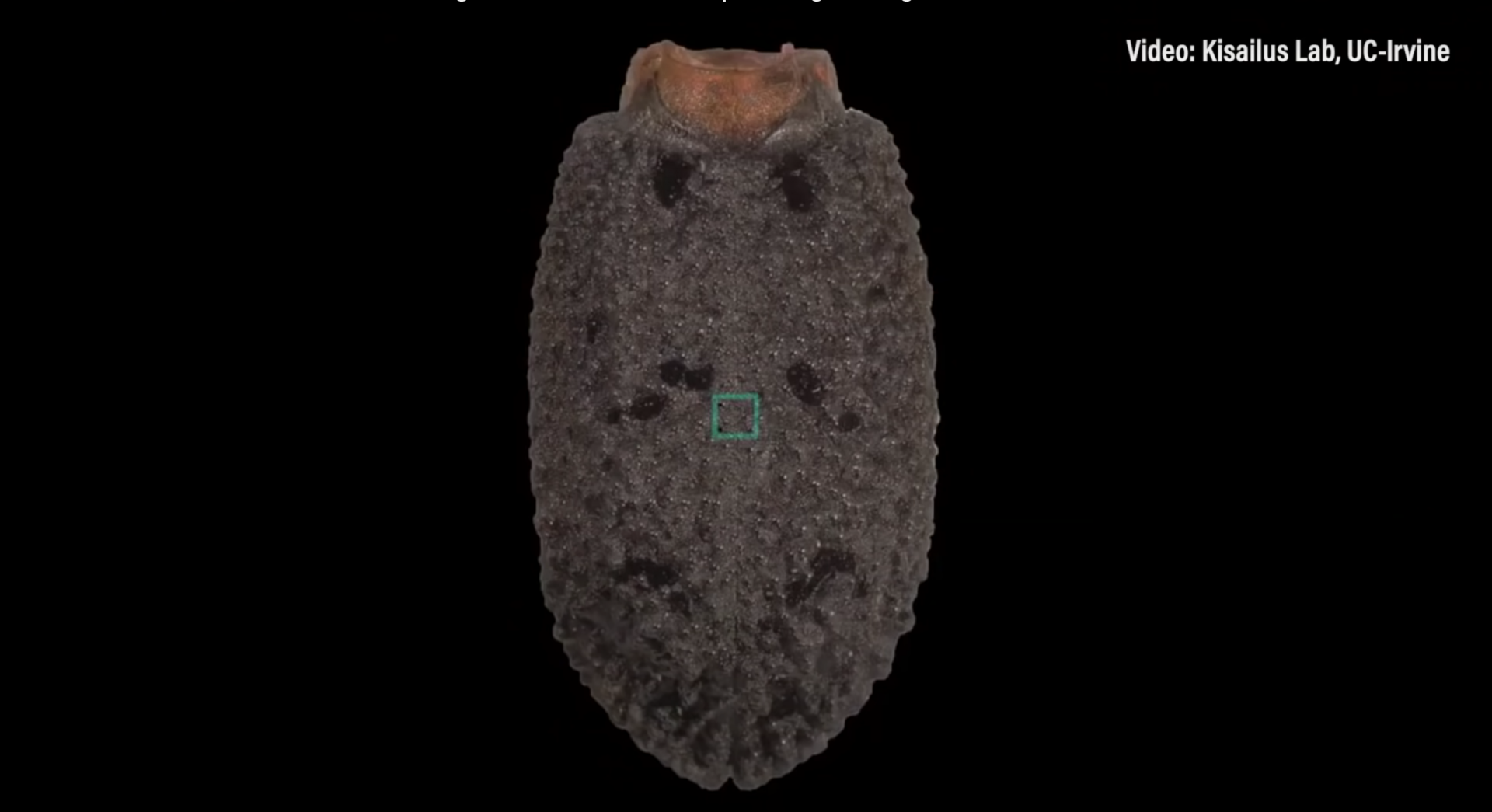 Kisailus added in UCI’s release this study bridges the fields of biology, mechanics and materials science in a useful way. In terms of real-world application, it’s easy to imagine this research influencing armor design. The U.S. Air Force and Army both supported the research, for example, and they probably have some particular use-cases in mind.