Scientists Find 'Flying Snakes' Glide Due to Their Wiggle - Nerdist

Scientists Find ‘Flying Snakes’ Glide Due to Their Wiggle

Researchers have analyzed the way paradise tree snakes glide through the air, and found that the way they wiggle is paramount to their aerial prowess. This observation, the researchers say, not only helps to explain how these snakes glide, but may also give insight into how to make robots do the same. And yes, that may mean at some point we get flying snake robots.

CNN picked up on this slitherin’ discovery, which was outlined in a paper recently published in the journal, Nature Physics. The paper, authored by Isaac J. Yeaton of Johns Hopkins University et al., notes that the way paradise tree snakes undulate is unique amongst the way other snakes undulate. And that this unqiue undulation is, indeed, key to their ability to cover significant horizontal distances once airborne.

For those unfamiliar, paradise tree snakes, a.k.a. Chrysopelea paradisi, are a species of snake found in southeast Asia, which can, like all member species of the genus Chrysopelea, glide. As their name suggests, paradise tree snakes love hanging out in trees, but they also love leaping from tree to tree or from tree to the ground. They’re able to glide when leaping thanks to their bodies stretching out and flattening like ribbons—a feat they achieve by splaying their ribs.

Yeaton and the other researchers found that, when it comes to the undulation part of the flying snake equation, the paradise tree snakes move to help keep themselves from rolling. The undulation, which not only occurs side to side, but also vertically, keeps them from tumbling, and also helps to ensure they land upright. This means they have both a longer, and safer flight.

Yeaton notes in the Nature video up top that engineers could potentially transfer this aerial undulation over to snake robots—one of which is shown below—to help them have “a successful glide.” This, Yeaton says, could enable the robots to move on sand, swim, or navigate other “really rough environments.” Which sounds both fascinating and like the beginning of an Anaconda/Terminator mash-up movie. 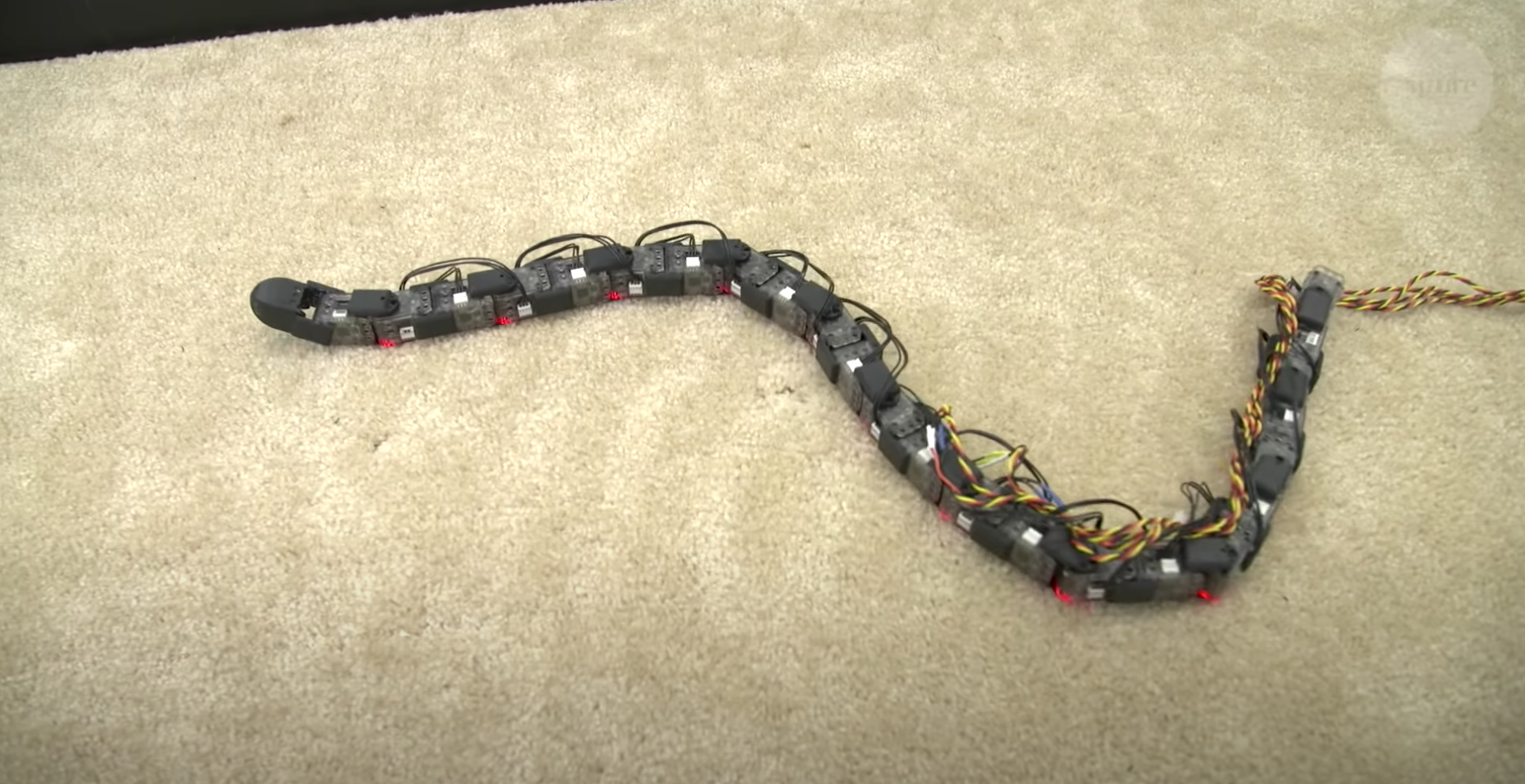 What do you think about these paradise tree snakes’ undulations? Are you looking at Chrysopelea paradisi in a whole new way now, or are you just shocked to hear that flying snakes exist? Glide into the comments with your thoughts, people!