Watch Parrots Use Probabilities In Ways Only Great Apes Can - Nerdist

Watch Parrots Use Probabilities In Ways Only Great Apes Can

Scientists in New Zealand have tested to see how accurately a particular species of parrot can predict future events, and found that, in many ways, the birds are as proficient as the great apes. In fact, the parrots’ ability to use this kind of statistical inference is the first demonstration of such behavior outside of the primate family. This finding, the researchers say, could help to clarify what intelligence is, and how it evolves.

The scientists behind the findings, Amalia Bastos and Alex Taylor, outlined their research in a paper recently published in the journal, Nature. The above video features Bastos and Taylor working with the kea parrots—or Nestor notabilis—used for the study.

In the video, the kea parrots are shown using statistical inference to make decisions that maximize their chance of getting a reward. Statistical inference is essentially the ability to infer properties of a population by testing hypotheses and deriving estimates. 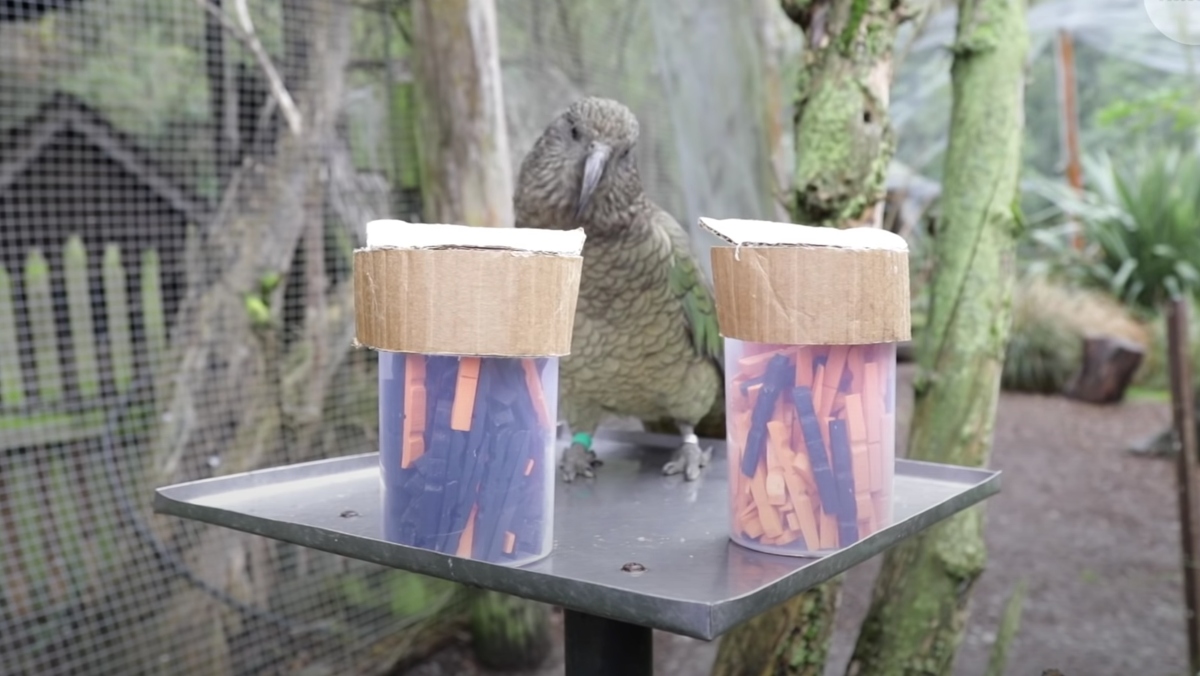 A kea parrot looking at the two tubs of tokens. Nature

To test the parrots’ ability to predict future events, Bastos and Taylor first trained the birds to understand that a particular type of “token” leads to food while another type doesn’t. The scientists then presented the birds with two tubs filled with both types of tokens from which to pick. Invariably, the birds chose the tub that contained the highest proportion of food tokens to non-food ones; even when the number of food tokens in each tub was the same. Meaning the parrots understood that the probability of picking a food token was higher in the tub with a higher proportion of food tokens. 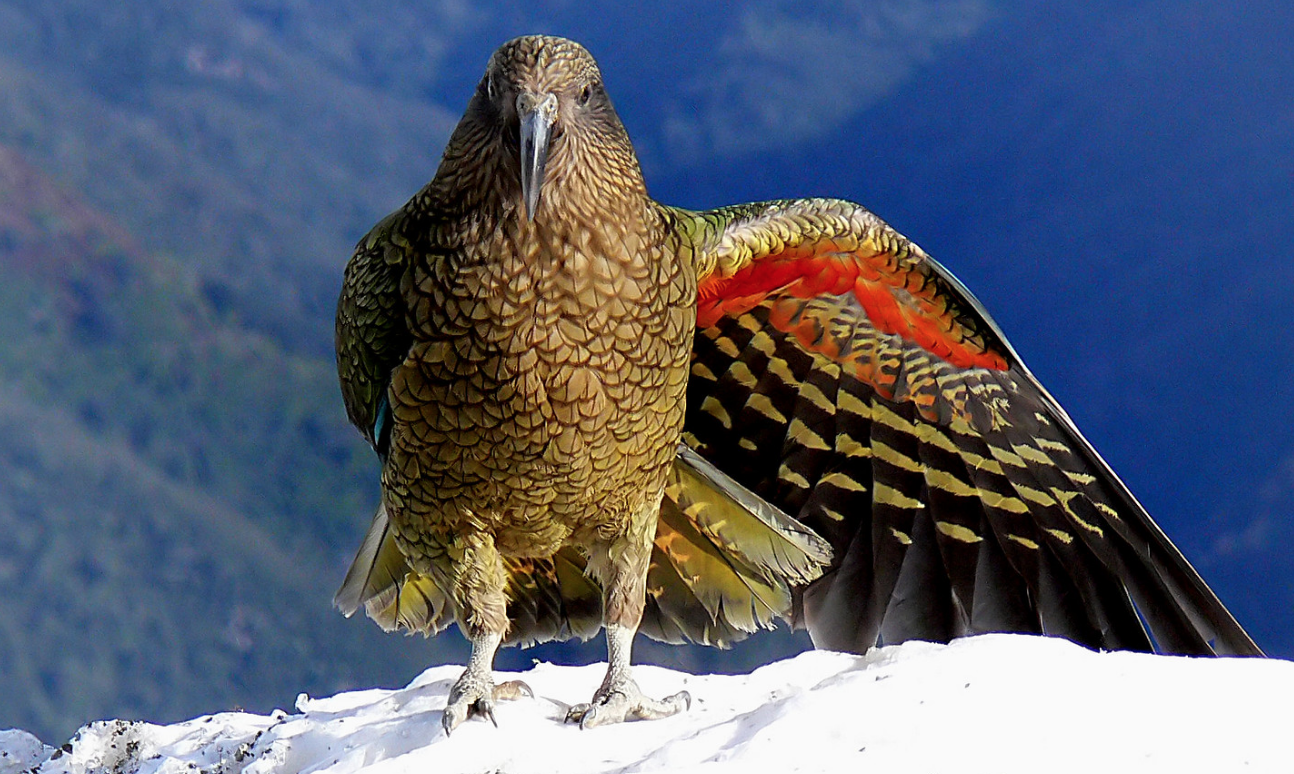 A look at the glorious kea parrot. Bernard Spragg

Bastos and Taylor’s paper notes that these results demonstrate “evidence that true statistical inference is found outside of the great apes, and that aspects of domain-general thinking can convergently evolve in brains with a highly different structure from primates.” Moving forward, the scientists say that these findings will aid in our understanding of how intelligence evolves. The paper notes the findings may even help people build effective artificial general intelligence.

What do you think about these kea parrots’ ability to use probabilities to make predictions? Let’s get some bird-brained thoughts going in the comments!