Kyle Burgess, an order fulfillment manager in Utah, experienced a waking nightmare recently when a cougar followed him him like Black Noir on a mission. Burgess, who’s apparently an avid nature explorer, had to elude the giant cat for a full six minutes while backing up. And, because Burgess kept his phone trained on the cougar, every minute of the pursuit was caught on video.

Laughing Squid reported on the video, which Burgess recently posted to his YouTube channel. The 26-year-old says in the video’s description that the encounter began during a run, when he saw what he thought were bobcats. He soon realized, however, that they were, in fact, cougar cubs; ones with a very protective mother.

In the video, we watch as the cougar backs Burgess up along a trail near the city of Provo. And the entire time the adrenalized runner is doing two things: making himself seem large and frightening, and cranking out (now bleeped) curse words in just about every single sentence. 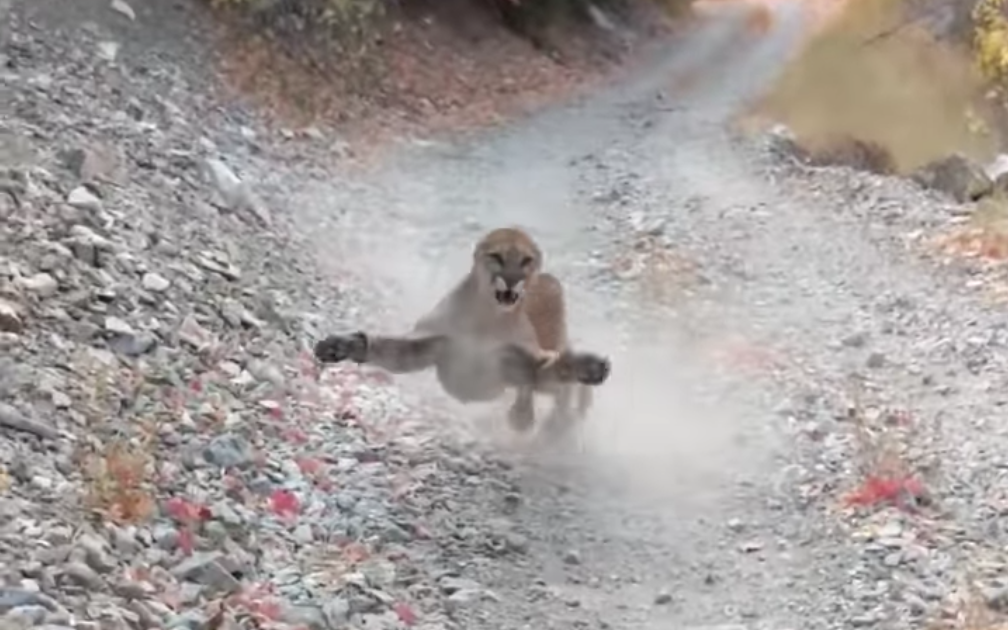 “Oh f***, oh s***,” are the first words out of Burgess’ mouth once he spots the cubs’ mama. He continues on firing off “f*** you” after “f*** you,” although he does become more conciliatory after about a minute. “Please go away,” Burgess pleads with the angry mother, adding in a not-so-intimidating tone that he’s “big and scary.”

“I had my phone in one hand and my other hand up in the air trying to look as big as I could,” Burgess told CNN. “I’m not the biggest person… so this cougar could take me down in a heartbeat,” he added.

In an interview with KUTV 2 News, Burgess said that, “This [canyon] is not our home, this is their home,” referring to the cougars. And overall, Burgess seems to be doing his best to avoid interfering with nature. That being said, it’d probably be good to have “back away immediately” be the response to finding cubs rather than “pull out phone and record.”

For those who can’t help but encounter a cougar, here are tips from the Utah Division of Wildlife Resources. And they essentially boil down to: make yourself look big, raise or wave your arms, and don’t run away. Incidentally, those guidelines may apply to a lot of territorial house cats too.