Bungie Teases Future of DESTINY 2 in BEYOND LIGHT Trailer - Nerdist

Bungie Teases Future of DESTINY 2 in BEYOND LIGHT Trailer

In Beyond Light, the year-four expansion for Destiny 2, players will venture to the icy Jovian moon of Europa. Seattle-based developer Bungie, now independent after parting ways with publisher Activision, teased the game’s next-gen future in a livestream Tuesday morning.

“We’re building it from our living rooms and our basements,” general manager Mark Noseworthy said in a pre-recorded interview alongside game director Luke Smith, acknowledging the impact COVID-19 has had on Destiny’s development. The pair showed off the Beyond Light cinematic trailer, offered up some juicy details about where things are headed, and announced expansions for year five and six: The Witch Queen and Lightfall. Those will arrive in 2021 and 2022, respectively.

In the trailer for Beyond Light, we see an unlikely trio coming together on Europa: the Drifter, first introduced alongside Gambit mode; every Guardian’s favorite three-eyed goth girlfriend, Eris Morn; and the Exo Stranger. Players haven’t seen the Stranger since the original Destiny campaign, all the way back in 2014. You might remember getting your hands on her iconic yellow pulse rifle upon completion of that game almost six years ago.

Europa, the birthplace of the Exos, appears to be home to a strange blue energy emanating from the moon’s surface. Buried in the ice, too, is a pyramid ship like the one seen on the moon in the Shadowkeep story quest. Bungie’s teasing a war against the Fallen baroness Eramis, of the House of Devils. Additionally, they teased an all-new energy type—“stasis”—to coexist alongside solar, void, and arc damage.

“Where I come from, the Darkness won,” the Stranger says. “I have witnessed this firsthand. I refuse to let it happen again.” And so, she adds, “we must embrace it.”

“It’s time to wield the Darkness,” Noseworthy said. “As a weapon.” 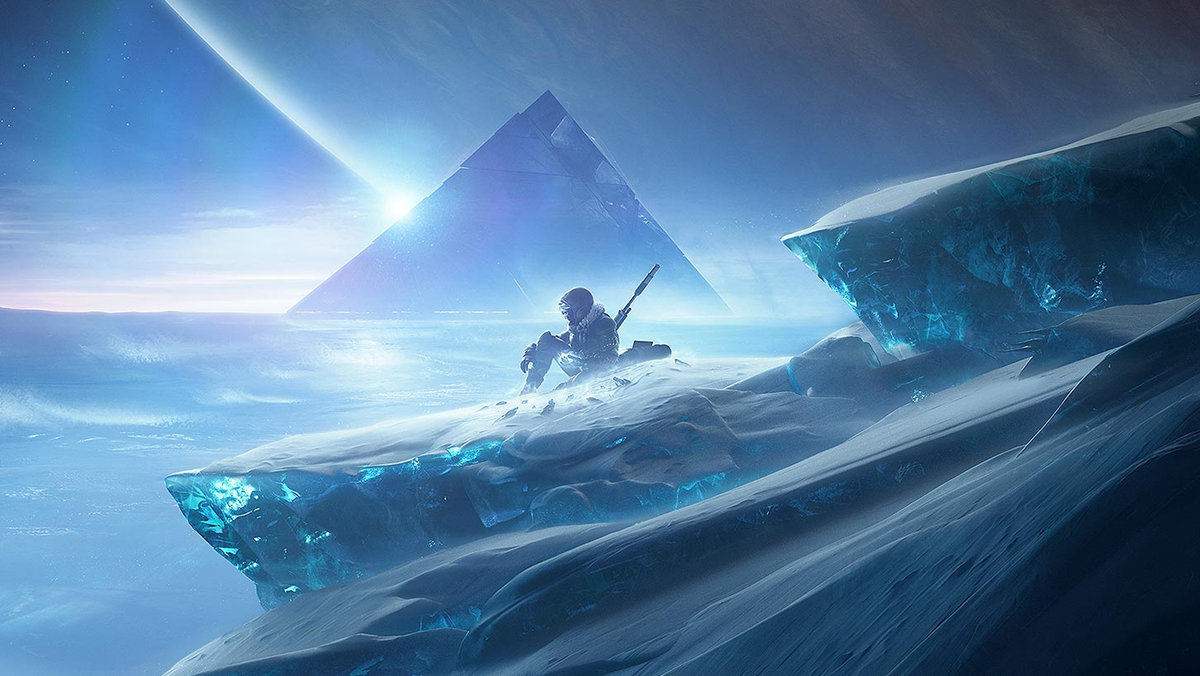 Other hints about the future of Destiny 2 include less “FOMO,” armor being more “valuable” in the long term, a reworked quest log, and support for the PlayStation 5 and Xbox Series X. Next-gen consoles will run Destiny 2 at 60 frames per second, with 4K resolution on supported monitors and TVs. Expansions purchased on PS4 will transfer to the PlayStation 5; Xbox One content will transfer over to the Series X, courtesy of Microsoft’s new Smart Delivery.

“Intergenerational play” is coming later this year. This will allow players on PS4 to play with friends on PS5 and Xbox One players to coexist alongside Series X Guardians. In 2021, Bungie says, we can finally expect cross-platform play. This means between everyone on PS4, PS5, Xbox One, Series X, Stadia, and PC.

And don’t expect Destiny 3 anytime soon, if ever. Since its split with Activision, Bungie has no plans for a numbered sequel to D2. “We don’t want to put another number on the box,” Smith said.

Instead, the studio has come up with the Destiny Content Vault (or DCV). Anything the team considers irrelevant to the current live season will retire, or “vault;” this will cut down on download sizes, testing, and other considerations. So your favorite planet might get taken out of Destiny for a while, but classic Destiny 1 activities like the Sepiks Prime strike and the Cosmodrome destination will return. And the beloved Vault of Glass—the original 2014 raid—will hit D2 in 2021.

Beyond Light is slated to launch on September 22.