It looks like Sergeant John Spartan will once again be gracing our screens. In a recent Q&A on Instagram, Sylvester Stallone (John Spartan himself) responded to a fan’s question about the possibility of a Demolition Man sequel movie in the near future (via IGN). To everyone’s delight, Stallone said, “I think it is coming. We’re working on it right now with Warner Brothers and it’s looking fantastic, so that should come out. That’s going to happen.”

For those unfamiliar with the original 1993 Demolition Man premise, let’s break it down. Stallone is a LAPD cop put to sleep in a cryogenic prison  in 1993 after accidentally blowing up a building with hostages inside. He awakes from said prison in the now not-too-distant future world of 2032 in order to stop his former nemesis, Simon Phoenix (great name), played by Wesley Snipes. Phoenix is running loose in Los Angeles, now known as San Angeles. With the help of a baby Sandra Bullock and Benjamin Bratt, they have to stop an evil leader masking himself in this utopian world they have created. What a plot! 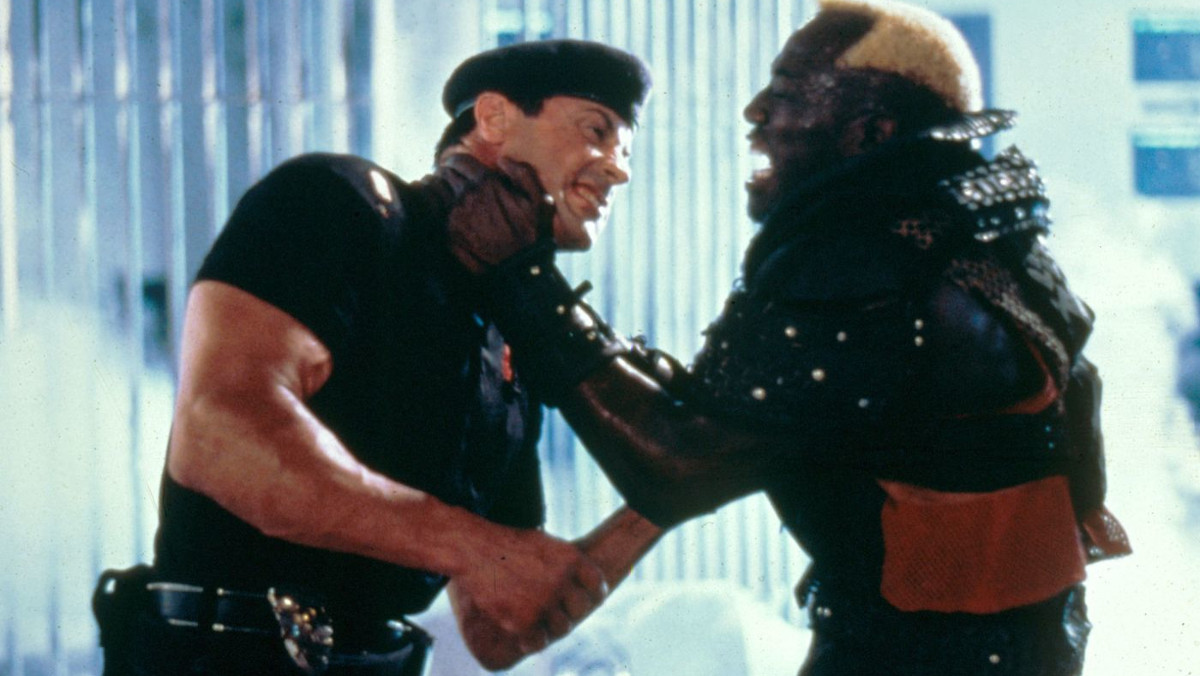 And if you haven’t seen Demolition Man, it’s streaming on Hulu as of May 1.

Stallone shared more good news besides the Demolition Man sequel. He also let slip that his long-awaited James Byron Huggins’ sci-fi novel Hunter adaptation is also finally moving forward. “We’re making the movie Hunter. That’s gonna happen. That’s been in the works for like 20 years.” He didn’t mention a specific studio working on the project, but since he did buy the rights to the novel back in 2009, it’s clear Stallone is passionate about the subject matter.

But that’s not all! He also said that his 1981 Nighthawks classic action film is being remade into a streaming series. “We’re remaking [Nighthawks] as a streaming series at Universal,” Stallone told his fans. “I’m really proud of all of these things that are coming back around because they’re holding up.”

If this Q&A is any indication, Stallone fans have a lot to be excited about whenever productions can resume and these projects can finally be made!