If I had my own TV show, I would constantly have my characters eating the most ridiculous foods ever. Nothing would be too weird, gross, or physically impossible. They’d just be whipping up bizarre meals every episode. Not because it made sense for that week’s story. Nor because it was even that interesting. But simply because I’d want to see how Andrew Rea of Binging With Babish made my dish into something edible. No matter how absurd my fictional concoctions might sound, and no matter how outlandish they might taste, I know he’d be up to the task of turning them into tasty entrées. Like he did in his newest video, where he transformed The Simpsons‘ Cheetos, root beer, and hot dog noodles into something we’d actually want to eat.

Marge Simpson is a wonderful mother who loves her children. That doesn’t mean she should always give them what they want, though. Because while Bart might love her bizarre mixture of root beer and Cheetos noodles with hot dog pieces, it’s clear from Rea’s own recreation of the dish it’s not something anyone should eat. (It’s not even clear how anyone should make it.)

But cooking fictional dishes as they are in shows and movies is not the only thing that makes Rea’s videos great. He also tries to keep the spirit of the Cheetos-root-beer-noodles alive while making it good. And in this case, that meant short ribs braised in a root beer-infused sauce, served with homemade noodles that feature cheese dust. 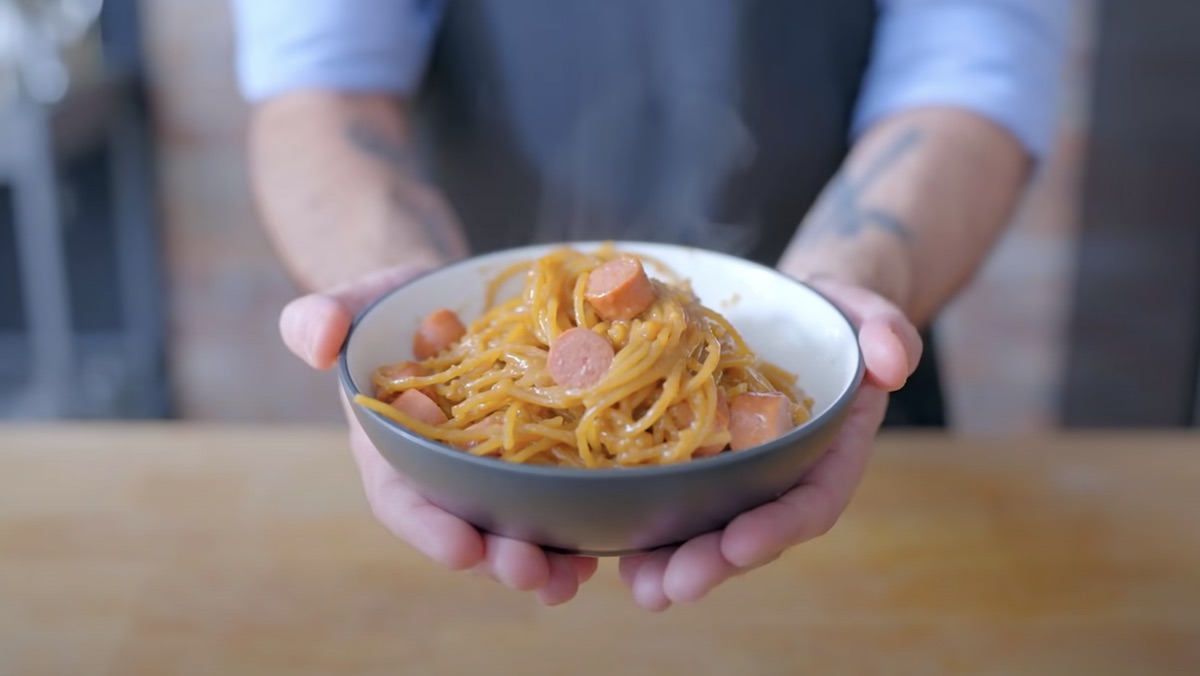 All of which… still sounds weird! And yet, it also sounds delicious. The type of unique dish we’d go to a restaurant specifically to try. According to Rea’s own enjoyment of the meal, which joined his “Clean Plate Club,” we’d be right to do so. Who knew Cheetos-root-beer-noodles could taste so good?

This is why if I had my own show, I’d also have one of my characters open a “Binging With Babish” restaurant. That way, he might have to do the same.