Superhero stories are leaning hard into the Multiverse concept in TV and film. At Marvel, Disney+ has Loki, What If….?, and soon  Doctor Strange in the Multiverse of Madness. (And probably Spider-Man: No Way Home too.) Meanwhile, DC beat Marvel to the punch when the CW Arrowverse did Crisis on Infinite Earths at the end of 2019. The upcoming Flash movie is going full Multiverse as well, reintroducing Michael Keaton’s Batman. And let’s not forget who arrived at the Multiversal party first: Spider-Man: Into the Spider-Verse.

One of the shows taking advantage of the Multiverse concept is none other than Superman and Lois, which just finished its first season on the CW. This first season saw the arrival of the heroic Steel (Wolé Parks), only this John Henry Irons was from an alternate Earth. The season finale had yet another parallel Earth visitor, in the form of Steel’s daughter, Natalie Lane Kent. She’s played by Tayler Buck.

But there’s one major alternate Earth hero who had never appeared in live-action before. One who is so popular, she’s survived Crisis after Crisis in the comics, and is one of the most cosplayed characters of all time. We’re talking about Power Girl. 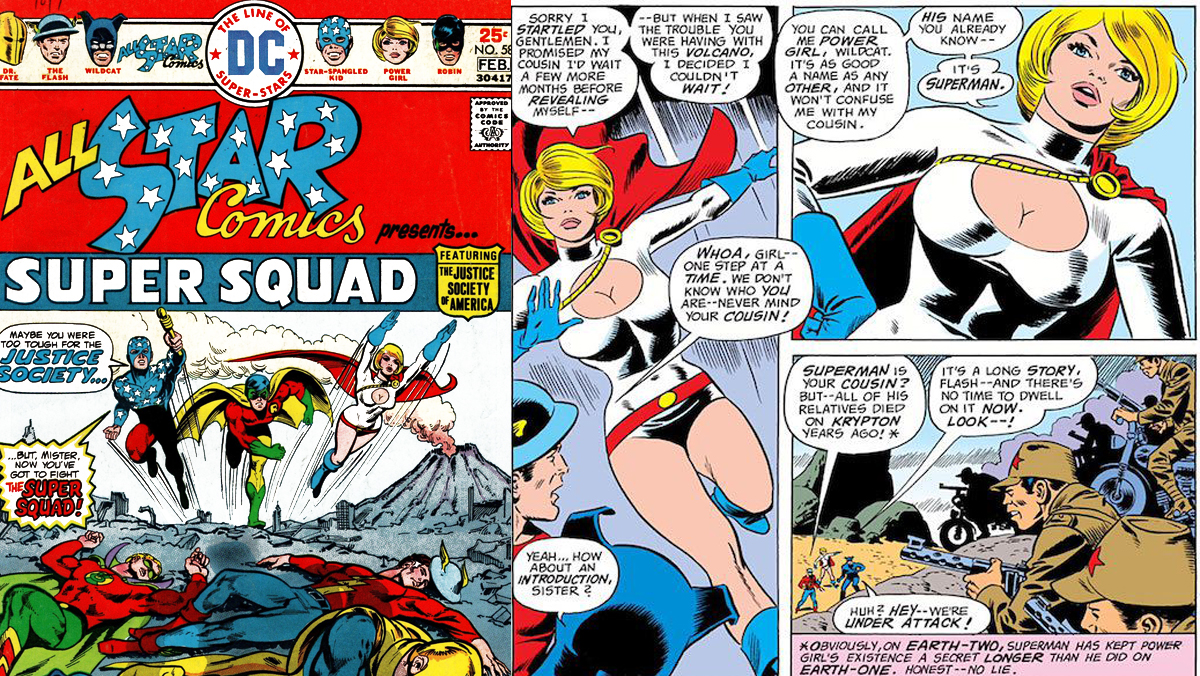 For the comics uninitiated, Power Girl is the parallel Earth version of Supergirl, with all of her strengths and weaknesses. Like Supergirl, she’s Kara Zor-L, Superman’s first cousin from the doomed planet Krypton. Only with way more sass and attitude than the Supergirl we all know. She’s also portrayed as older than Supergirl. And she was the CEO of a large tech company, in her civilian identity of Karen Starr. This is something “our” Kara never was. 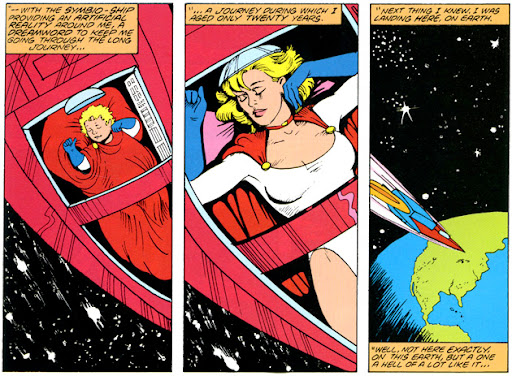 Power Girl first appeared in 1976’s All-Star Comics #58, some seventeen years after Supergirl first showed up. All-Star Comics told stories of the Justice Society of America, the original DC heroes of WWII. They lived on Earth-Two, and were allowed to age up to the present day. So this version of Superman was an elder version of the one that first appeared in 1938. Therefore, he was “Kal-L,” and not “Kal-El,” going by the original spelling. Kara was similarly Kara Zor-L, not Kara Zor-El. 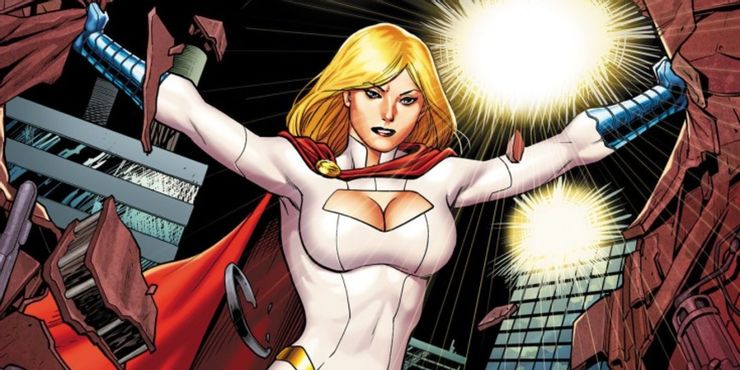 Kara’s rocket to Earth arrived much later in life than her Earth-One counterpart’s. Essentially, the older Clark and Lois adopted Kara and raised her in secret. She didn’t make her heroic debut until the ‘70s, using the name Power Girl. Unlike her counterpart, she wanted to be her own woman, and not wear a copy of her famous cousin’s costume. This was all a response to the era they created her in during the height of First Wave feminism. They deliberately gave her the same haircut as actress Angie Dickinson, herself a feminist hero for her role on the TV series Police Woman. 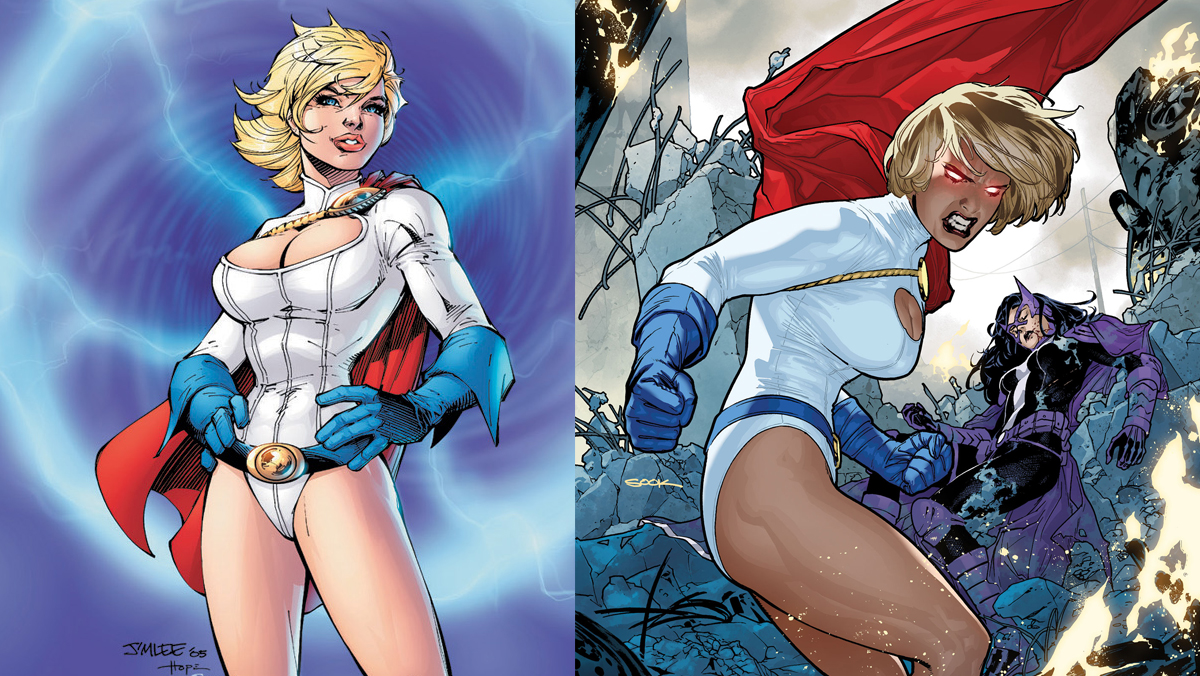 Power Girl was a member of Earth-Two’s Justice Society, and was best friends with Batman and Catwoman’s daughter, the Huntress (mirroring the relationship of Supergirl and Batgirl on Earth-One). After Crisis on Infinite Earths, DC Comics erased her Earth. She went to live on the new post-Crisis Earth, where DC writers created a new origin story for her. Power Girl was now the granddaughter of an ancient Atlantean wizard. No one really liked that, so eventually, she became the alternate Earth version of Kara Zor-L again. She’s been a big player in Justice Society of America, Justice League International, and headlined her own ongoing series too. And yet, we’re still waiting for Karen Starr to show up in live-action.

Why Superman and Lois is the Perfect Home for Kara 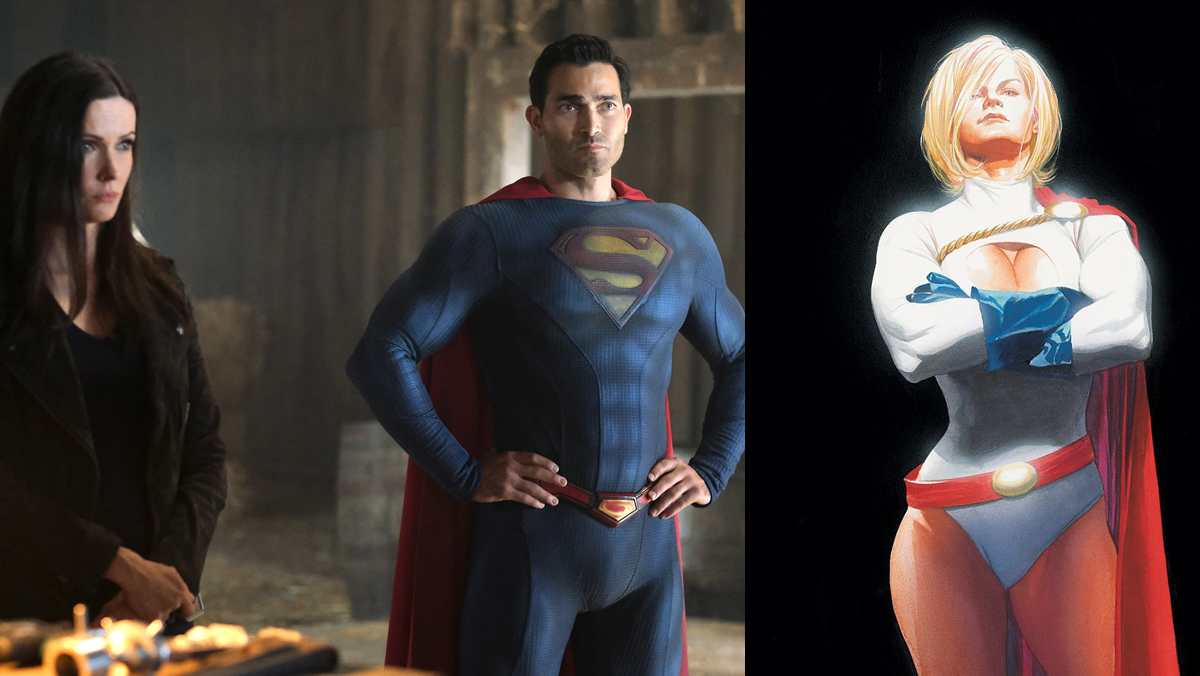 Despite the Supergirl series being the perfect case to introduce her, in six seasons they never went there. Melissa Benoist could have played an alt-universe version of herself, or they could have cast a different actress. It’s kind of baffling that they never did. But that ship has all but sailed. Going forward, Superman and Lois is the perfect series to introduce Karen Starr.

With Melissa Benoist leaving Supergirl behind, it’s unlikely we’re going to see much of her version of Kara interact with her cousin Kal on his series. In fact, we haven’t seen Clark mention Kara once on Superman and Lois. This is weird, given that they share the same continuity. While Benoist may be open to making guest appearances, we think by adding in Power Girl, we’ll get a fully fleshed-out version of the Kal-El/Kara dynamic play out.

Having the feisty and headstrong Power Girl around would be a good counterbalance to the usually calm and measured Clark Kent. Especially in a family situation. Clark is trying to be the best dad he can be to his twin sons, one of which has super powers. Imagine having an older cousin show up who is younger than his father, but older than him. And who might instruct him in the use of his powers in totally different ways. It’s too much of a good opportunity for the writers of Superman and Lois to let go.

Let’s Talk About the Costume

Of course, we must address the elephant in the room. Power Girl’s costume. In the comics, Power Girl originally had an outfit that had a circular hole cut out of the front where the “S” emblem would be. This basically showed off her ample cleavage. And as the years went on, her breasts were drawn larger and larger. The so-called “boob window” became a signature piece of her costume.

Eventually, criticism of the costume made DC decide to do a different version of it. Like many things, there’s never been a consensus if PG’s costume is good or bad. Some women find it sexist and degrading, while others love it, making it a cosplay favorite. Regardless oh how one feels about it, there is a way to do Power Girl without that version of the costume, should they so choose. The comics did it for years.

Regardless of what she wears, it’s high time we saw Power Girl kick some butt on screen. With Supergirl leaving our televisions soon, we need some kind of Kryptonian Kara taking on the bad guys on a regular basis. And the Arroweverse, and specifically Superman & Lois, is just the place to do it.