I truly became a Star Wars fan when I was a teenager. As a kid, I had seen the original trilogy on TV many times, but usually in piecemeal. They never stuck with me the way they did so many others. It wasn’t until shortly before The Phantom Menace came out that I really threw myself into the franchise I now love. As a result, I don’t have a specific memory of the first time I saw Darth Vader in A New Hope. It was probably some Saturday afternoon while channel surfing, an experience lost to time. However, I promise I will never forget watching this dog’s introduction to the Sith Lord. Because this very good pup was very afraid of the bad man.

The TikTok channel RustyMetalCreation posted a truly delightful video (that we first came across at Digg). It features their golden retriever watching the original 1977 Star Wars film. Everything about this is perfect. It starts with the dog sitting on the edge of the couch as Imperial forces invade Princess Leia’s Tantive IV ship. Once the Ambassador’s forces fall, Darth Vader makes his iconic entrance, walking through a cloud of blaster smoke.

That’s when the dog gets up. Darth Vader is too scary. The terrified pup scampers over the side of the couch and seemingly out of view. But if you look carefully you can see its frightened little head peaking out. Fortunately, its owner moved so we could learn for certain that, even though Darth Vader was too much for this wonderful doggo, it was still watching. 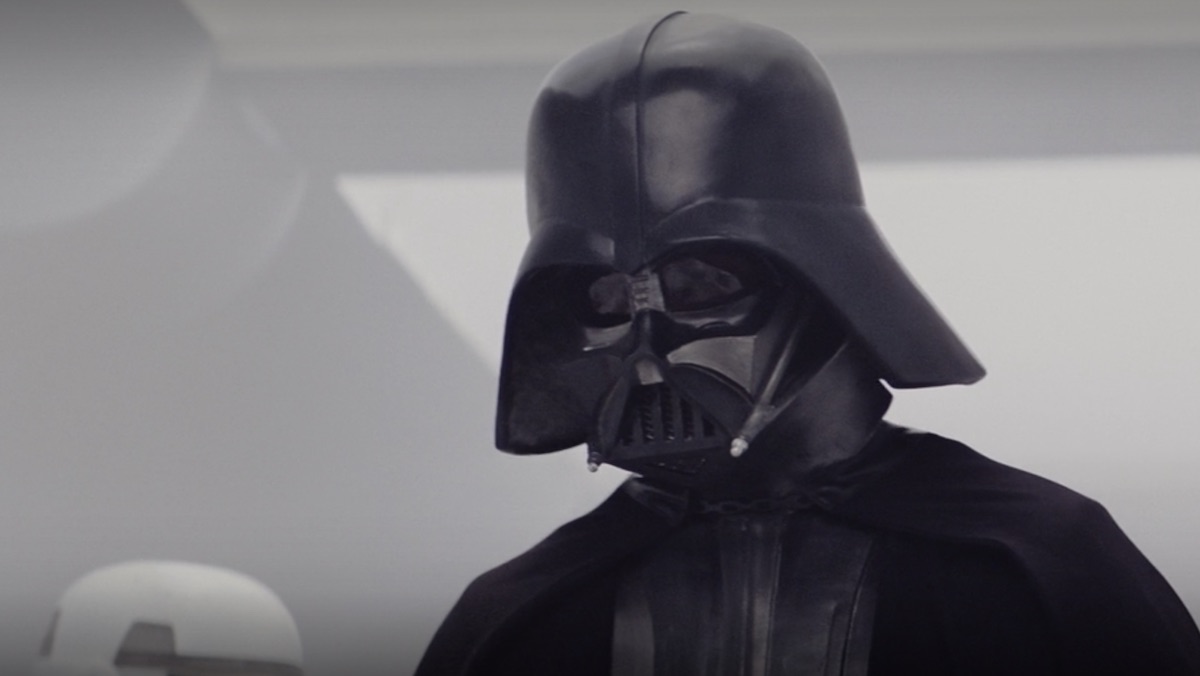 This video is a testament to two things we firmly believe. The first is that Darth Vader’s Star Wars introduction is a perfect movie moment. One that works on both humans and animals alike. The second is that dogs are the best. So while I might not remember the first time I ever saw this scene, I will never forget this video.

This one is pretty great too.