DARKWING DUCK Returns to DUCKTALES for a Special Episode - Nerdist

DARKWING DUCK Returns to DUCKTALES for a Special Episode

DuckTales is about to get very dangerous: the terror that flaps in the night will return to the animated series to make evildoers suck on gas. Darkwing Duck is getting an hour-long special during the show’s third season.

DuckTales‘s co-executive producer, writer, and story editor Frank Angones tweeted the dates and titles for new episodes when the show returns to Disney XD on September 21 (which we first heard about at Comicbook.com). That includes an hour-long episode titled “Let’s Get Dangerous” on October 19. There’s not much ambiguity with that title. But just in case, Angones confirmed the episode will be about the masked vigilante. He describes it as a “special Darkwing Duck event.”

Nineties kids know Darkwing Duck as the superhero alter ego of suburban dad Drake Mallard. Originally voiced by the legendary Jim Cummings, the character starred in his own series for three seasons and 91 episodes from 1991 to 1992. Thanks to syndication though, Darkwing was a cartoon staple for far longer.

While the show’s creator said in 2016 that Darkwing Duck took place in an alternate universe, DuckTales and Darkwing Duck have always been linked. Launchpad McQuack was the terror in the night’s sidekick. 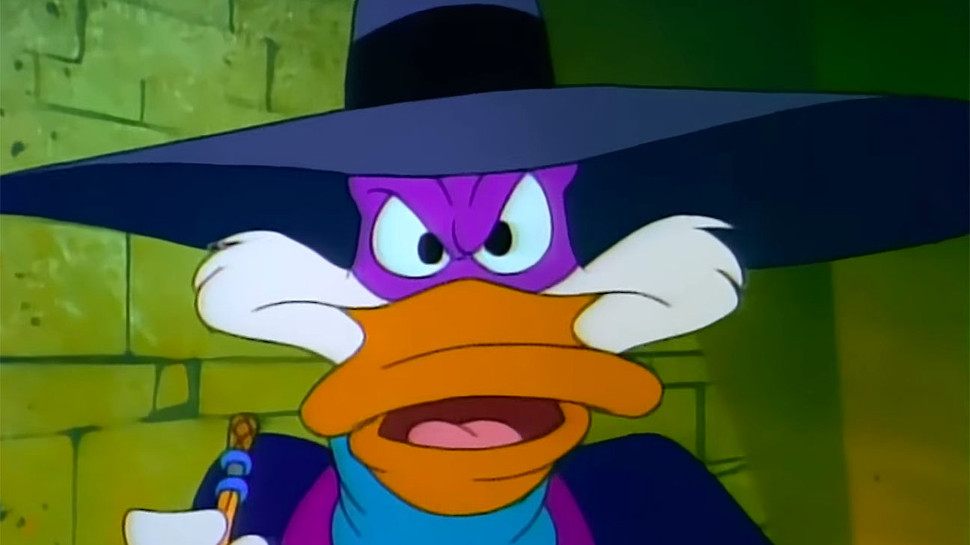 Darkwing has had a different backstory on the DuckTales reboot. He first appeared on the show in 2018’s “Beware the B.U.D.D.Y. System!” where it was revealed Darkwing Duck was the fictional star of an old superhero TV show. The character was originally voiced by an actor named Jim Starling. After being cast in the role for a then-cancelled movie adaptation, Drake Mallard decided to take up the actual mantle of the masked crusader.

The character has appeared on the show since then. However, this hour-long event will clearly be something special for Darkwing Duck fans.