DARK PHOENIX Initially Had Skrulls and a Big NYC Battle

Everything about Dark Phoenix is a bummer. It’s a bummer it wasn’t a better movie for the end of the already rocky X-Men franchise; it’s a bummer it did so poorly at the box office. There’s just an air of missed opportunities and unavoidable revisions through the whole thing. A shame considering the reputation of the comics, and the adaptations in other media. While we’ve known the entire finale was reshot, we didn’t quite know to what extent. Now a new interview with Tye Sheridan (Cyclops) sheds light on what could have been. Would it have been better? Who knows?

Spoilers for Dark Phoenix ahead.

During an interview with the ReelBlend podcast (we heard through Slashfilm), Sheridan explained how the initial ending of Dark Phoenix had a huge battle at the United Nations. Evidently, this was too reminiscent of Captain America: Civil War (heroes fighting heroes, etc.). But this ending also included Skrulls, the shape-shifting reptilian aliens who made their big screen debut earlier this year in Captain Marvel.

“It’s really hard for me to remember what the ending of this movie is. [laughs] Originally, it was scripted that Charles and Scott go to the U.N. because — man, I’m totally going to mess this up — they go to the U.N. because they’re going to try to tell the President that, ‘Hey, we’re under attack by aliens and, they’ve now captured Jean Grey.’ Or, you know, whatever it is that we’re going to tell him.

Kind of a lot to unpack there. First, the original ending had Charles Xavier trying to warn the president about an alien threat. I thought it was pretty weird that, even though Jean is clearly under the influence of a crazy cosmic entity–not to mention there are aliens at work in the form of Jessica Chastain–nobody ever tried to convey this message to anyone. 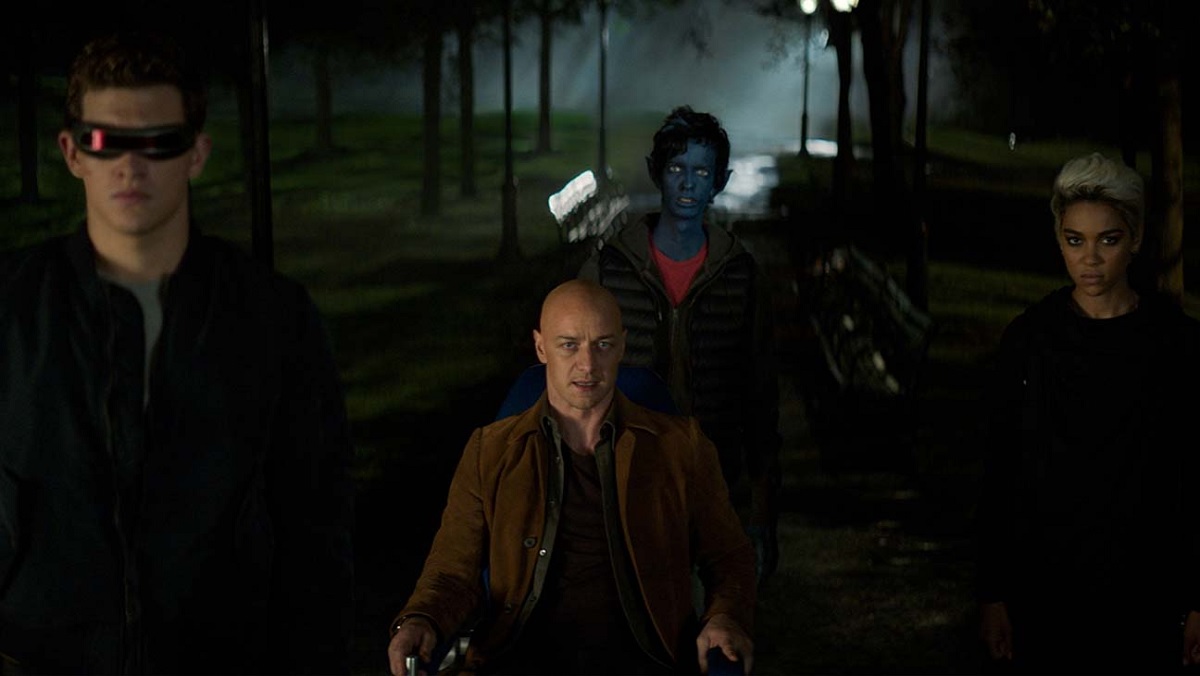 Second, the Skrulls had infiltrated the White House and the U.N. Now, in the finished film, the aliens are the D’Bari, an advanced shape-shifting race, so perhaps it could have still happened, just with the D’Bari in the place of the Skrulls. Still, a bit similar to Captain Marvel in either case.

And finally, maybe the biggest thing, the movie would have ended with Jean Grey winning. She’d have beaten the Skrulls and gone off to be a super powered cosmic force. Again, probably a bit too much like Captain Marvel, but closer to actually giving the titular character of the final X-Men film a decent send-off.

It’s fairly clear now that the Disney purchase of 20th Century Fox threw many wrenches in the many gears of the X-universe. We’ll probably never see The New Mutants, for example. But at least we know at one point, Dark Phoenix was going to have the big ending initially promised. So that’s a dream we can all have.