GET OUT’s Daniel Kaluuya to Produce BARNEY the Dinosaur Movie

After his fantastic starring performance in 2017’s Get Out and his compelling turn as the conflicted W’Kabi in 2018’s Black Panther, we would have said Daniel Kaluuya can pretty much do any project he wants and we’ll want line up to see it. Now that theory is really going to be put to the test. Well, at least it will be for those of us who don’t have any small children and have been trying to get a certain song unstuck from our head the last 25 years. The Oscar-nominated actor is going to produce a movie about the beloved purple dinosaur Barney.

In news we first heard at The Hollywood Reporter, Kaluuya and his new production company 59% is teaming up with Mattel Films and Valparaiso Pictures to produce a live-action film based on the popular kid’s television show character. The big purple dino promoted friendship, kindness, and togetherness via singing and dancing on the long-running Barney and Friends, which ran 14 seasons and 268 episodes from 1992 to 2009. 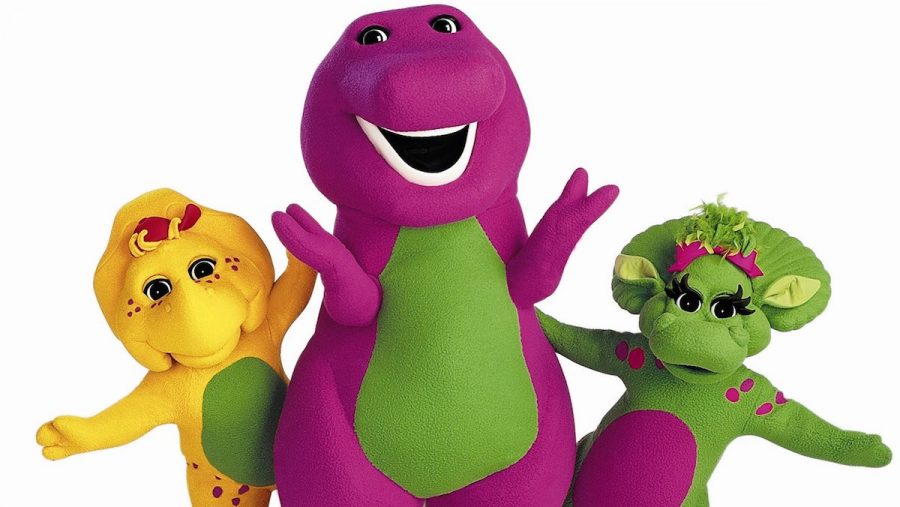 While this might seem like an unlikely move for one of Hollywood’s best young actors, Kaluuya explained in a statement announcing the movie why he he thinks it’s important to bring back the character for a new generation. “Barney was a ubiquitous figure in many of our childhoods, then he disappeared into the shadows, left misunderstood,” he said, “We’re excited to explore this compelling modern-day hero and see if his message of ‘I love you, you love me’ can stand the test of time.”

Stand the test of time? Just reading those lyrics already has that song stuck in our heads (where it will live for-freaking-ever). New movie or not we’ll never be able to forget Barney because of it.

It’s not hard to understand why any studio would want to be involved with Kaluuya after his last couple of years, but Mattel Films’ Robbie Brenner said in a statement he thinks Kaluuya will be able to help tell a new kind of Barney story that appeals to all ages. “Working with Daniel Kaluuya will enable us to take a completely new approach to Barney that will surprise audiences and subvert expectations. The project will speak to the nostalgia of the brand in a way that will resonate with adults, while entertaining today’s kids.”

We also bet it helps Mattel is going to be able to sell about a gazillion toys to go along with the movie. Because while Barney can teach us about loving one another he can also teach us about capitalism.

This film marks the eighth project for Mattel Films since it was first created a year ago. They have previously announced a Barbie film starring Margot Robbie that is being written by Ladybird‘s Greta Gerwig and Marriage Story’s Noah Baumbach, as well as a Masters of the Universe movie starring Noah Centineo.

So will those of us without small children hold to our promise to see anything Daniel Kaluuya is involved in? Probably. We love him and we love Barney. Plus, we know that purple dino loves us too.