It’s December, which means we’re headed towards the 2020 finish line. Feels good, right? We’re pretty ready for this garbage year to be over. And luckily, we have the holiday season left to usher us into 2021. We’re all about making this holiday season as joyful as possible. Because we deserve it. That can mean different things to different people depending on how they celebrate. For some, it may mean indulging in the silliest things the holiday season has to offer. Like this mashup of Daft Punk and Mariah Carey’s “ All I Want For Christmas Is You.”

The mashup was created by Media Matters editor-at-large Parker Molloy and posted to Twitter. (We first heard it thanks to BoingBoing.) It’s… certainly interesting. I mean, let’s face it. We’ve heard just about every iteration of this Mariah Carey classic at this point. But this one, with it’s strange vibrations and robot noises, feels the most appropriate for 2020. Because it’s weird, a little uncomfortable, and feels so wrong it almost feels right. In a year where literally nothing makes sense, maybe this can be our holiday anthem. 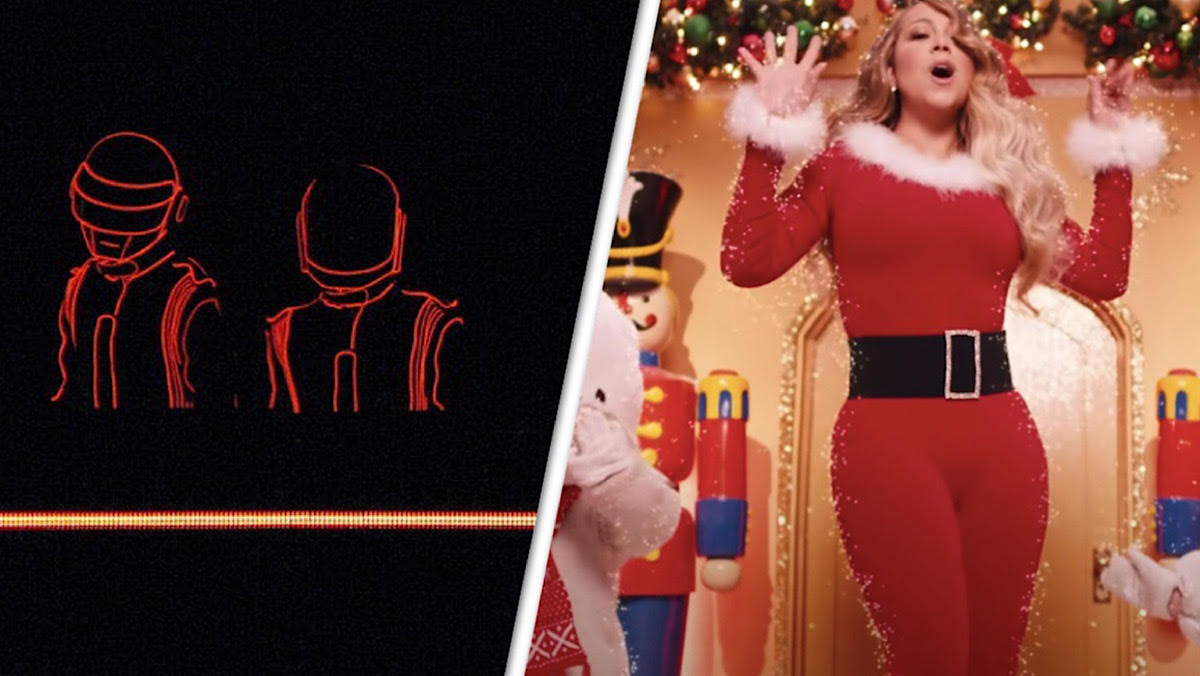 If you’re somehow not familiar with Mariah Carey‘s seminal Christmas song, first of all where are you from? The song is Carey’s biggest hit ever, a rousing international success. It topped the Billboard Hot 100 chart for the first time in 2019, which broke a number of records. The song has sold more than 16 million copies and is the best-selling Christmas single by a female artist ever. It’s also one of the best-selling singles of all time, period. Talk about impressive.

Daft Punk couldn’t be more musically different than Carey. The French electronic duo is known for their synthpop sound. They also have a hit iconic song: “Get Lucky,” which they perform with Pharrell Williams. Their first No. 1 on the Billboard Hot 100 was “Starboy,” a collaboration with The Weeknd.

Together, Mariah Carey and Daft Punk make… well, if not sweet, sweet music, at least some kind of music. We’ll take it.