If you were recently thinking about how much you missed the Roses in your life after that Schitt’s Creek finale, then you’re in luck. Moira (Catherine O’Hara), Johnny (Eugene Levy), David (Dan Levy), and Alexis (Annie Murphy) all made a delightful appearance this past weekend on YouTube Original’s Dear Class of 2020 special, a virtual commencement celebration. And they did so entirely in character. Via Mashable, Moira revealed they were invited by former President Barack Obama and former First Lady Michelle Obama themselves, who, according to her, are apparently fans of her work in The Crows Have Eyes 3. We always knew they had impeccable taste. 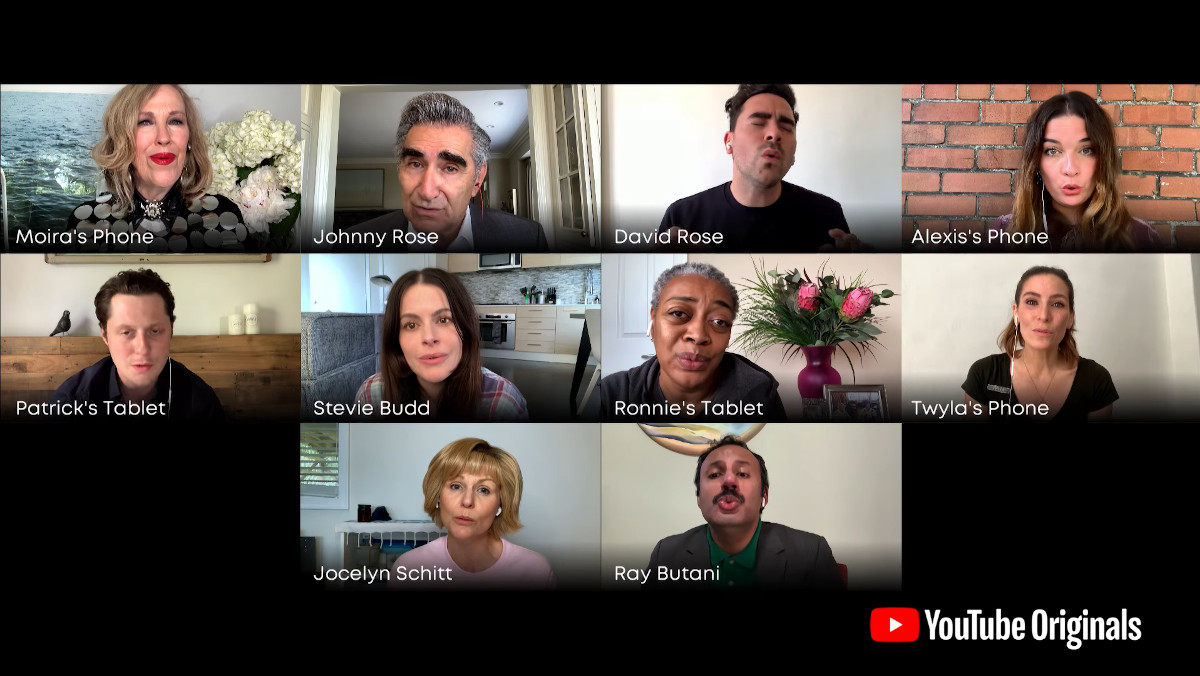 Joined by various other members of the Schitt’s Creek community, including Patrick (Noah Nicholas Reid), Twyla (Sarah Levy), Ronnie (Karen Robinson), and Stevie (Emily Hampshire), among others, the six minute block is one of pure joy and happiness… especially when Mariah Carey joins them.

The Rose family starts by sharing their heartfelt congratulations to the class of 2020—with some classic Rose antics of course. They also praise the educators who rose to the incredible challenge to guide students during the pandemic. Then, as others in the Schitt’s Creek community joined, they begin to sing the Mariah Carey classic, “Hero.” Patrick, of course, leads with his soulful voice.

While the rendition is beautiful on its own, Mariah Carey’s surprise cameo elevates the performance to new heights. Watching Dan Levy’s face when Mariah comes on screen would be enough to make anyone smile. Also, please note the wind effects on Mariah’s hair. After she thanks teachers and students, Carey gives David a personal shout-out. She sings him a snippet from “You Will Always Be My Baby.” It’s a Schitt’s Creek dream come true.

This is a lovely tribute to teachers for their immeasurable amounts of hard work. Watch every segment from Dear Class of 2020 on YouTube.