CD Projekt Red’s Cyberpunk 2077 will either be sexy or incredibly awkward. One thing’s for certain: it’ll be graphic. The Entertainment Software Rating Board has published a description of what players can expect from the game, which is one of the year’s most anticipated releases. The on-the-box warnings include “Blood and Gore;” “Intense Violence;” “Nudity;” “Strong Language;” “Strong Sexual Content;” and “Use of Drugs and Alcohol.”

A first-person, open-world RPG set in the futuristic Night City, players will get into all kinds of mischief in their Cyberpunk adventure. Shootouts, stabbings, and dismemberments are hardly shocking, but there are plenty of surprises in the rating summary.

“Some locations depict mutilated corpses with open chest cavities and/or exposed organs/entrails,” the summary reads. “During one quest, players assist a character by hammering nails through his hands and feet; screaming sounds and blood effects accompany the scene.” Sounds like a crucifixion. 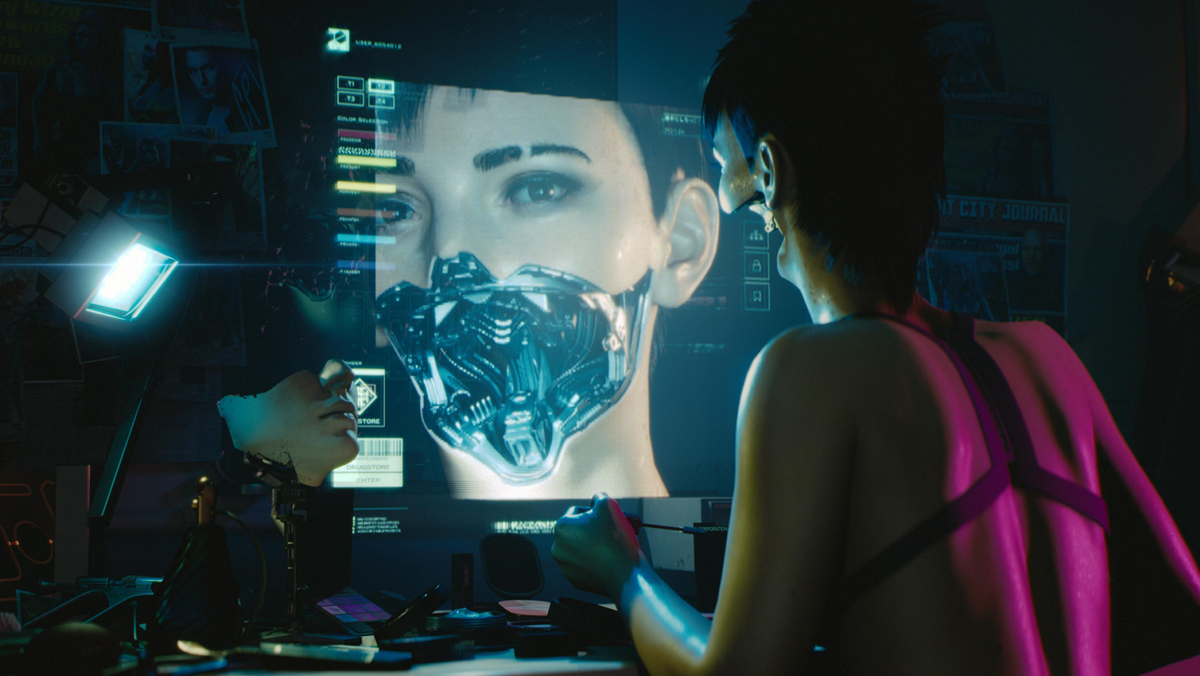 While choosing the player character’s gender expression and appearance, “customization can include depictions of breasts, buttocks, and genitalia, as well as various sizes and combinations of genitals.” The game will feature “brief” but explicit first-person sex scenes, including oral sex. It’ll also depict heavy use of fictional, “state-altering” drugs and the option to drive drunk.

“We really want to make a video game that’s really inclusive,” senior concept artist Marthe Jonkers told Metro last year. “You don’t choose your gender anymore. You don’t choose, ‘I want to be a female or male character.’ You now choose a body type. Because we want you to feel free to create any character you want.”

Games like Grand Theft Auto V and Wolfenstein: The New Order are among those that have used drug sequences and sex scenes effectively in the past decade; these things will always have a place in the medium. But it’ll be interesting to see how Cyberpunk 2077‘s anything-goes hyperrealism goes over with gaming audiences.

To read the full ESRB report (and it’s a doozy) click here.

We have important news to share with you pic.twitter.com/qZUaD6IwmM

Though initially planned for release in April 2020, the game was moved to September and then November. And now, as of October 27, the game is moving to December 10, 2020. CD Projekt Red cites the challenges in releasing the game on multiple consoles and multiple generations of those consoles.