Wake the fudge up Samurais, ’cause we have a city to burn and action figures to buy! That’s right, Cyberpunk 2077, the role-playing video game set to launch in April of 2020, will be accompanied by the release of Johnny Silverhand and male V action figures created by none other than Todd McFarlane’s McFarlane Toys. Johnny and V figures hit shelves at roughly the same time as the game’s release, and other figures based on the game’s characters will release between then and 2023. 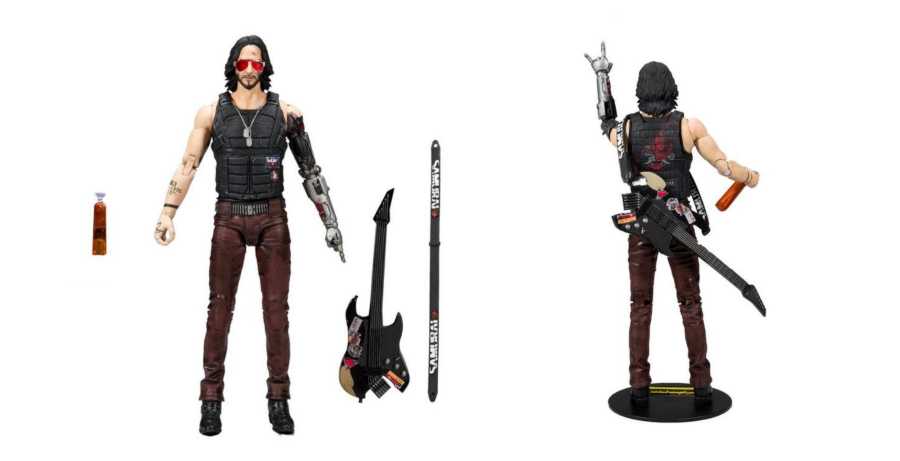 According to a recent press release, McFarlane Toys says that it has teamed up with PROJEKT RED, the video game developer behind 2077, to create a line of action figures that will be released over the course of three years, beginning in Spring 2020. The first wave will consist of 7- and 12-inch action figures based on Johnny Silverhand, a key character in the video game that itself will be based on, and voiced by, Keanu Reeves. (You know, that forever memeable legend of an actor so well loved that he even had a film festival dedicated solely to him.)

The Johnny Silverhand action figures will sell for $24.99 for the 7-inch version, and $39.99 for the 12-incher. The description provided by the figure’s order page on GameStop says that it will feature “ultra-articulation” thanks to 22 moving parts, and come with a base, Johnny’s guitar (with strap), “a bottle,” and an additional “Rock On” hand. A 7-inch male V action figure will also be included, although it isn’t clear if it will only come with the more expensive 12-inch Silverhand. V’s accessories will include a base, katana, Kang Tao-Dian submachine gun, and Militech Saratoga pistol. All figures will come in themed window boxes. 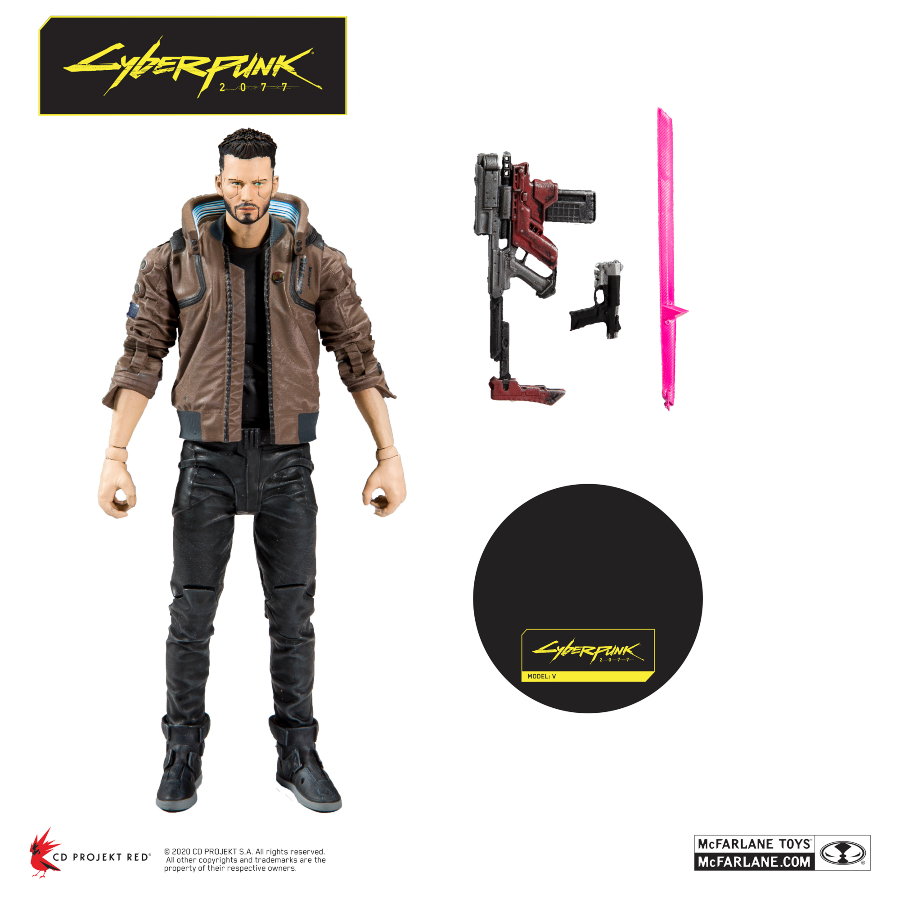 For those unfamiliar, Cyberpunk 2077 is a highly anticipated video game based on the classic tabletop roleplaying game, Cyberpunk 2020, which itself was released in 1990. The video game is set in the dystopian American megacity, Night City, and allows gamers to play as V, a mercenary outlaw who’s in pursuit of a unique implant that serves as the key to immortality. The game’s world, which is somewhat reminiscent of that in Snow Crash, is plagued by rampant gang wars and homelessness, and also features an extensive robot workforce that deals with everyday jobs like waste collection. There’s also widespread use of an endless assortment of cybernetic enhancements, collectively dubbed “cyberware.”

McFarlane Toys didn’t hint at what other Cyberpunk 2077 action figures will be coming down the pike, but if we had to guess, we’d say that a female version of V will come at some point, along with other members of Silverhand’s band, Samurai. Considering the toy company will be producing three year’s worth of action figures, just about every character will likely be transformed into a collectible. In other words, as long as people are willing to spend their hard-earned “Eddies” on the action figures, they’ll keep coming until IRL cyberware becomes a reality in… reality.