Earlier this year a photographer in Malibu, California captured drone video of sharks swimming breathlessly close to unsuspecting swimmers. Now, another beach watcher in Puerto Madryn, Argentina has recorded a similar candid, aerial video. But this time it’s of whales instead of sharks. And the whole experience feels a lot more Free Willy and a lot less Jaws.

BBC News reported on the incredible encounter, which photographer Maximiliano Jonas captured with a drone. Apparently the moment was completely random, with the featured paddle boarders suddenly finding themselves the subject of the whales’ curiosity.

“They were very peaceful and amicable,” Analia Giorgetti told BBC News. Giorgetti, the paddle boarder closest to the whales in the video, added that it was as if “curious children” had come for a visit.

In Jonas’ videos above (the latter of which comes via Caters Clips) we see the moment the curious Southern right whales visit Giorgetti and her fellow paddle boarder. Giorgetti remains completely calm throughout the encounter. Although she—very understandably—keeps all her limbs on top of her board.

It seems the “magical moment” only lasted a few minutes, but was a perfect gift for Giorgetti, as it was her birthday. The experience was so thrilling the paddle boarder said she had an adrenaline rush that lasted until 10 o’clock that night.  (We think ours would possibly last a bit longer now that we know Souther rights can weigh up to 176,000 pounds.) 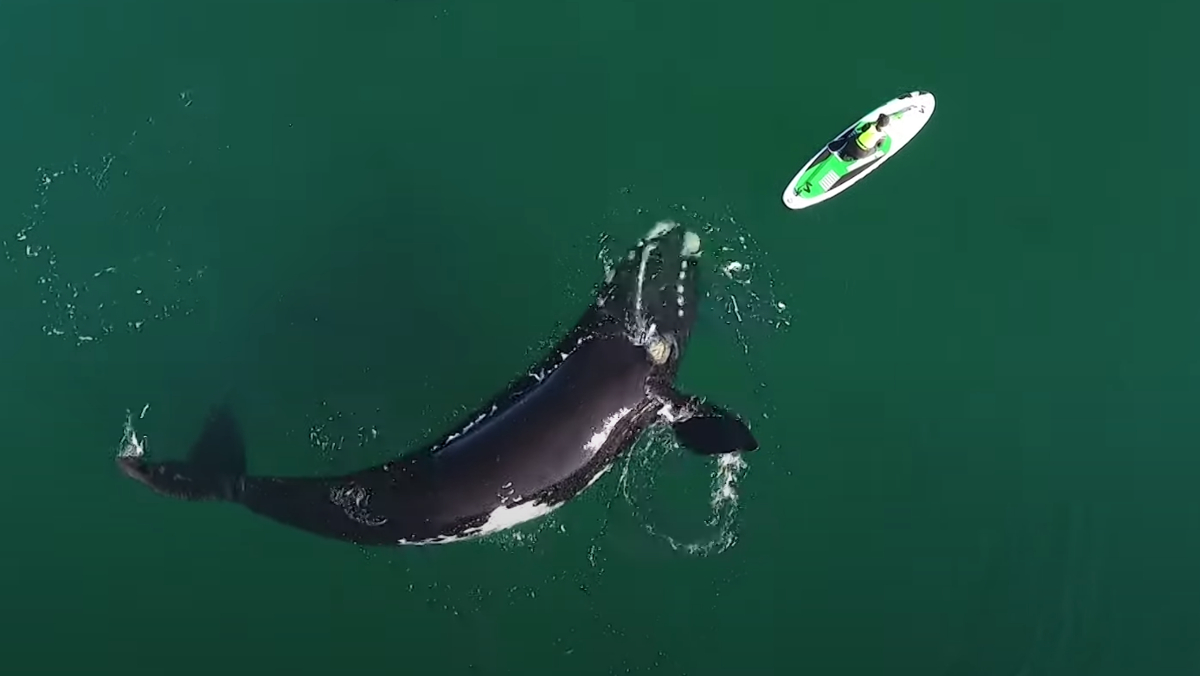 Anybody now in the mood for more aquatic zen moments, we have you covered. This aerial video of a fever of sea rays migrating in Australia is quite a delight. And, of course, there is a ton more whale activity happening all the time. Although some of it is not zen in the slightest.