Critical Role fans know the show’s cast can get pretty animated during a session. Now their characters actually will be. The Dungeons & Dragons crew is making the move from the web to Amazon. With an all-new animated series that will expand their world of heroes and monsters. And the first look at character art for The Legend of Vox Machina shows the series will be an epic new chapter in the tales of Percival de Rolo, Pike Trickfoot, Grog Strongjaw, Scanlan Shorthalt, Keyleth, Vax’ildan, and Vex’ahlia. 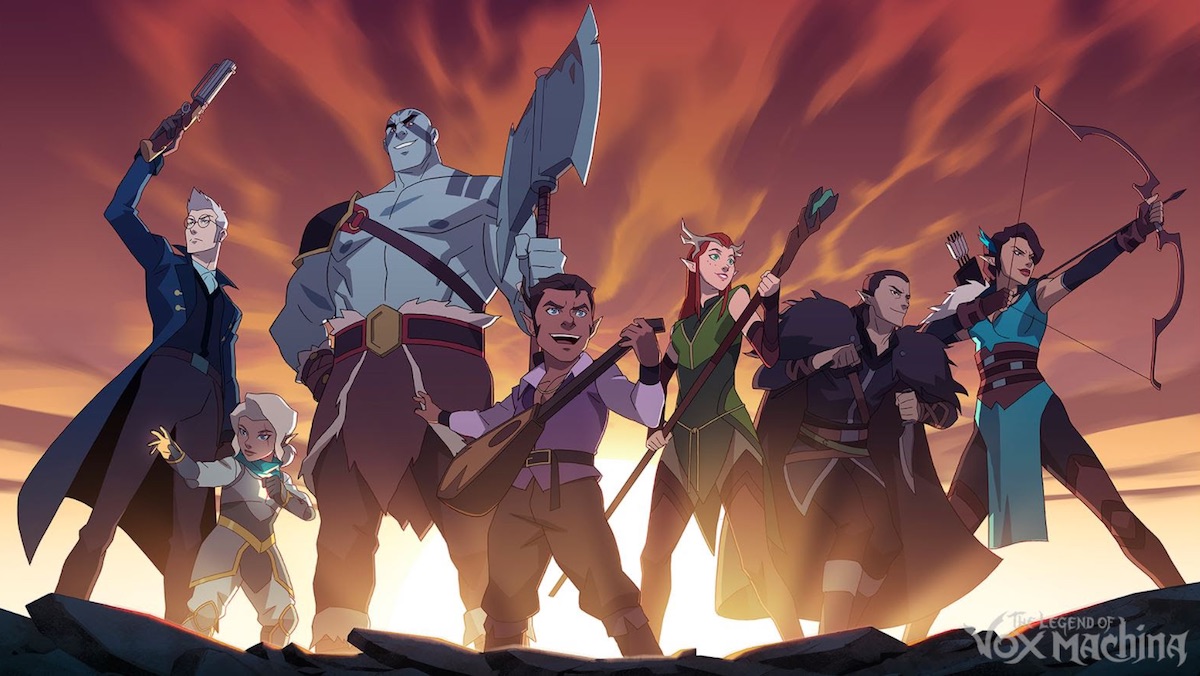 Critical Role shared the first glimpse at their upcoming animated show’s characters. The heroic group made its debut during the latest installment in Critical Role‘s behind-the-scenes digital series. They also revealed Phil Bourassa (Young Justice, Batman: Bad Blood, Justice League) will serve as the lead character designer on The Legend of Vox Machina.

Fans of Bourassa’s work can see how he has translated his style to Critical Role‘s D&D universe.

The series will give the show’s loyal fanbase a chance to see their favorite performers’ characters in action. In a story that will feature some—ahem—deadly foes. Here’s the show’s official synopsis:

“The Legend of Vox Machina follows a group of second-rate adventurers on a quest to save the realm from terrifying monsters and dark magical forces. Throughout the first season, our characters will face undead giants, overthrow a sinister necromancer, and confront a powerful curse that has taken root inside their own group. Through it all, they learn how to function as a team, and discover they’re much more than that: they’re family.”

The series follows the group’s successful 2019 Kickstarter for a 22-minute The Legend of Vox Machina animated special. What followed was “the most-funded TV, film or animated project in Kickstarter history.” The campaign raised over $11.3 million. Enough for 24 episodes and two seasons.

We already know how they can guarantee funding for a third season: sell posters of this character art. Critical Role fans would love to hear that.