Plot your courses for a new destination, a place where sci-fi fandoms will collide: Creation Entertainment’s Sci-Fi Summit!

Taking place September 10-12, 2021, The Sci-Fi Summit New Jersey brings together guests from multiple universes. Guests can catch events and panels with stars from Star Trek, The Mandalorian, The Umbrella Academy, The Flash, and The Expanse. The event offers photo ops and autograph signings with all your faves, plus a cosplay contest and karaoke among other items on the schedule. This year marks the 50th anniversary of Creation Entertainment, so they’re going all out and bringing fan conventions back in style.

Star Trek fans will be partying in honor of the 55th Anniversary of the franchise as the original series began on September 8, 1966. Special convention guest William Shatner starred, of course, as the iconic Captain Kirk, and he will be celebrating his 90th birthday year with those in attendance. A brand new documentary on Shatner’s amazing career will be screened during the convention. 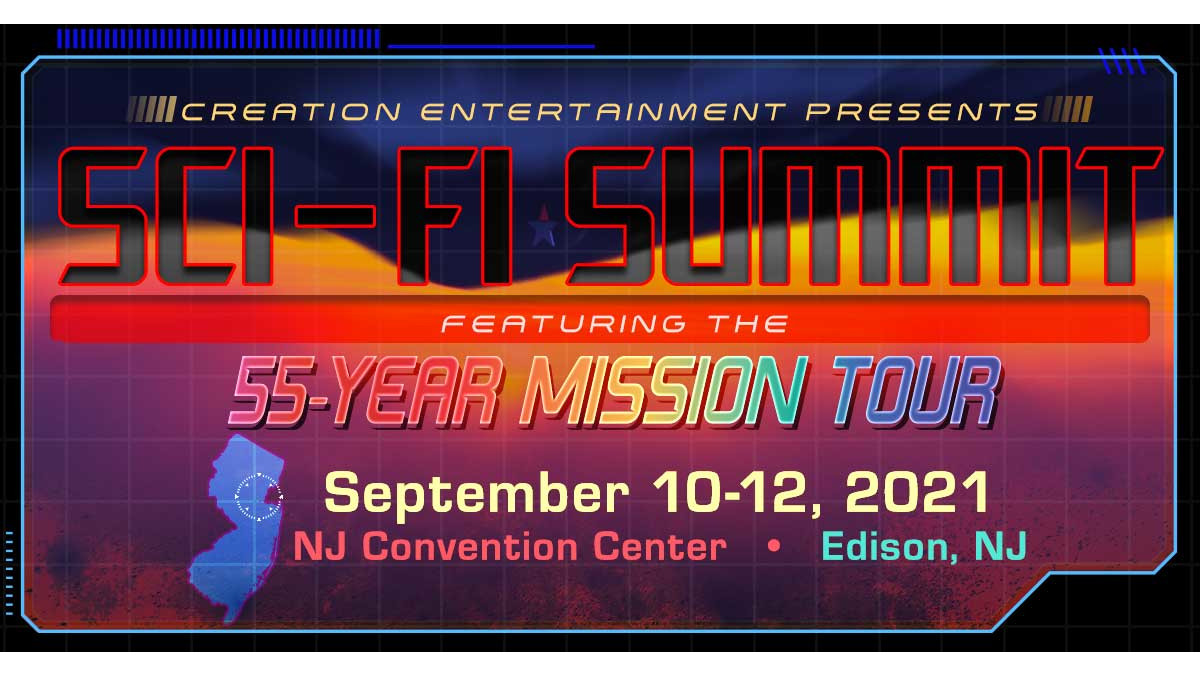 Along with the dazzling celebs, you can browse a vendor hall full of cute fandom everything. Also you can sing your heart out at karaoke and test your knowledge at trivia games and show-off your cosplay all weekend. If you regularly listen to the Women at Warp or Priority One podcasts, you can meet those hosts too. Yep, Creation Entertainment will host Kennedy Allen, Sue Kisenwether, and Elio Lleo.

We’re only showing the tip of the fandom iceberg here. The schedule is packed with a mile-long list of guests and activities. The Sci-Fi Summit will take place from September 10-12, 2021 at the New Jersey Convention and Expo Center. Get your tickets, autograph and photograph sessions, and all the information you need at Creation Entertainment’s website.