An international team of scientists has discovered a gamma-ray “heartbeat” in a cosmic gas cloud in the constellation Aquila. The scientists say the heartbeat is beating in rhythm with a miniature black hole feasting on a nearby star… but the connection between the heartbeat and active black hole remains a mystery, as the two are 100 light years apart.

The scientists behind the discovery, led by Jian Li at the DESY national research center in Germany and Professor Diego F. Torres at the Institute of Space Sciences in Spain, outlined their findings in a paper recently published in Nature Astronomy. The discovery was made after the researchers analyzed ten years of data collected by NASA’s Fermi space telescope.

The miniature black hole-star pair apparently powering the heartbeat—dubbed SS 433—is referred to as a microquasar. A microquasar arises when a stellar-mass black hole accretes (or sucks in) matter from a partner star. Subsequently, this accretion disk becomes so hot from friction that it begins to emit gamma rays. 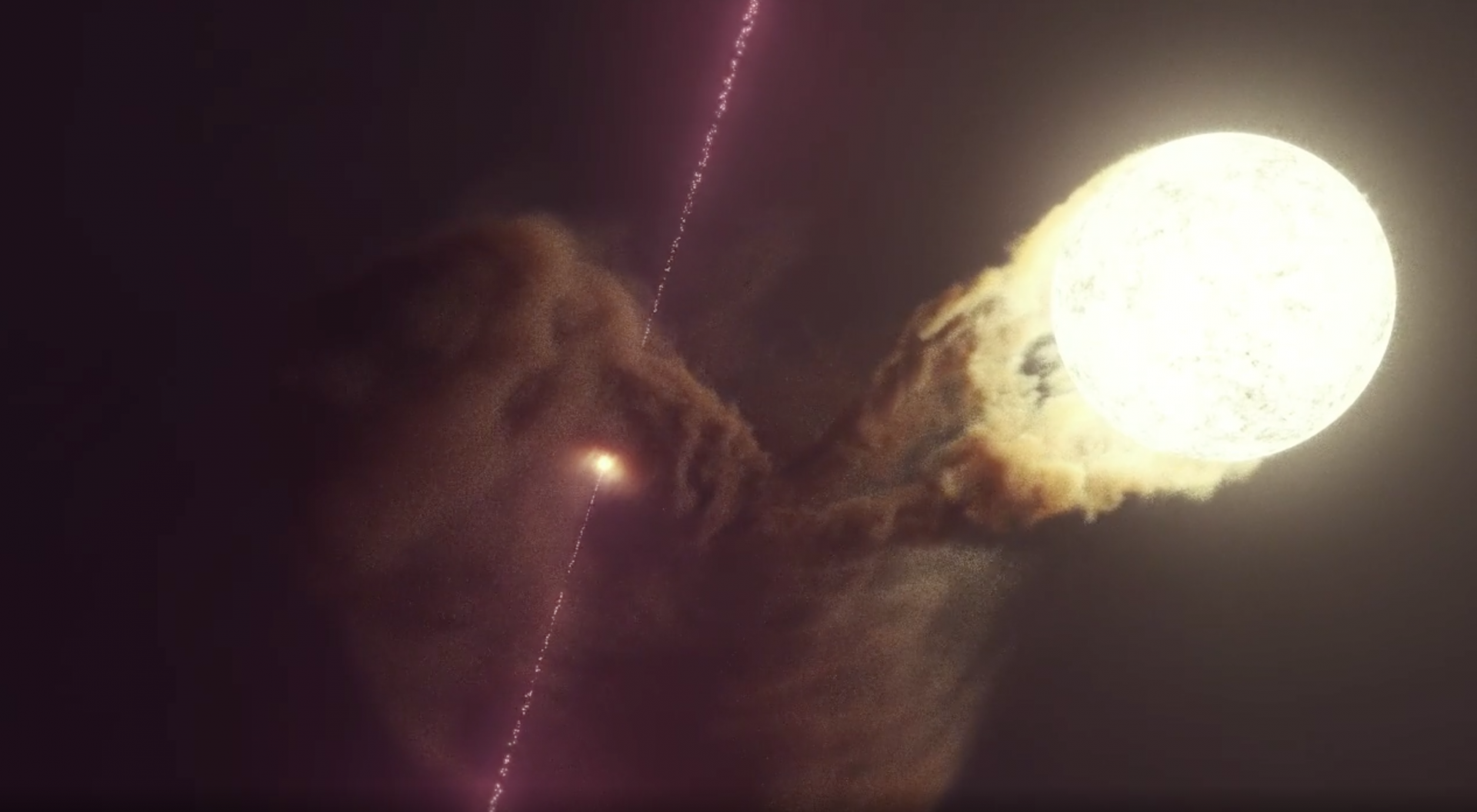 “This material accumulates in an accretion disc before falling into the black hole, like water in the whirl above the drain of a bath tub,” Li said in a DESY press release that comes via Gizmodo. “However, a part of that matter does not fall down the drain but shoots out at high speed in two narrow jets in opposite directions above and below the rotating accretion disk.”

SS 433’s accretion disk does not lie in the orbital plane of the black hole and its partner star, however. The accretion disk sways, or precesses, spinning like a top on a slanted table. “As a consequence, the two jets spiral into the surrounding space, rather than just forming a straight line,” Torres added in the press release. 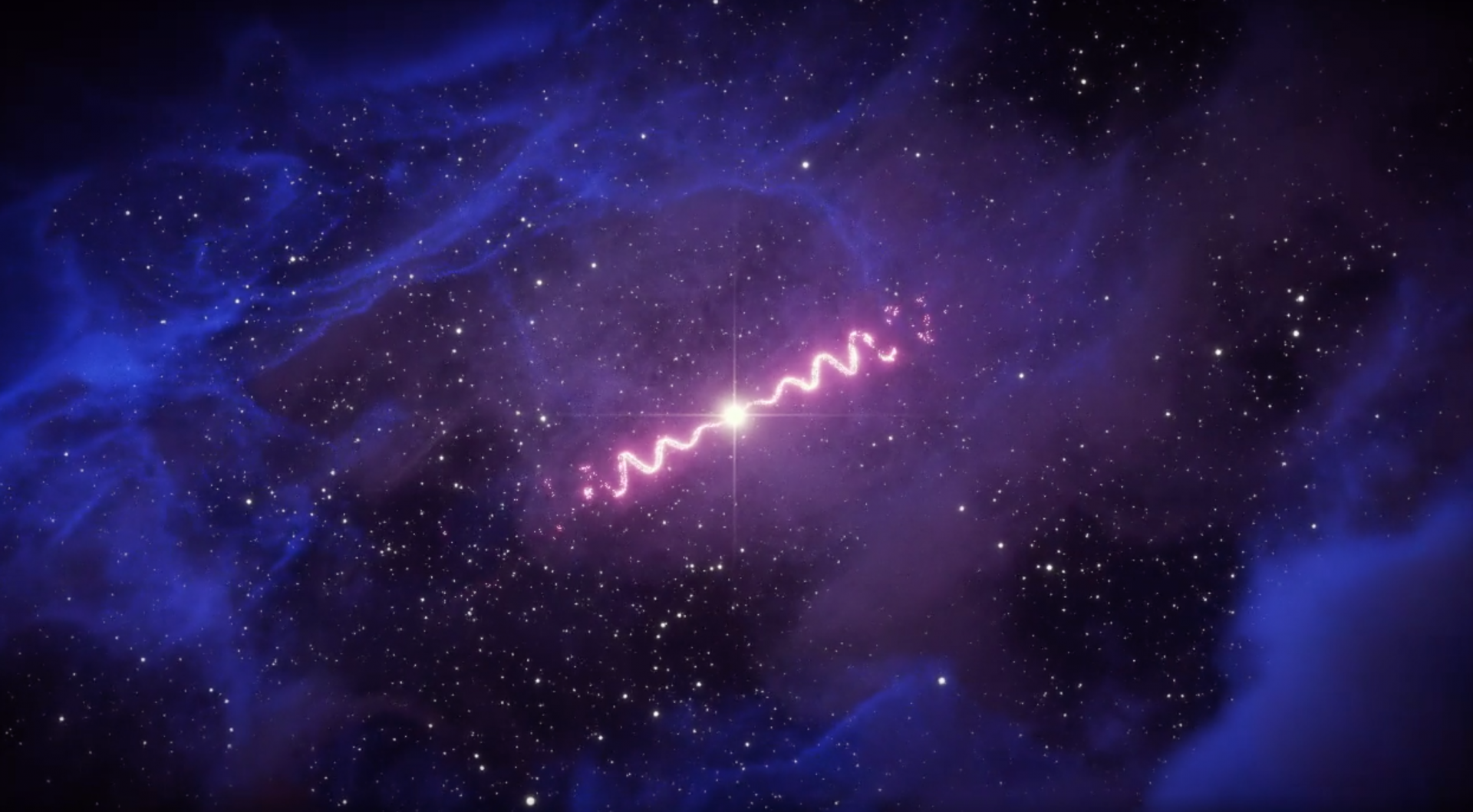 The so-called heartbeat in the cosmic gas cloud caused by the microquasar’s jets is referred to as Fermi J1913+0515. The scientists were able to link SS 433 and Fermi J1913+0515 thanks to their synchronicity. The timing of the former’s sway and the latter’s gamma-ray beat both have a period of 162 days.

“Finding such an unambiguous connection via timing, about 100 light years away from the micro quasar [sic], not even along the direction of the jets is as unexpected as amazing,” Li said in the press release. The best guess at an explanation at this point is that “fast protons,” which are the nuclei of hydrogen atoms, are being injected into the beating cloud; once there, they run into gas and produce gamma rays. Both the microquasar’s jets and the black hole itself generate the fast protons. 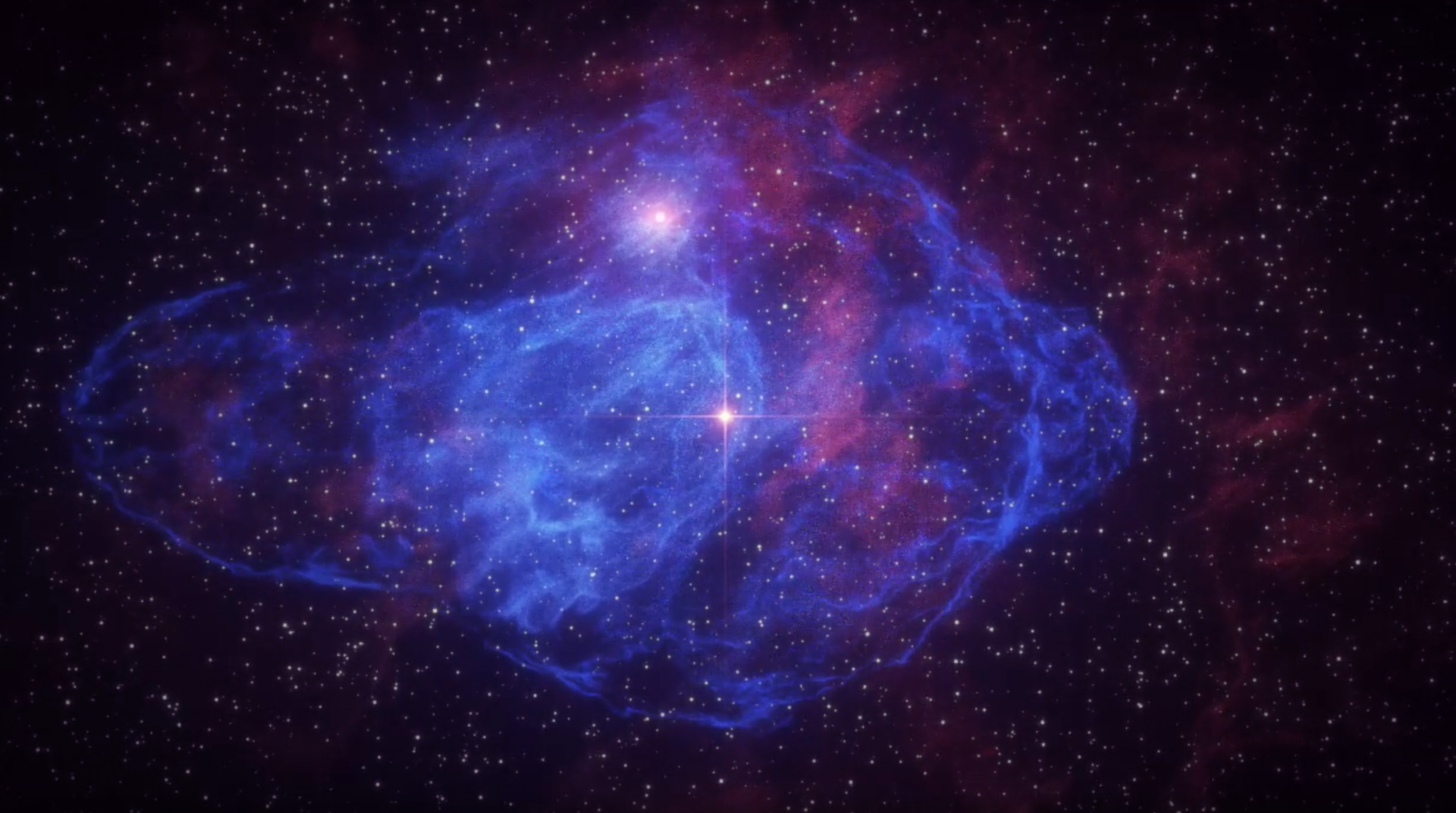 Moving forward, the scientists say they’ll need to make more observations and perform theoretical work to fully explain the heartbeat. In the meantime, Li says that “SS 433 continues to amaze observers at all frequencies and theoreticians alike.”